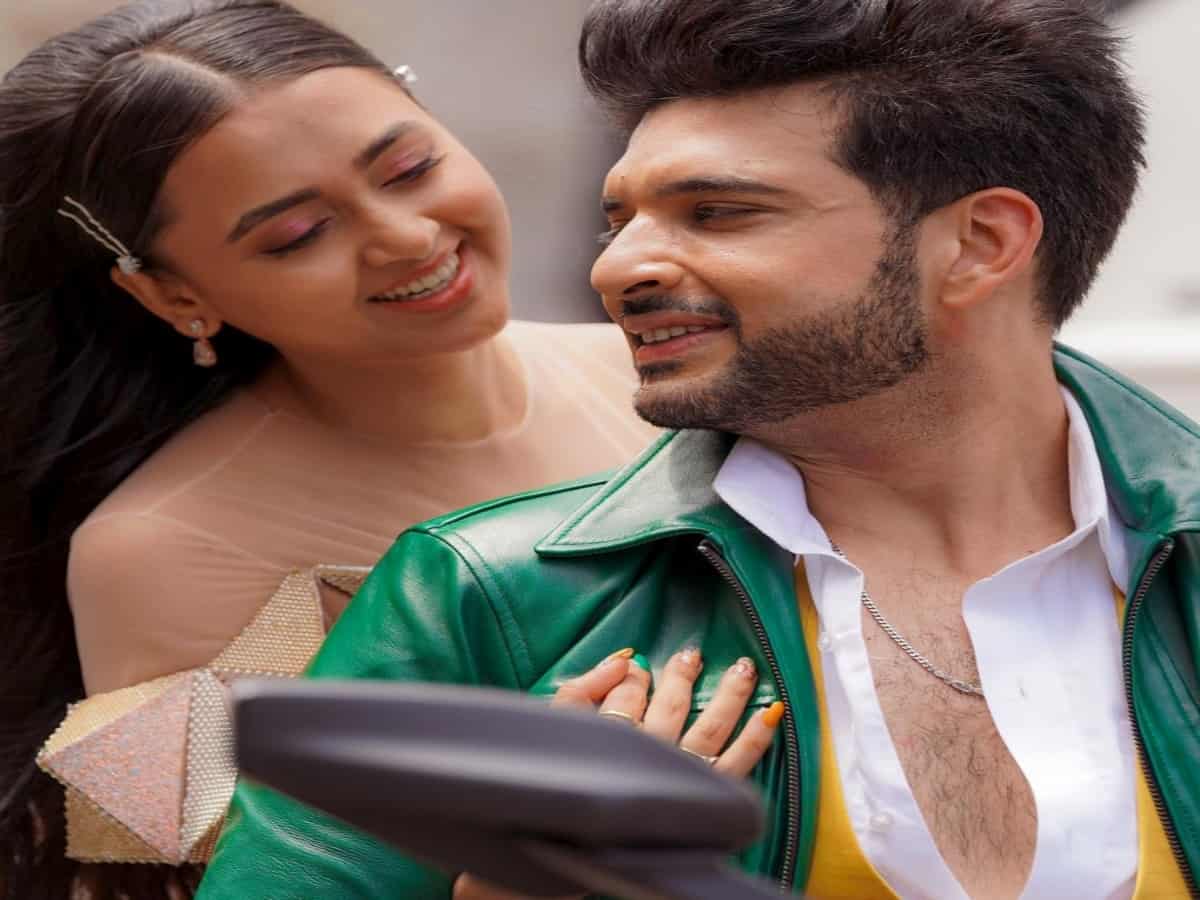 Mumbai: Popular TV stars Tejasswi Prakash and Karan Kundrra never fail to grab attention for their chemistry every time they step out together. Their love story began inside the Bigg Boss house and has been blossoming into a strong relationship ever since.

Termed the IT couple of the television industry, they never fail to show their love either on-screen or off-screen. Recently, a cute video of ‘Tejran’ as lovingly called by their fans, has gone crazy viral with netizens going gaga over them.

In an adorable promo video posted on the Colors TV official Instagram handle, the ‘Naagin’ actress Tejasswi can be seen expressing her love and going down one knee for her beau Karan.

In the video, Tejasswi Prakash enters the stage to a romantic song playing in the background and sends flying kisses to an elated Karan Kundrra, who then joins her on stage. She then takes him by surprise by going down on one knee in front of him and proposing to him with a rose. Karan then hugs her and says, “Jabse Tejasswi mere life mein aayi hai, tabse mere life badal gayi hai (My life has changed ever since Tejasswi entered it).”

Their display of affection for each other has sent fans into a frenzy. Many took to social media to share kind messages about the couple and their journey so far.

Recently, Colors TV also dropped a promo of the couple co-hosting a special episode of Dance Deewane Juniors. Well, after this endearing video, fans are eagerly waiting for them to see together on screen.

Furthermore, rumors of Karan Kundrra joining Tejasswi Prakash in her show Naagin 6 are rife on the internet. Well, if the rumors are to be believed, ‘Tejran’ fans are in for a double treat.