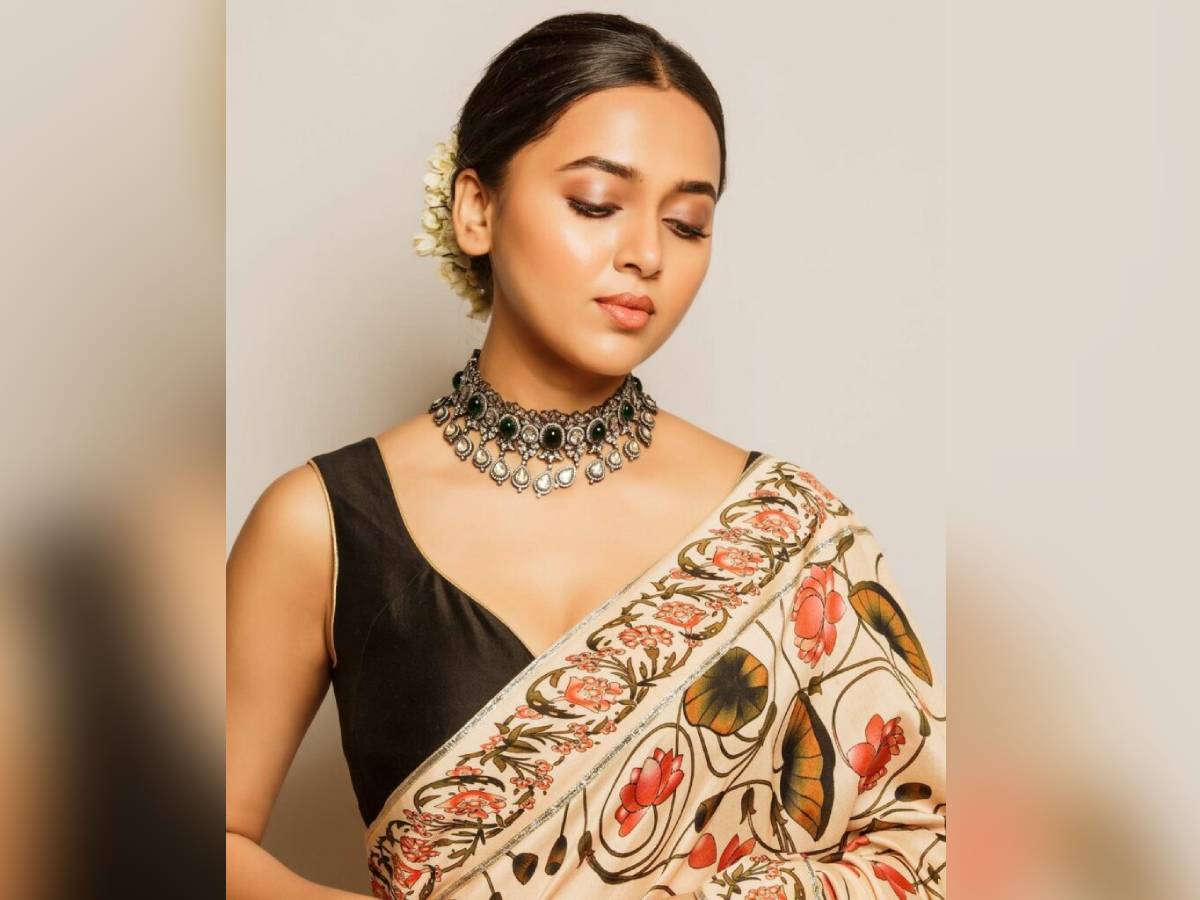 Mumbai: Television actor and Bigg Boss 15 winner, Tejasswi Prakash never fails to catch the eyeballs with her amazing looks and this time the actor, on Wednesday, shared a series of photographs in a printed saree with a backless blouse, setting social media on fire.

Tejasswi took to her Instagram handle and dropped several pictures where she left her fans amazed with her jaw-dropping look. Tejasswi donned a beautiful printed saree with a black backless blouse which stole the limelight.

She accessorised her outfit with silver jewellery and styled her hair into a bun that was adorned with flowers.

She opted for light makeup and looks absolutely gorgeous in these clicks.

Recently, Tejasswi is all over the headlines as fans catch a glimpse of Karan Kundrra and Tejasswi’s PDA-filled moments. Karan and Tejasswi attended their friend Vanessa’s birthday bash where they had a gala time with each other.

Several pictures and videos from the intimate party have been doing the rounds on the internet. In one of the clips, the lovebirds are seen kissing each other passionately. The particular video has left the couple’s fans in awe of them. To note, Karan and Tejasswi fell in love with each other during their stints on ‘Bigg Boss 15‘.