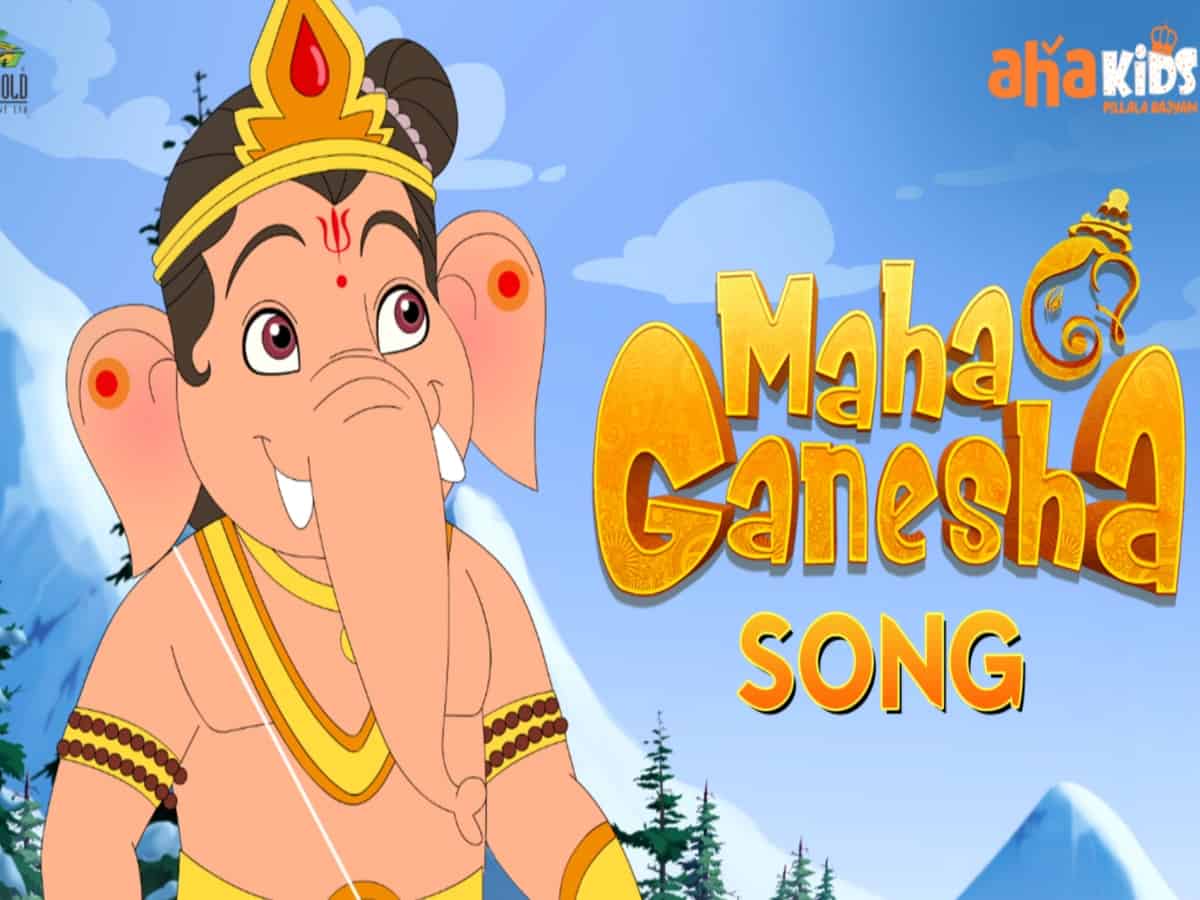 Hyderabad: Telugu language OTT platform Aha introduced a new segment for kids targeting the younger audience. The platform is all set to bring out its first ever animated original, MahaGanesha which will release on 10th September, commemorating the auspicious occasion of Vinayaka Chaturthi.

The eight-episode series is produced by Green Gold Animation Pvt. Ltd, marking the first collaboration between aha and the production house. The show looks at the mythological story in a new light and is bolstered by striking visuals, alluring soundscape, special effects that are sure to win the fascination of kids and adults alike.

MahaGanesha is written by Kaushik Karra while Srinivasa Sarma Rani composes the music. G.D.R Mohan, and A GangarajCharan are the animation directors for the show whose voice direction is supervised by T.A.K Kumar. Binayak Das and Shyamal Chaulia serve as the series directors for the same.

“It’s with immense pride I state that aha is surging ahead in the number game barely within one and half years into its launch. The platform has expanded its reach to over 40 million unique visitors across 190 countries, with over 11 million downloads. aha’s top priority has been to create local content that appeals to all age groups and our team is leaving no stone unturned to entertain viewers across all genres. aha Kids is our attempt to reinstate the importance of our roots and tell ‘mana kathalu, mana viluvalu’ (our stories and our values) to a new generation,” Ajit Thakur, aha’s CEO, stated.

Rajiv Chilaka, CEO of Green Gold Animations Pvt. Ltd., said “aha has redefined the standards of storytelling with its wide array of content in the Telugu digital space. I and our team at Green Gold Animation are proud to associate with a brand like aha that has reinvented itself to cater to the varying tastes of audiences. We’re sure that MahaGanesha is only the beginning of a long, memorable association with aha. MahaGanesha is a top-class web original that uncovers the legend of the Vinayaka Chavithi festivity made with strong technical standards and terrific aesthetic values. There’s no better way for families to celebrate Vinayaka Chavithi than watching MahaGanesha with their kids.”