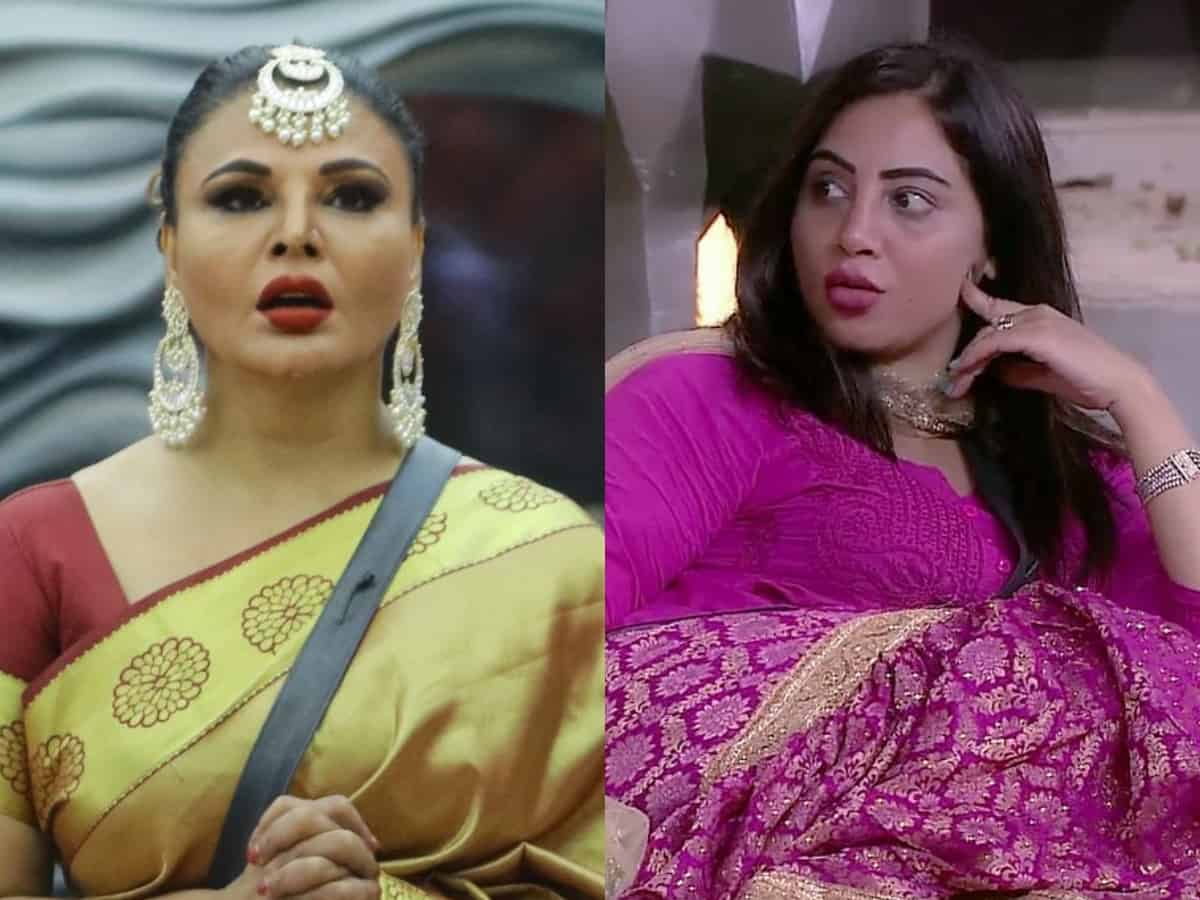 Mumbai: Eversince the controversial queens Rakhi Sawant and Arshi Khan entered Bigg Boss 14 as challengers, the entertainment quotient of the reality show has seen an all-time high. They keep grabbing viewers’ attention with their hilarious antics.

However, Rakhi Sawant’s recent comment on Arshi Khan is quite sensational and has not gone well with the actress.

To which, Rakhi said, “Teri laash ka kafan milega” (You will get your dead body’s shroud).” Listening to her sensational comments, Arshi Khan said that her family will come and slap her if she continues to say this. She also appealed to host and superstar Salman Khan that he needs to see Rakhi’s behaviour.

When Aly Goni too tried to stop Rakhi from using such words, the actress defended herself and said that her statement was in response to something that Arshi had told her.

In th earlier episode Arshi Khan too passed an ‘unacceptable’ statement to Rakhi which was: “Heart attack aake tu mar jaaye, teri kabr khod rakhi hai.” (May you die of heart attack. Your grave has already been dug).”