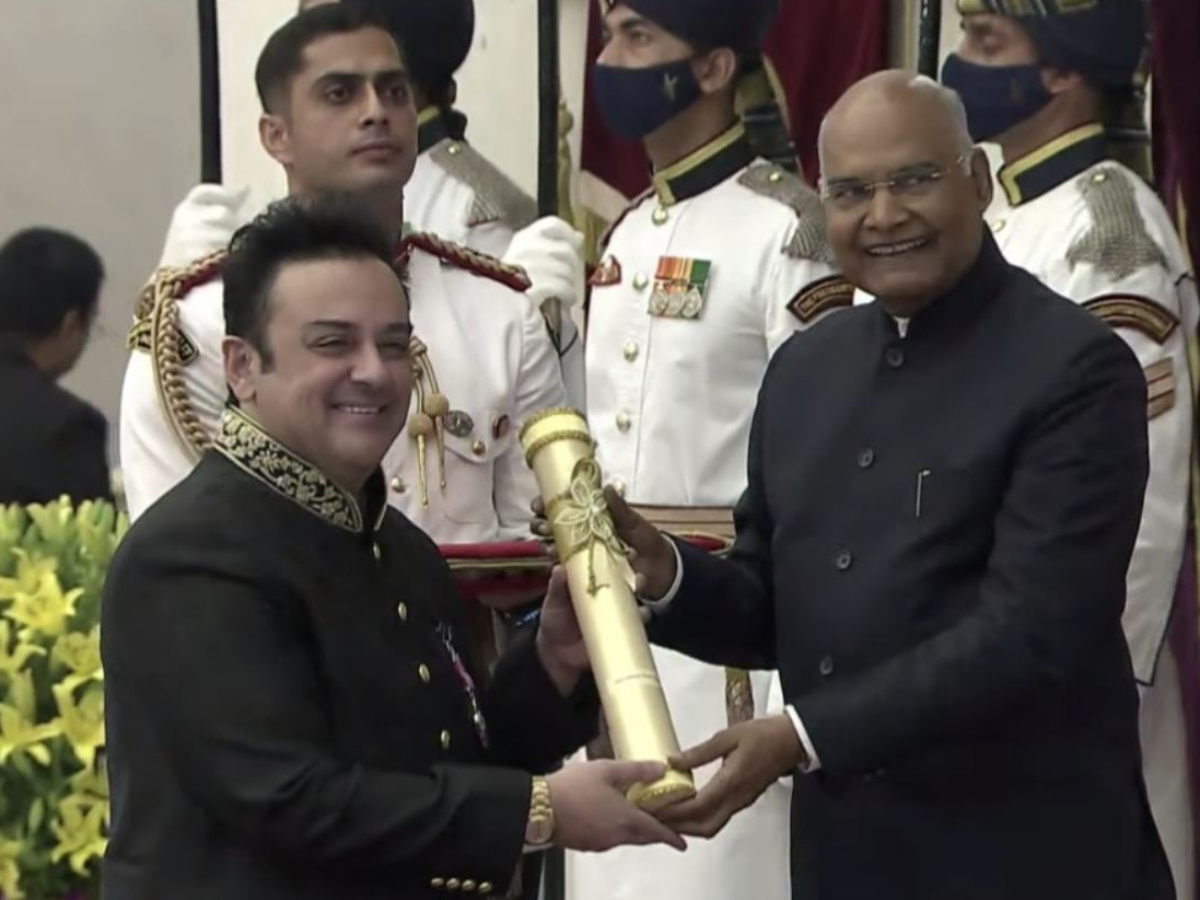 New Delhi: From ‘Lift Kara De’, ‘Kabhi Toh Nazar Mila’ to ‘Bhar Do Jholi Meri’, Bollywood singer Adnan Sami has undoubtedly entertained music lovers with his versatile songs in a career spanning over 25 years, and now getting honoured with the Padma Shri, India’s fourth-highest civilian award, must be one of the biggest milestones of his life.

Considering Adnan’s work, it won’t be right to say that he does not deserve the honour. However, several people got irked when his name was announced to be bestowed with Padma Shri as he’s born in Pakistan.

Adnan applied for Indian citizenship in 2015 and became a citizen of the country in January 2016. November 8, 2021, will always hold a special place in Adnan’s heart as he finally received the prestigious award after facing huge backlash.

Several pictures and videos of Adnan Sami receiving the award from the President have been doing the rounds on the internet. Fans have also sent congratulatory wishes to him on Twitter and Instagram.

“Congratulations Adnan for the award. Thank you for giving us soulful songs,” a Twitter user wrote.

“Proud moment for your family, friends and fans. Good luck,” another one tweeted.

For the special occasion, Adnan chose to wear a black sherwani with golden embroidery around the neck.

After being conferred with Padma Shri, Adnan Sami spoke to ANI and shared that he would like to dedicate the award to his parents.

“Sometimes you don’t have words to express yourself. Thankful to Govt. Thankful to people, nothing is possible without them. I dedicate this to my father-mother. It’s not only an honour but also a responsibility, which I’ll try to carry out well,” he said.

Known as the Sultan of Music, Adnan, who was accompanied by his wife Roya Faryabi at the award ceremony, is considered one of the fastest keyboard players in the world