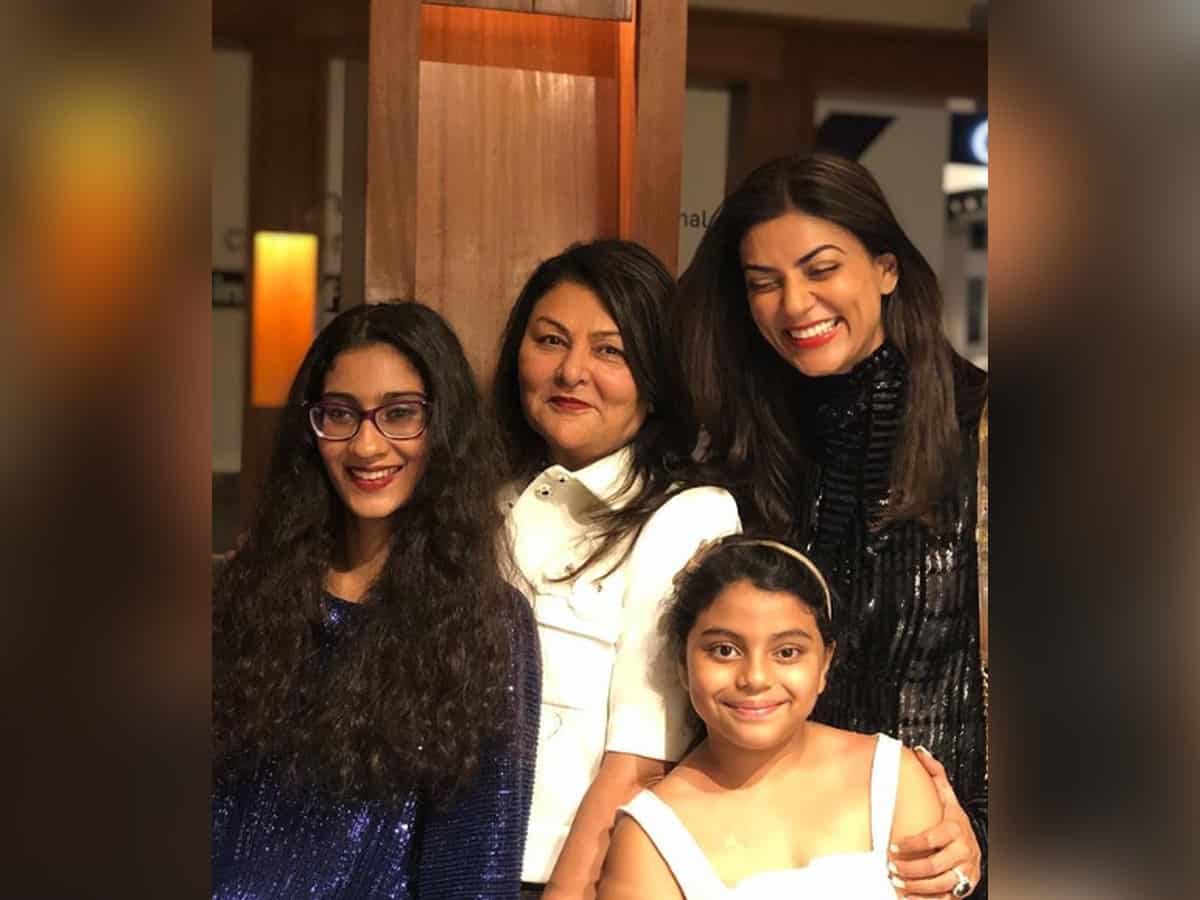 New Delhi: Addressing mothers as “nurtures” on the occasion of Mother’s Day, Bollywood actor on Sunday shared priceless throwback pictures of herself with her mom, teachers and daughters with a heartfelt note on social media.

The former Miss Universe took to her Instagram handle and posted a series of heart-melting throwback pictures where she is seen posing with her mother- Subhra Sen; daughters-Renee Sen, Alisah Sen and her Kathak dance instructor- Pritam Sikhare.

While giving a shout-out to all the mothers, Sushmita wrote, “Happpyyyyy Mother’s Day to all nurturers!! I thank God for all of you!!”

“To my Maa…no matter how difficult it gets, you always prevail!! No wonder then, your happiness is contagious. Here’s to better health and your infinite joie de vivre you’re my rock..star!!! I love you!!!” she wrote further.

The 45-year-old shares a special bond with her dance instructor Pritam Shikhare. She often shares pictures and dance rehearsal videos with her, referring to her as a mother figure.

To express her love for them on Mother’s Day, she penned, “To my Shobha Amma and Pritam Maa @pritam_shikhare. Thank you for being a divine source of love, strength and support through some pretty trying times…ensuring I always came back stronger!! Such a blessing to be born to your hearts…I love you!!.” Sushmita concluded the note with the hashtag ‘Shakti’ (power) in her caption.

The diva is herself a mother of two girls, Renee Sen and Alisah Sen. She adopted her elder daughter Renee in 2000 and her second girl, Alisah, in 2010.

To raise her daughters and give them the proper nurturance they require, Sushmita took a break her from acting career. She once shared in an interview “I asked myself, do I really want to do this. With a baby at home and my companies, the I AM Foundation, I have a lot more that needs my attention right now. It’s time to focus on them.”

But as her younger daughter Alisah turned 10, Sushmita made her comeback with the Indian crime drama web television series ‘Aarya’ for which she had bagged the title ‘Best Actor in drama series’ at eminent entertainment award platforms like Filmfare, Dada Saheb Phalke, Film Critics Guild, Raj Kapoor Award.

Currently, she is shooting for Season 2 of the series. Directed by Ram Madhvani, Sandeep Modi, and Vinod Rawat ‘Aarya’ is an official Indian remake of a popular Dutch show ‘Penoza’.