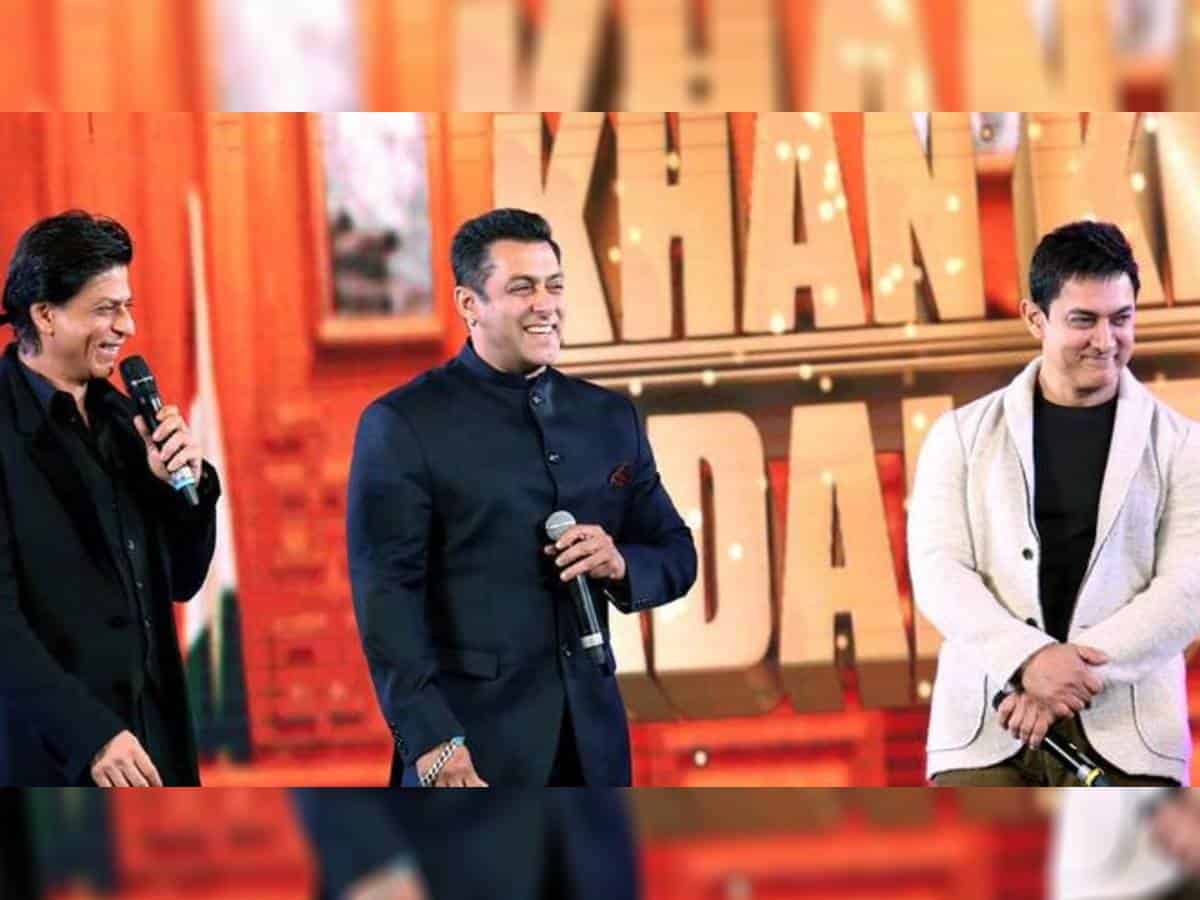 Mumbai: Bollywood superstars Salman Khan, Shah Rukh Khan, and Aamir Khan need no introduction. They have and will always rule the Hindi film industry for their evergreen films, and charismatic on-screen presence. It is always a treat to watch these stars working their magic on the silver screen but it gets better when they all come together. Ever since sharing the stage in Aap Ki Adalat, the three Khans of Bollywood haven’t been seen together in one space.

Well, what is better than uniting in India’s suave chat show Koffee With Karan? If the report by Telly Chakkar is to be believed, then we will soon be witnessing the 90’s ultimate dream of watching Salman Khan, Shah Rukh Khan, and Aamir Khan sharing the screen.

Yes, you read that! Megastars Salman Khan, Sha Rukh Khan, and Aamir Khan will be making their group debut on the show. It would certainly be interesting to see the three Khans on the same podium after a long time.

The news has garnered a lot of attention within no time and fans are excited to see this grand reunion.

Over the past few days, many popular names like Sara Ali Khan, Janhvi Kapoor, Arjun Kapoor, Malaika Arora, and Kareen Kapoor Khan among many others have been popping up with respect to the guests appearing for the season 7 of Koffee With Karan.

However, the show was heavily criticised following the death of actor Sushant Singh Rajput two years ago. It was slammed in regards to the Rapid Fire round and was accused of bullying the ‘Dil Bechara’ actor.