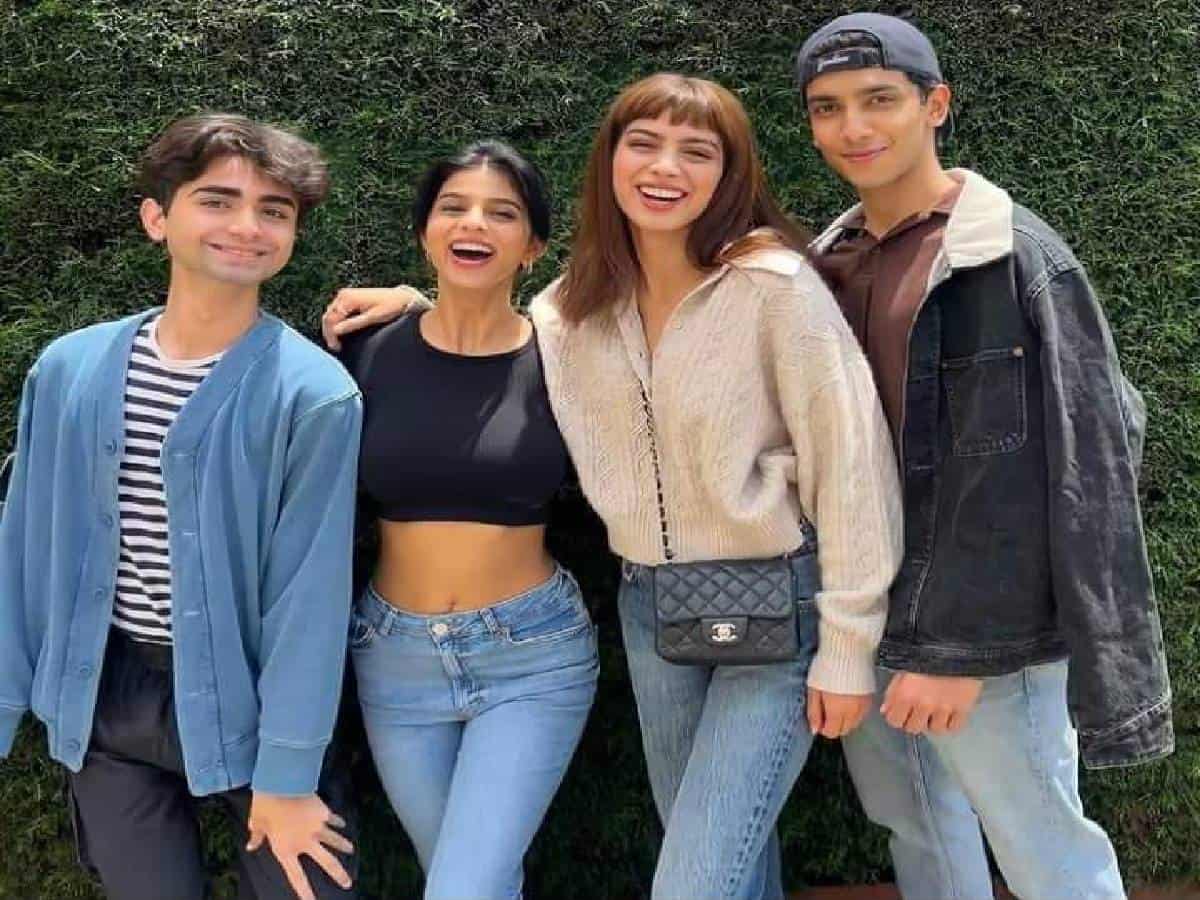 Mumbai: Daughter of Shah Rukh Khan and Gauri Khan, star kid Suhana Khan, recently took to Instagram to share some pictures of herself alongside her co-stars from her debut Netflix film, ‘The Archies’ while shooting for the film in Ooty.

She captioned the post with just a simple smiley emoji.

Suhana Khan had struck a stylish pose, donning a ribbed, black-colored full-sleeved crop top matched with high-waist blue denim. Her hair tied in a loose bun, with locks falling on either side, made her look chic. It seemed that Suhana opted for a no-makeup, makeup look.

In the second picture, Suhana Khan had snapped pictures with her ‘The Archies’ co-stars, Khushi Kapoor, Yuvraj Menda, and Vedang Raina. Suhana and actor Boney Kapoor’s daughter were seen in all smiles while the other debutantes looked quite happy.

Khushi Kapoor was seen wearing a beige-tinged baggy sweater coupled with sky blue denim and a small, black sling bag. Yuvraj had casual wear on him with a striped T-shirt and an aqua jacket. His black trousers and free-flowing hair made him look completely vintage. On the other hand, Vedang gave a style statement with a maroon-hued shirt, a denim jacket casually hung over his shoulders, and a navy blue cap.