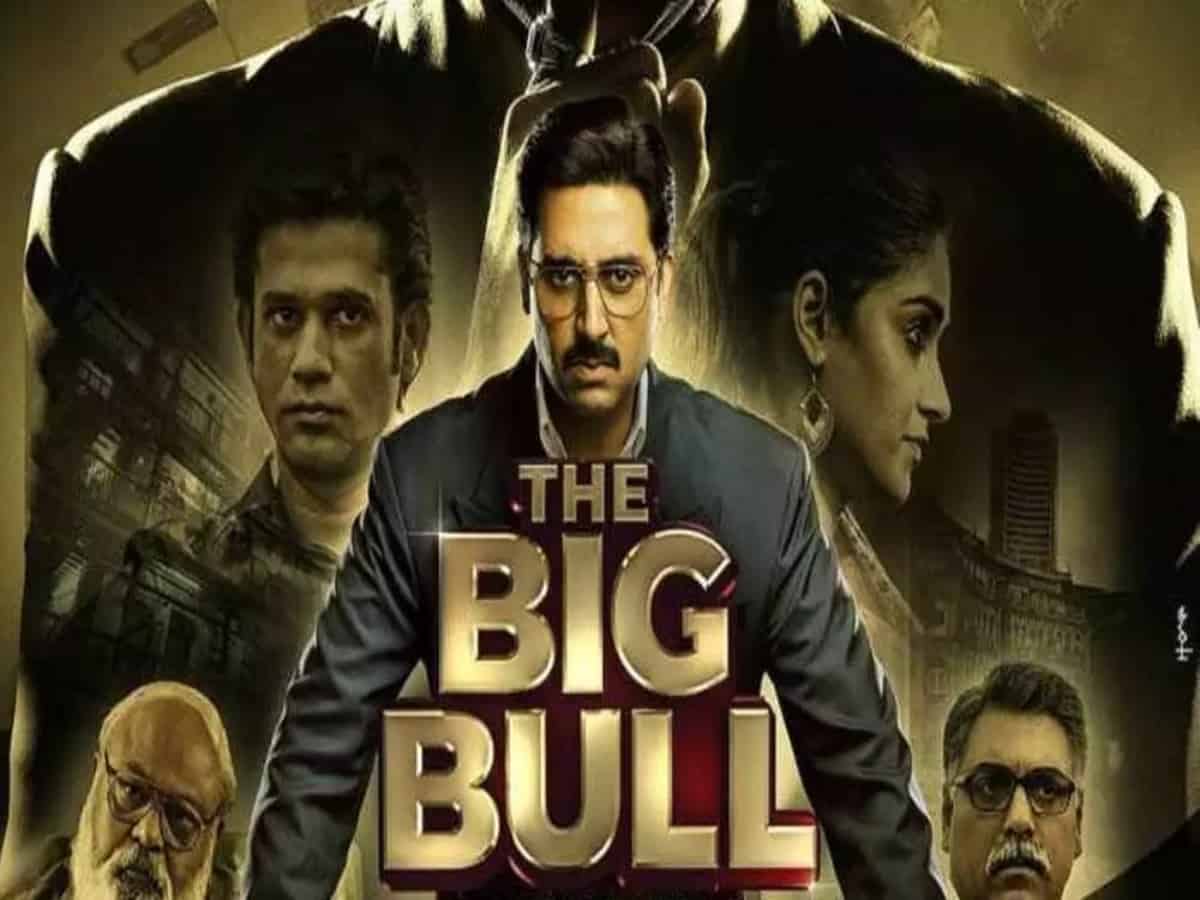 Mumbai: After piquing the curiosity of viewers by sharing intriguing teasers of his upcoming film ‘The Big Bull’, Bollywood star Abhishek Bachchan on Friday dropped an intriguing trailer of the film that sees the actor becoming a part of the ‘mother of all the scams’.

The ‘Bluff Master’ actor took to Twitter and shared the trailer of the film featuring a story inspired by some of the shocking shifts that shook the financial fabric of India.

The three-minute-eight second trailer starts from a voice-over, “In this country, one can do anything – use fake promoters, bribe the police, threaten the media, we can buy people -but there is one rule- you can never get caught.”

The clip sees Abhishek in the role of stockbroker – Hemant Shah on board a taxi as he went to a bank, post which he shows some documents to the bank officer, just when one the fake document is about to get caught, he bribes the bank employee.

The trailer then showcases the story of Hemant which is set in 1987, in Mumbai city, as he becomes a trader of the stock market and gathers secret information which helps him in his market trading. Earning profits eventually, he goes on to do ‘insider trading’

Leading him to become one of the biggest business tycoons of the ‘stock market’ Hemant, then even gets the support of politicians in expanding his business. It then showcases glimpses of his journey from becoming a tycoon to his quest to know of the loopholes, landing in jail and his desire to become India’s first billionaire.

The trailer gives major ‘Wolf of Wall Street’ vibes and shows the sign of an entertainer.

Helmed by Kookie Gulati, the film also stars Ileana D’Cruz, Nikita Dutta, Sumit Vats, Ram Kapoor, Sohum Shah among many more. The trailer of the movie will release on March 19.

The film was earlier set to release in October 2020 but was delayed owing to the coronavirus-led pandemic. The makers then decided to go for a direct-to-OTT release.

A web show titled ‘Scam 1992: The Harshad Mehta Story’ tells the same story and was launched last year on SonyLIV. Helmed by Hansal Mehta, the series made Pratik Gandhi, who played the titular role, the breakout star of 2020. The massively successful series named names and was not afraid to show the events as they happened decades back.