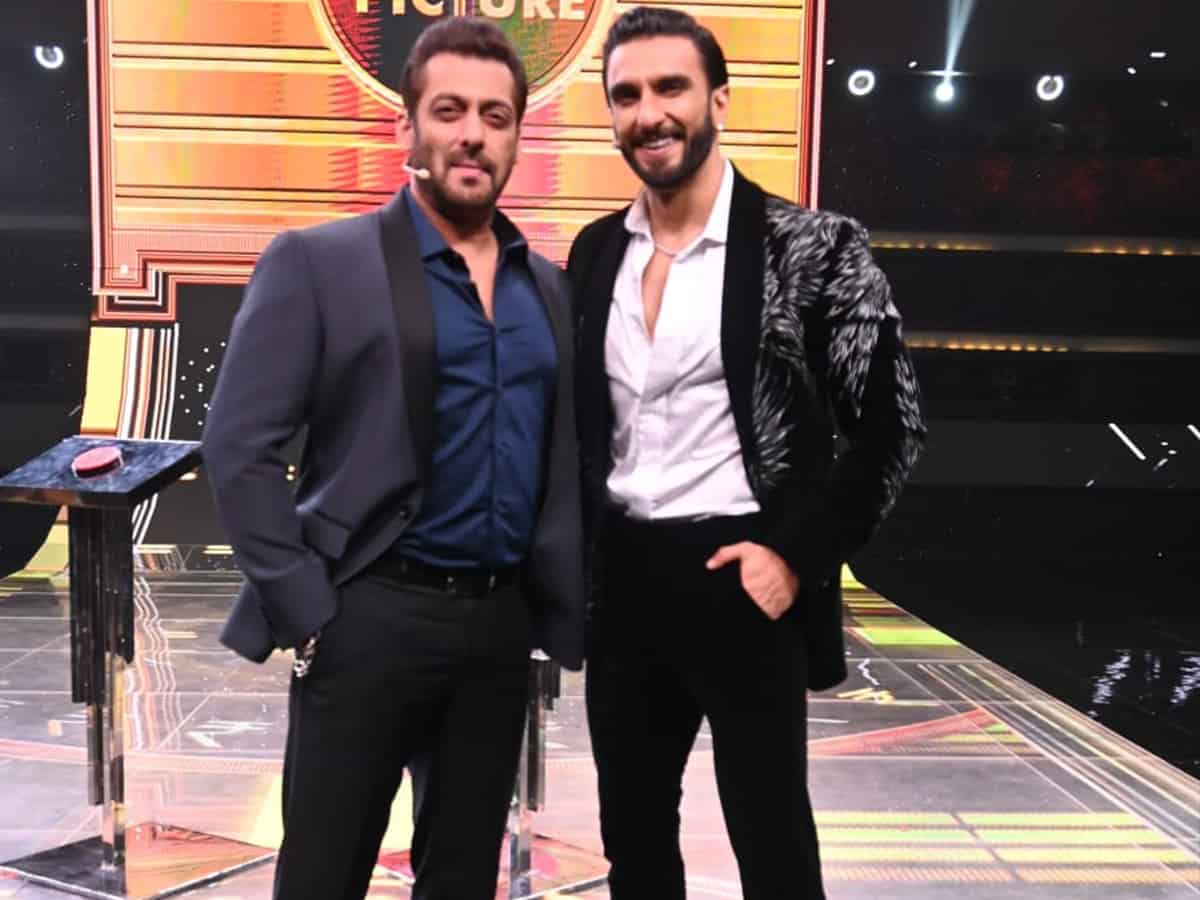 Mumbai: Salman Khan’s fitness fixation is well-known, but the superstar says the example of Dharmendra had inspired him to adopt his fitness regime.

He makes this revelation in the picture-based quiz show, ‘The Big Picture’, hosted by Ranveer Singh. He is joined by his ‘Antim: The Final Truth’ co-stars Aayush Sharma and Mahima Makwana.

During the conversation with Ranveer, Salman confesses that the shredded bodies of younger actors made him work hard to maintain himself even at the age of 56. He then opens up about his inspiration behind body-building, saying: “I have always followed Dharamji. He has this innocence on his face. He is a good-looking man with vulnerabilities and a good physique.”

The Bollywood superstar also talks about his hard work in the initial years of his career. “I used to do three shifts at the start of my career and I always used to pray that my shoot location should be far away so that I could sleep for half-an-hour in the car,” he says. “When I used to reach home after my day’s work, I used to find everyone sleeping.”

‘The Big Picture’ airs on Colors.