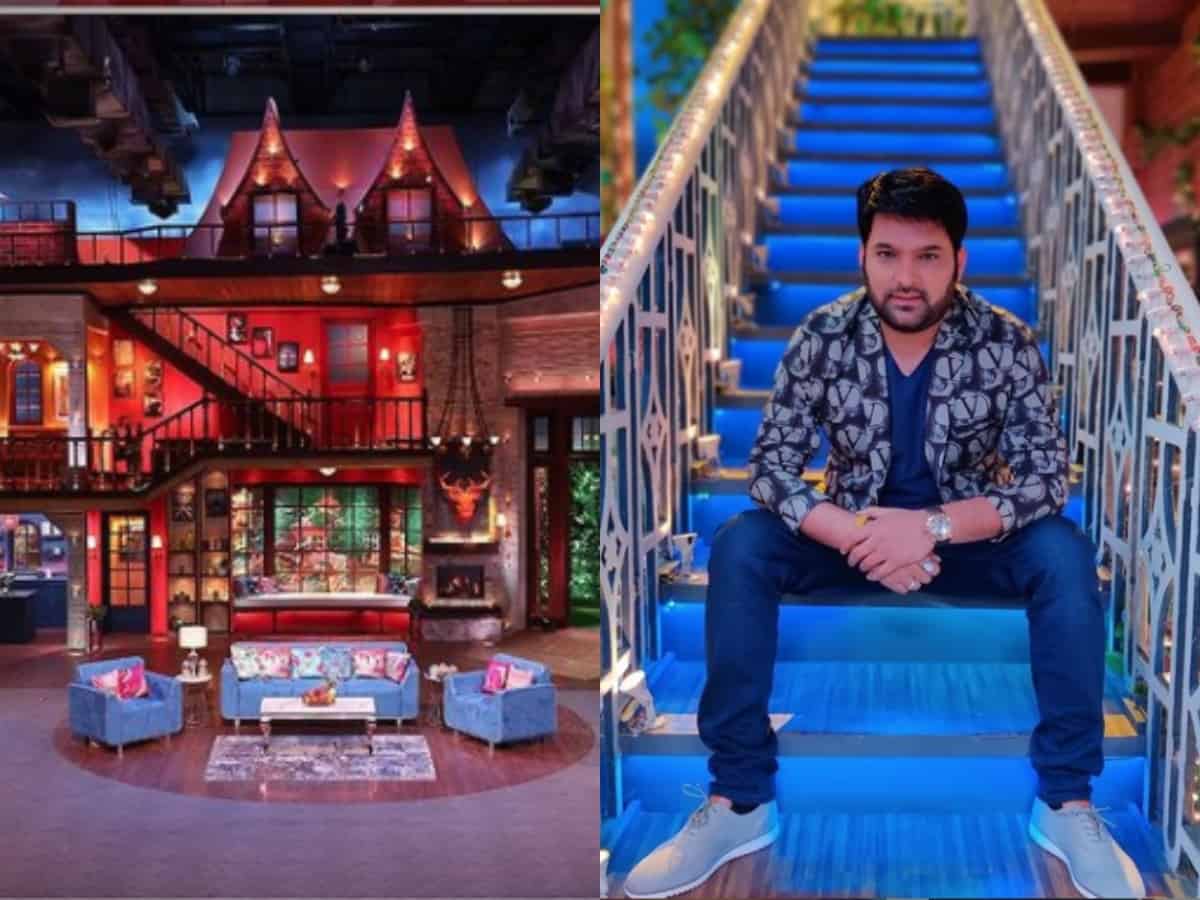 Mumbai: Fans have eagerly been waiting for The Kapil Sharma Show to return on TV and the new teaser that the makers dropped left everyone excited and asking for more.

Akshay Kumar will be the first guest on the show along with his Bell Bottom team and Bharti Singh, Krushna Abhishek, Sudesh Lehri, Archana Puran Singh and the team have been teasing fans with updates.

While the show is all set to return on a grand and bigger scale, Kapil Sharma took to Instagram to give the first glimpse of The Kapil Sharma Show’s new set.

The team members keep dropping some photos here and there to give us a glimpse of how the sets would look and going by the pictures we can say it definitely is lavish!

Kapil posted some photos of the set and asked his fans how they like it.

Apart from that, there’s an ATM along with a hotel named ‘Chill Palace’ on The Kapil Sharma Show set. One can ever witness a blue special guest seat, which belongs to Archana Puran Singh!

Meanwhile, Akshay Kumar recently pulled Kapil Sharma’s leg after he was late on congratulating the superstar for Bell Bottom promo.

Just not that, Kapil Sharma even shared a picture of Akshay touching his feet. He joked that the superstar is taking blessings from him ahead of the Bell Bottom release.

One of the leading actors of the team, Krushna Abhishek took to his Instagram and shared a picture with Akshay Kumar too.

As most know, TKSS will witness its grand premiere in August. The team has already shot for their first episode alongside Akshay Kumar, Vaani Kapoor, and the Bell-Bottom team. Recently, Krushna Abhishek revealed how he was proud of Sudesh Lehri’s performance after their first day of the shoot.

The promo for the show was released a few weeks ago, where the team is looking all bright and prepared to make the country laugh. They even made it clear that the members working on the show are fully vaccinated and insisted that the audience does the same.

The third season of the show marks the reunion of Lehri, Abhishek, and Kapil who were legendary comedians on Comedy Circus for umpteen years. Kapil Sharma had taken a paternity leave after the birth of his second child due to which, The Kapil Sharma Show went off-air. However, the comedian is back to business now.