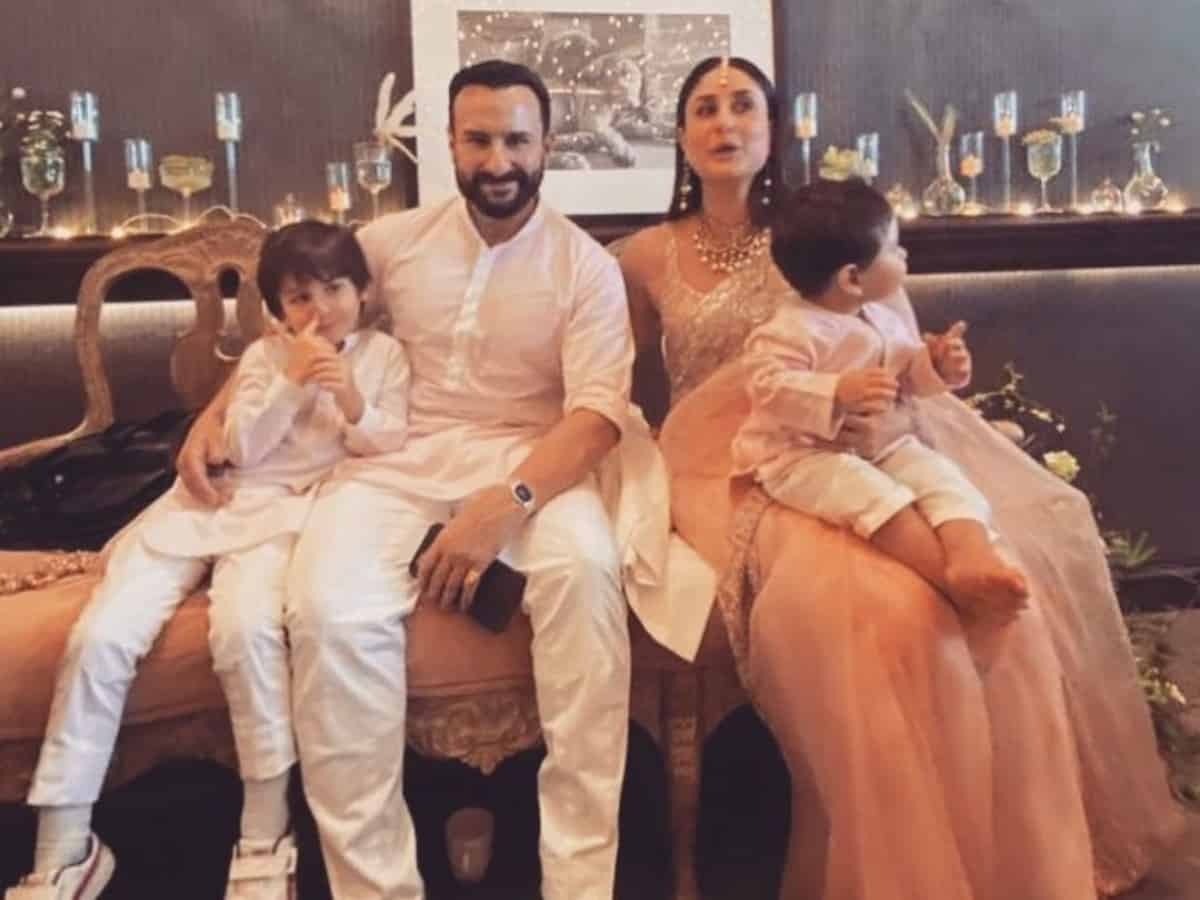 Kareena posted the picture on Instagram, where she is seen in a candid picture with her family, whom she called the ‘men of my life’.

“This what trying to get a family picture looks like – Saifu please smile for the picture – Tim take your finger out of your nose yaa Jeh baba look here Me – Arrey Koi Photo Lo Yara Click And this is what I got best guys #The Men of my life #My World Bhai Ki Shaadi,” Kareena wrote as the caption.

The picture was taken at actor Ranbir Kapoor’s wedding on Thursday.

On the work front, Kareena will next be seen in ‘Laal Singh Chaddha’ starring Aamir Khan.

The film is an adaptation of Robert Zemeckis’ 1994 comedy drama ‘Forrest Gump’, which starred Hollywood icon Tom Hanks in what is considered as one of his iconic characters.