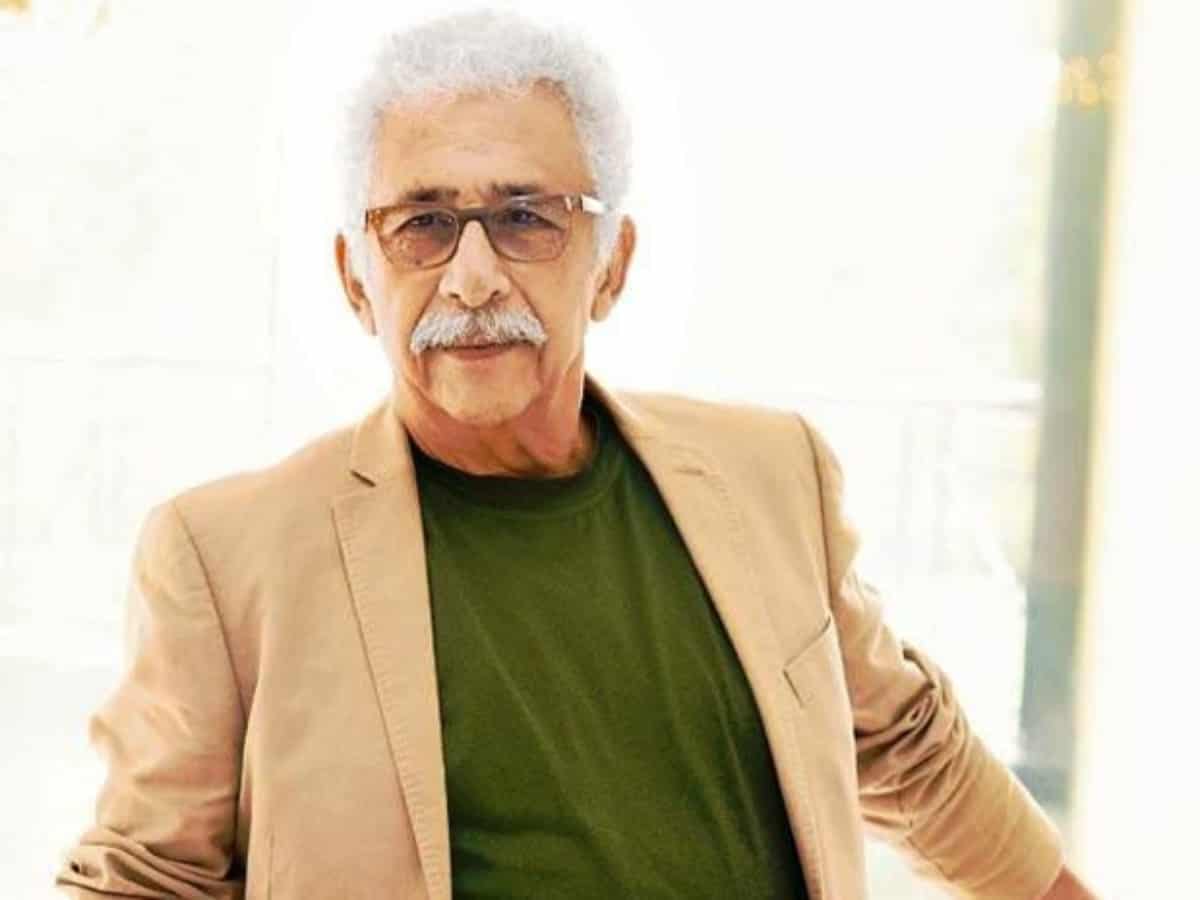 New Delhi: Amid global condemnation over BJP leaders comments on Prophet Mohammad, veteran actor Naseeruddin Shah on Wednesday said he hopes good sense prevails and the “hate wave” against Muslims dissipates even if that doesn’t happen in his lifetime.

In an interview to a news channel, the multiple National Award winner also appealed to Prime Minister Narendra Modi to step in and “stop this poison from spreading”.

The BJP on Sunday suspended its national spokesperson Nupur Sharma and expelled its Delhi media head Naveen Kumar Jindal after their controversial remarks against the Prophet.

Amid protests by Muslim groups over the remarks, the party also issued a statement aimed at assuaging the concerns of minorities and distancing itself from these members, asserting that it respects all religions and strongly denounces the insult of any religious personality.

The controversial remarks also sparked a Twitter trend in the Arab world calling for a boycott of Indian products.

“What the Indian government did was too little, too late. It was a week before they even opened their mouths and said anything condemning these kinds of statements.

“These kinds of statements in a country like Pakistan, Bangladesh or Afghanistan, which we hope to include in ‘Akhand Bharat’ some day, would result in a death sentence because it would be considered blasphemous. Here, there was not a sound from the top and absolutely no acknowledgement of the hurt caused to millions of believers,” Shah told NDTV.

After her suspension from the ruling party, Sharma issued an “unconditional apology”, something the senior actor dubbed “insincere”.

“It’s hardly meant to assuage hurt feelings. I wouldn’t be surprised if such a hate speech occurs again. It’s ironic you talk of peace and unity, you get locked up in jail for more than a year. You talk of genocide and you get a slap on the wrist. There are double standards working here. It’s like the double-think of George Orwell’s ‘1984’.”

Shah said Sharma was not a “fringe element” as the BJP has claimed.

He also argued that it was “high time” that sensible Hindus spoke up against the hate towards the Muslim community.

“It’s a manufactured hate. It’s a kind of venom that begins to spew when you are confronted with somebody with an opposite opinion… I wonder how long it is before the shivlings start to be searched under every church,” Shah said in an apparent reference to the ongoing case of the Gyanvapi mosque complex in Varanasi.

He, however, condemned death threats against Sharma and her family, who are now under Delhi Police’s protection.

“This route (threats) is wrong. That’s why Pakistan and Afghanistan are in a mess. We do not want to emulate these countries but willy-nilly are we doing so. Not (for) just slaughtering a cow but on the suspicion of slaughtering a cow people are being lynched, untouchables who were skinning a dead cow are whipped in public. These are not the kinds of things that used to happen in India, but in barbaric Islamic countries.”

Asked if the Khans – Shah Rukh, Salman and Saif – can open up about their thoughts today, Shah said he can’t speak for these Bollywood stars.

“They would be risking too much but I don’t know how they explain it to their conscience about it. I think they have too much to lose.”

He also praised Shah Rukh, his co-star of many films such as “Chamatkar” and “Chaahat”, for handling media scrutiny with grace last year when his son Aryan was arrested in connection with a drugs case.

He also noted that instead of being acknowledged for all the work done during the lockdown, Sonu Sood gets raided.

Asked to comment on how the film industry was cozying up to the government, Shah said they want to be on the winning side.

“It does look like the BJP is going to stay on the winning side for a while. It’s nothing new…”

Calling “The Kashmir Files” an “almost fictionalised version of the suffering of the Kashmiri Hindus”, the actor said the government is promoting it instead of ensuring the security and rehabilitation for the community.

“It is propaganda and people are willingly participating in it. I fear there will be more such pseudo-patriotic films (in future).”

Shah further said he doesn’t feel marginalised as a Muslim in India as he comes from privilege as a senior actor with social capital.