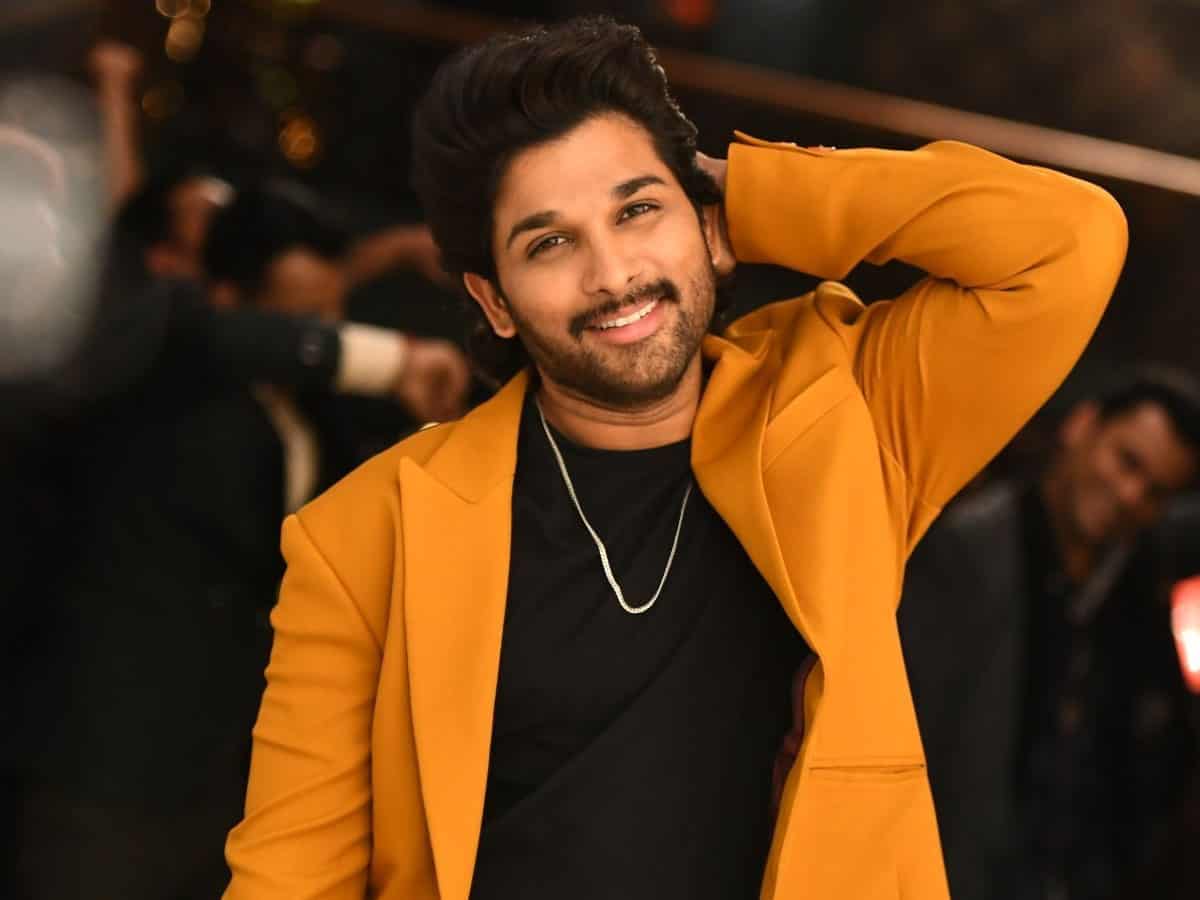 Hyderabad: Tollywood’s Stylish Star Allu Arjun, who has now got the new title ‘Icon Star’, is celebrating his 38th birthday today. The actor who has impressed audience with with powerful onscreen performances and amazing dance moves, has emerged as a superstar over the years with hits such as the Arya franchise (2004, 2009), Vedam (2010), Julayi (2012), Race Gurram (2014), Rudramadevi (2015) under his belt.

Well, with so many huge blockbusters with iconic characters in his sleeves, everyone must be feeling that he was born to be a movie star. But, what if we were to tell you that Allu Arjun himself did not initially desire to be an actor. Yes, you heard that right! Arjun’s younger brother and actor Allu Sirish recently revealed that both brothers wanted entirely different career paths to where they landed while growing up.

Speaking to Bollywood Life, Allu Sirish said, “In fact, both of us never thought of acting as kids. I used to say I want to become a cricketer or WWF (now WWE) player. I actually seriously thought I’d be a WWF player. Hulk Hogan was my childhood favourite.”

Both Allu Arjun and Allu Sirish hail from the longstanding and prestigious Allu-Konidela film family of Telugu cinema.

Speaking about when really the acting bug bit both brothers, Allu Sirish said, “After 16, once you start watching a film and know way much more about it, and then you think maybe this scene could’ve been like this or maybe I would’ve done it that way, you already know these things. From there it starts seeping into your brain and by the time you’re 18, 19 or 20, you know this is what you’re going to do for the rest of your life.”

Meanwhile, on the professional front, Allu Arjun was last seen in blockbuster Ala Vaikunthapurramuloo alongside Pooja Hegde. He is currently waiting for the release of his upcoming film Pushpa which is directed by Sukumar. The film is based on the lives of red sandalwood smugglers. Pushpa, which also stars Rashmika Mandanna and Fahadh Faasil, will release in theatres on August 13.

The makers of Pushpa treated fans with the teaser of Allu Arjun’s forthcoming film on April 6. Although the short video was enough to create hype about the Sukumar directorial, glimpses of the actor in his new look, added up to the excitement. Going by the teaser, the star seems like he works as a smuggler of Red Sandalwood.