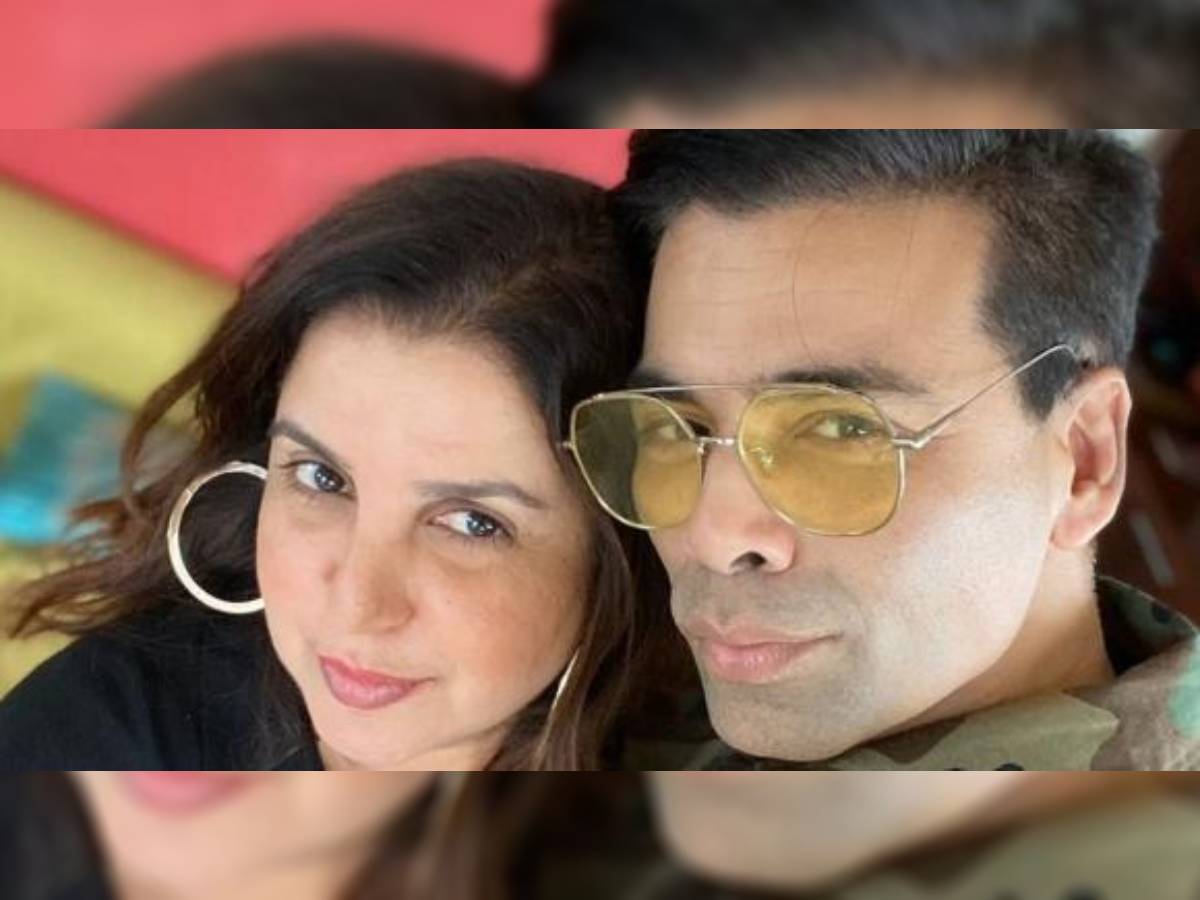 Mumbai: It is Farah Khan Vs Karan Johar again! Don’t we all just love how the two keep entertaining us with their fun banter on Instagram?

Farah Khan and Karan Johar keep posting funny videos of jokingly mocking each other on Instagram and fans love it. It’s always a laugh riot when the two come together for such ‘Instagram collaborations’! In most videos, Karan keeps making fun of how Farah dresses up and vice versa. And like every other video, this time as well Farah has posted a video with KJo where he could be seen being sarcastic about Farah losing weight.

The video, which also features Manish Malhotra, starts with Karan Johar in the frame. Farah Khan, who held the camera, asks, “Who is this? Is this…” and then Karan turns around. She then says, “Oh my god, It’s Karan Johar”. And like always, Farah then asks Karan what he’s wearing to which he replies saying, “I’m in my oversized Balenciaga silhouette. Let me tell you something about this brand. Farah then shuts him up saying, “Ok, we don’t want to hear”. Farah Khan then turns to Manish who says, “I think he can wear the most expensive clothes and keep talking about his clothes but I look better.” Farah then replies saying, “you do look better because you are very handsome.”

Karan then makes a face and Farah gives him a compensatory compliment saying, “You are handsome also Karan”. And it is at this moment that Karan decides to get back at Farah and says, “Manish is handsome I’ve to admit it but look at who we’re looking at. The glamorous icon Farah Khan in the house. She’s looking slimmer and the earth is flat.” Farah then laughs and signs off by saying “okay bye”.

Farah Khan captioned the video “The reel you didn’t know you needed…my obsession @karanjohar and a guest appearance by @manishmalhotra05 #karah.” Check it out:

On the work front, currently, Farah, Karan, and Manish are working together on Karan Johar’s directorial ‘Rocky Aur Rani Ki Prem Kahani’ which has Alia Bhatt and Ranvir Singh in the lead.