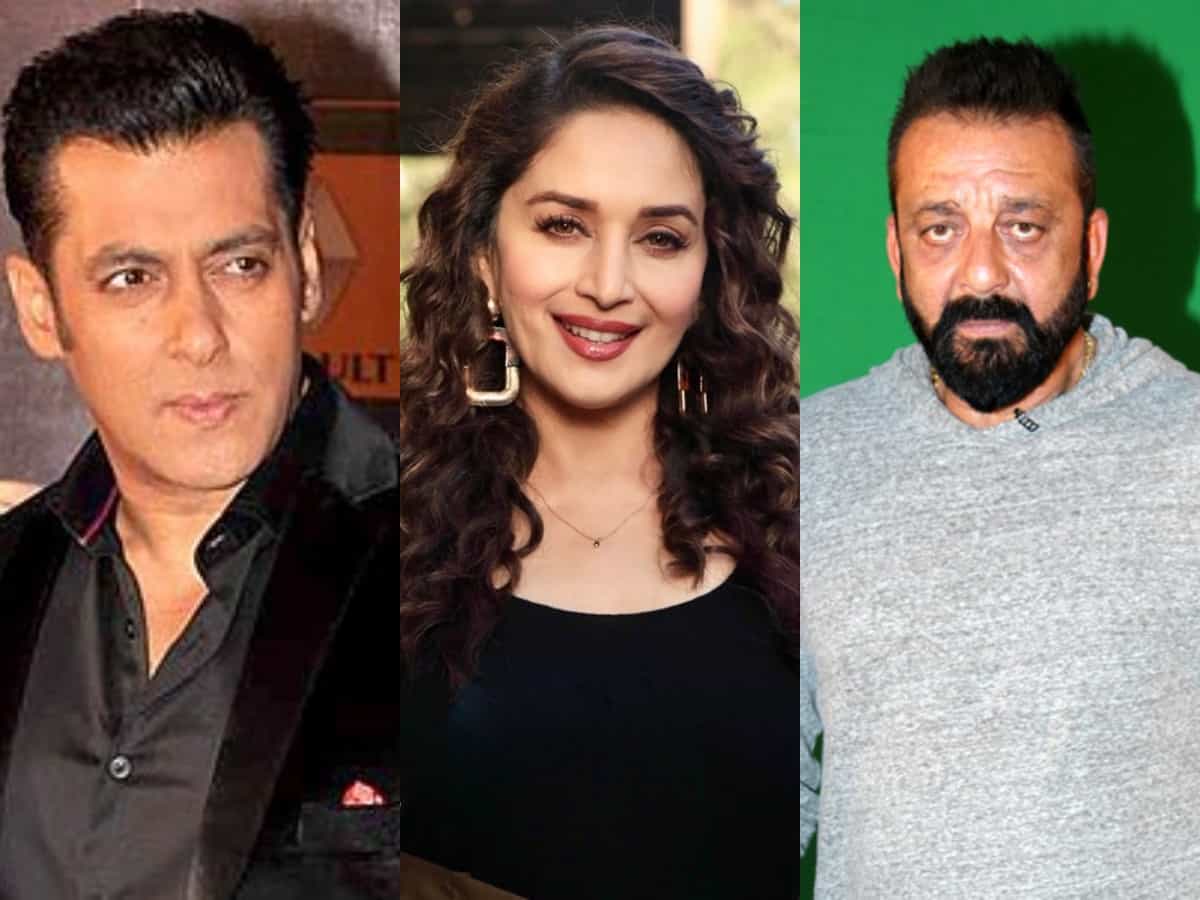 Mumbai: Two of the biggest names in Bollywood, Sanjay Dutt and Salman Khan had apparently fought over an issue and the reason behind it was the actress Madhuri Dixit.

Both the actors are often seen to be having an amazing rapport and Sanjay even calls Salman his younger brother. The actor duo was also seen in a number of movies. Apart from movies like Chal Mere Bhai and Saajan, the actors had now and then done cameo roles in each other’s movies.

There was a time when Sanjay Dutt was rumoured to be in a relationship with Madhuri. During the making of his biopic, the actress did not wanted to have her name come up in the film. The actress sought Salman’s help and supposedly had proposed for the shelving of the whole project.

However, Sanjay wished to have his story come out and therefore went on with the idea without mentioning the actress’ name anywhere.

Rumor also has it that Bhaijaan was displeased with the choice of the protagonist i.e Ranbir Kapoor (who played Sanjay’s role in the biopic) as during that time the Saawariya actor was dating Salman’s former girlfriend Katrina Kaif.

Apart from these, there was another instance where the duo had squabbled. It was in 2011 during Sanjay’s wife Maanyata’s birthday bash that the Radhe star supposedly picked up a fist-fight with the Ageenpath actor’s best friend, Bunty Walia.

Reports also have it that Sanju Baba was offered the role of Salman’s father in the film Bodyguard and Baba turned it down saying that he wasn’t old enough for that role.

However, following the numerous adversities the bond between the actors has remained to be as strong as it was. Recently when Baba had turned 62, Bhaijaan had taken to his Instagram to post a throwback picture.

On the professional front Sanjay Dutt has some super exciting ventures lined up as he will be seen playing Adheera in the most awaited action entertainer KGF Part 2. He also has the period-drama Prithviraj alongside Akshay Kumar under his kitty.

Salman on the other hand will soon be seen hosting the reality show Bigg Boss’ 15th season and he also has a cameo to play in Amir Khan, Kareena Kapoor co-starrer Laal Singh Chaddha. Apart from that, he also has Antim and Tiger 3 in his kitty.