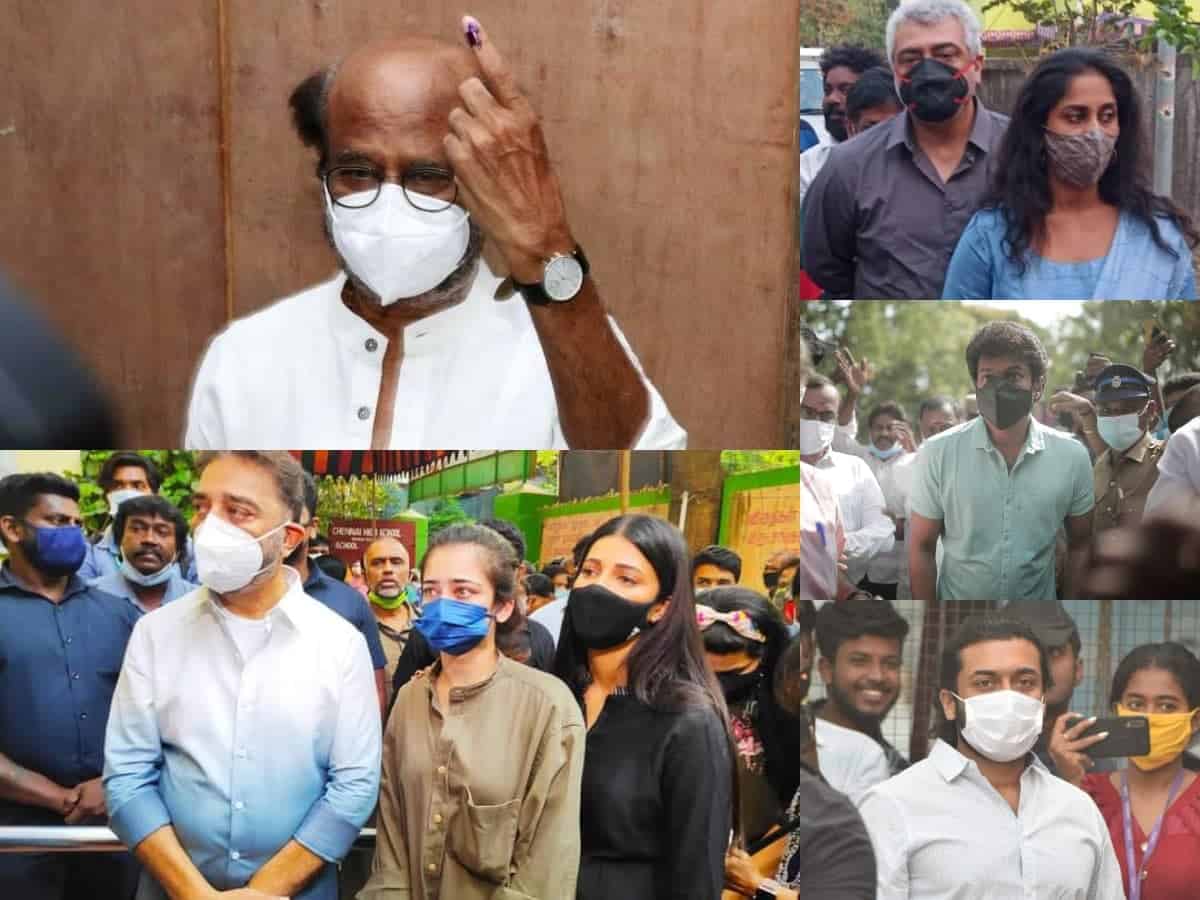 Chennai: Voting is currently underway in Tamil Nadu to elect its 16th legislative assembly. Over 6.28 crore voters in Tamil Nadu are expected to exercise their franchise on Tuesday at over 88,000 polling stations set up by the Election Commission of India (ECI).

Polling will take place in a single phase.

Several popular film stars like Rajnikanth, actor-turned-politician Kamal Hassan, Vijay, Ajith, Suriya were among those who cast their vote in the morning hours.

However, he chose to not comment anything after he cast his vote. It may be recalled at Rajnikanth once turned the 1996 election where he said: “Even God can’t save Tamil Nadu if Jayalalithaa returns to power”. DMK-TMC combine then rose to power.

Rajnikanth’s entry into politics was widely popularized months before elections, before he announced that he would stay away stating health reasons.

Vijay, Thalapathy as he is popularly called, stood apart by choosing to cast his vote by travelling on a bicycle to the polling station in Chennai’s Neelankarai.

“There is only one reason why Thalapathy Vijay came by cycle to cast his vote. The booth is in the street behind his house. It’s a narrow street, and it would be difficult to take the car there. There is no other reason for it,” Vijay’s team said, as quoted by The News Minute.

Kamal Hassan came to vote along with his two daughters Shruthi and Akshara at a polling booth in Teynampet, Chennai. The MNM chief headed to Coimbatore soon after, where he is contesting from the party.

‘Thala’ Ajith too turned up early with his wife actor Shalini, at a polling booth in Thiruvanmiyur.