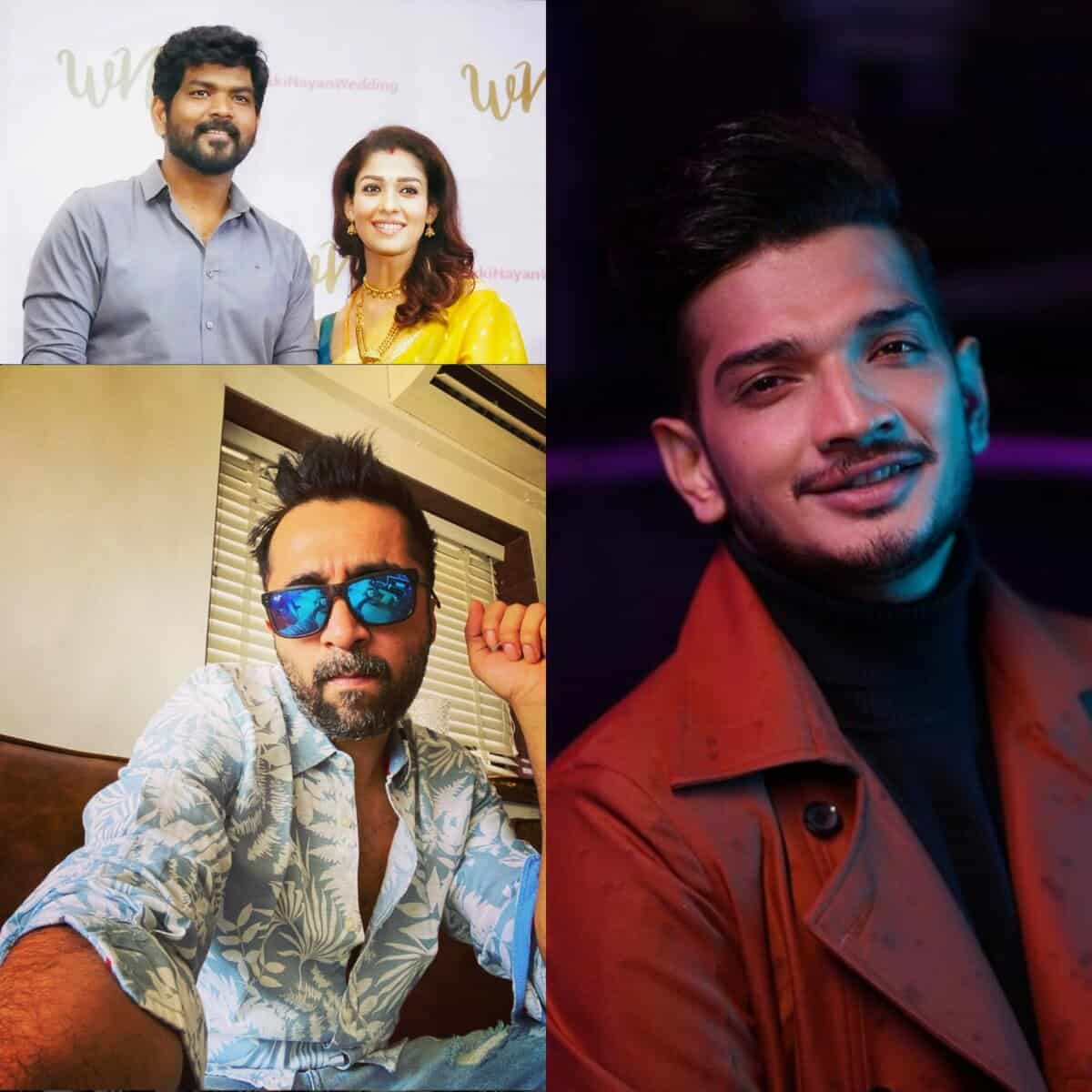 Mumbai: Other than the acting, dance, and music, it is the drama that makes the showbiz industry more interesting. Be it a celebrity’s wedding or a comment, fans are crazy to see what their favorite stars are up to, and add controversies to that, you get the full package.

From Munawar Faruqui’s comment on Justin Bieber to Nayanthara wearing sandals in a Tirupati temple, this week was pretty intense with several controversies popping up every day. In this write up we have rounded the top 5 controversies that had netizens in a frenzy all week.

Scroll ahead to check it out.

A few days after Nayanthara’s dreamy wedding with filmmaker Vignesh Shivan, the Tollywood actress got caught in a controversy for walking on the premises of the Tirupati Hill temple with her footwear on and also doing a photo shoot. The couple was trolled brutally for their ignorant act and were also served a legal notice, following which they issued an apology.

The second controversy of the week which had left netizens in shock was when an inconsolable Rakhi Sawant reached Mumbai’s Oshiwara police station to lodge a complaint against her ex-husband Ritesh. Allegedly, Ritesh had hacked Rakhi’s social media accounts and online payment methods in an attempt to destroy her life. The matter escalated when Ritesh threatened Rakhi Sawant with a defamation lawsuit. Reportedly, an investigation is underway.

Bollywood actress Shraddha Kapoor’s brother Siddhanth Kapoor was detained by Bengaluru police on June 12 for allegedly consuming drugs at a party in the city. He was among the six people to have consumed drugs. Although he was released on bail after a day, he will have to appear before the Bengaluru police as and when called.

One of the most loved comedians of India, Munawar Faruqui got into troubled waters for a tweet on Justin Bieber’s partial face paralysis. A day after Hollywood pop icon Justin Bieber revealed his health condition, Munawar Faruqui had taken to his Twitter and shared, “Dear Justin Bieber, I can totally understand, Even here in India right side not working properly.” Following this, Munawar was subjected to a lot of hate comments and trolling from netizens, and celebrities alike.

The latest controversy this week was Tollywood actress Sai Pallavi’s comment which compared the mass exodus of Kashmiri Pandits to the prevalent cow vigilantism in India.

In a recent interview with Great Andhra, she had said, “The Kashmir Files showed how Kashmiri Pandits were killed at the time. If you are taking the issue as a religious conflict, there was an instance recently where a Muslim was attacked when he was driving a vehicle carrying cows, and people chanted Jai Shri Ram. So where is the difference between what happened then and what is happening now?”

Since then, a police complaint against the actress has been lodged in addition to the brutal trolling.