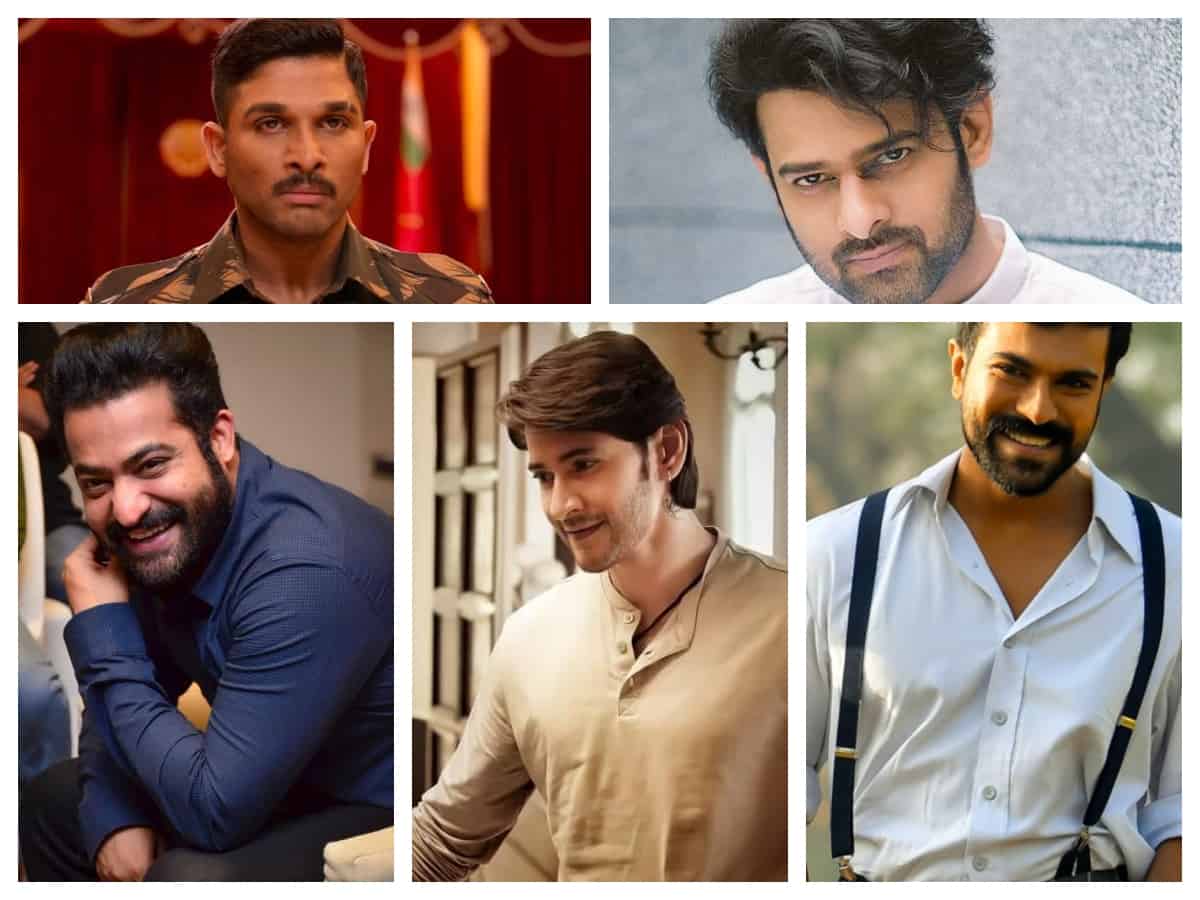 Hyderabad: The massive craze around Tollywood films and actors is no surprise. With its raw and unique way of story-telling, Tollywood has been winning millions of hearts not only in India but all around the world. From ‘Baahubali’ star Prabhas to ‘RRR’ stars Ram Charan and Jr NTR, the world is in awe of the treasure trove Tollywood has stored. Well, fans are always eager to know more about their favorite actors, both from the personal and professional sides. Their remuneration per film is one aspect fans are always interested in.

So, scroll ahead to have a look at the top 5 Tollywood actors and their revised fees per film.

One of the highest paid actors in Indian cinema, Prabhas is all geared up for his upcoming projects- ‘Adipurush’, ‘Project K’, and ‘Spirit’. According to multiple reports, Prabhas has moved from the Rs. 100 crore mark and has charged Rs. 150 crore for ‘Spirit’ and ‘Adipurush’. Apparently, he is also going to charge Rs. 200 crores for his future projects.

While Allu Arjun has always been one of the most celebrated actors in Tollywood, he has been receiving special recognition for his outstanding work in ‘Pushpa: The Rise’ for which he charged Rs.30-35 crore. Earlier Allu Arjun used to charge Rs. 10 crore per film but rampant on the success of his recent film, he has reportedly increased his fees to Rs. 80-100 crore.

According to multiple reports, Jr NTR asked for Rs. 45 crore for SS Rajamouli’s RRR and after witnessing its huge success has spiked his fees to Rs. 60-80 crore per film.

Ram Charan Teja was known to charge around Rs. 35 crore per film, however, with RRR he got paid nearly Rs. 43 crore. Following the success of the epic action drama film, he has joined the 100-crore club and will reportedly charge more than Rs. 100 crore for his next project with Gautam Tinnanuri.