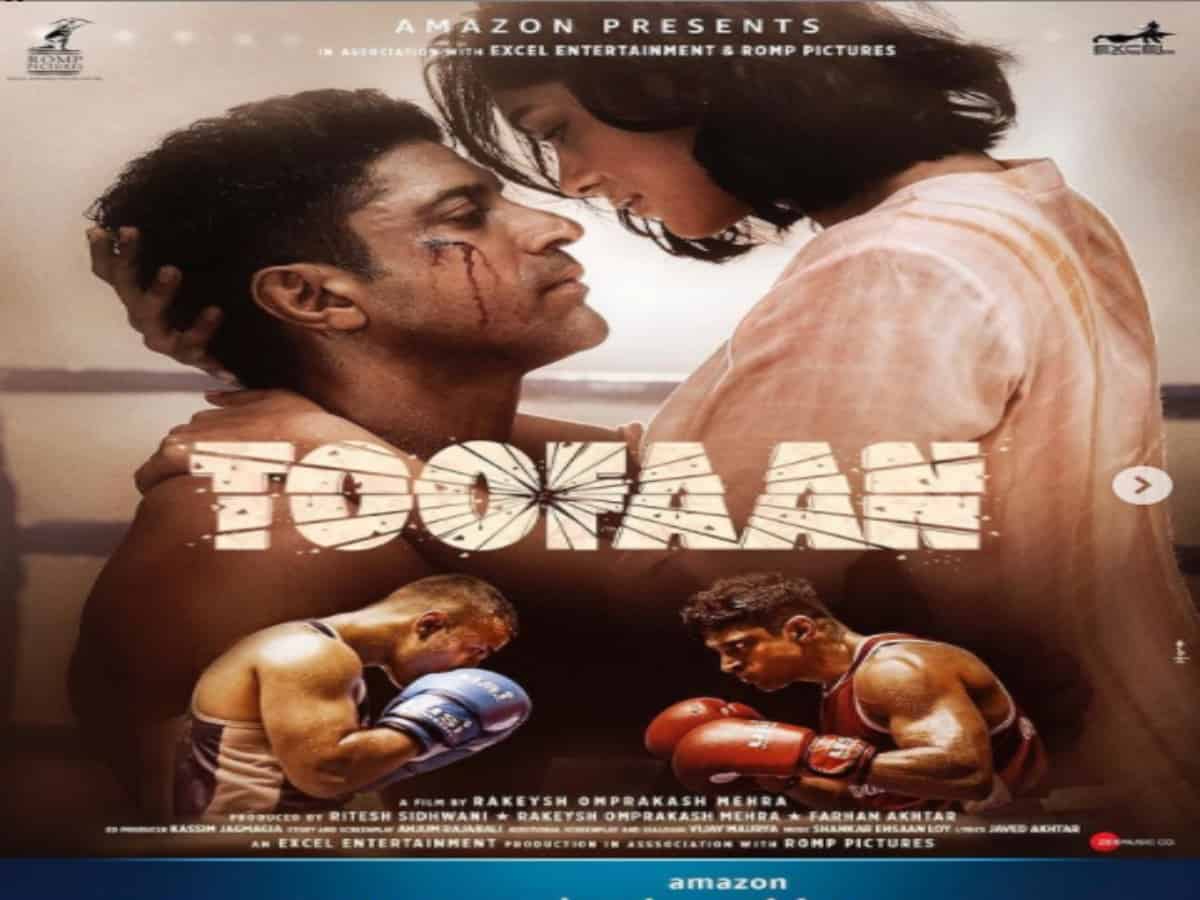 New Delhi: Good news for all the Farhan Akhtar fans as the makers of his much-anticipated film ‘Toofan’ have announced that the trailer of the movie will be released on June 30.

After piquing the curiosity of movie buffs by sharing an intriguing teaser of the film in March, the makers have further fueled the excitement of viewers by dropping a new poster featuring Farhan’s electrifying chemistry with actor Mrunal Thakur.

Farhan also shared the poster of the movie and announced the trailer’s release date on his Twitter handle. “Life can’t break you when love holds you together. Trailer out on 30th June. #ToofaanOnPrime,” he tweeted.

‘Toofaan’ which will stream on Amazon Prime Video in India and across 240 countries and territories starting July 16, 2021, marks the second collaboration of Farhan with Rakeysh after the massive success of ‘Bhaag Milkha Bhaag’, the biopic based on the late Indian athlete Milkha Singh.

The film also stars Paresh Rawal, Supriya Pathak Kapur, Hussain Dalal, Mohan Agashe, and Darshan Kumaar.
In the film, Farhan will be seen as a national-level boxing player. The movie has been shot across Mumbai at real locations like the Dongri slums and the Gateway of India.

Apart from acting in and producing ‘Toofan’, Farhan is also bankrolling the movie ‘Sharmaji Namkeen’. The film was stalled due to the unfortunate passing of actor Rishi Kapoor. Reportedly Paresh Rawal would replace the late actor in the film.