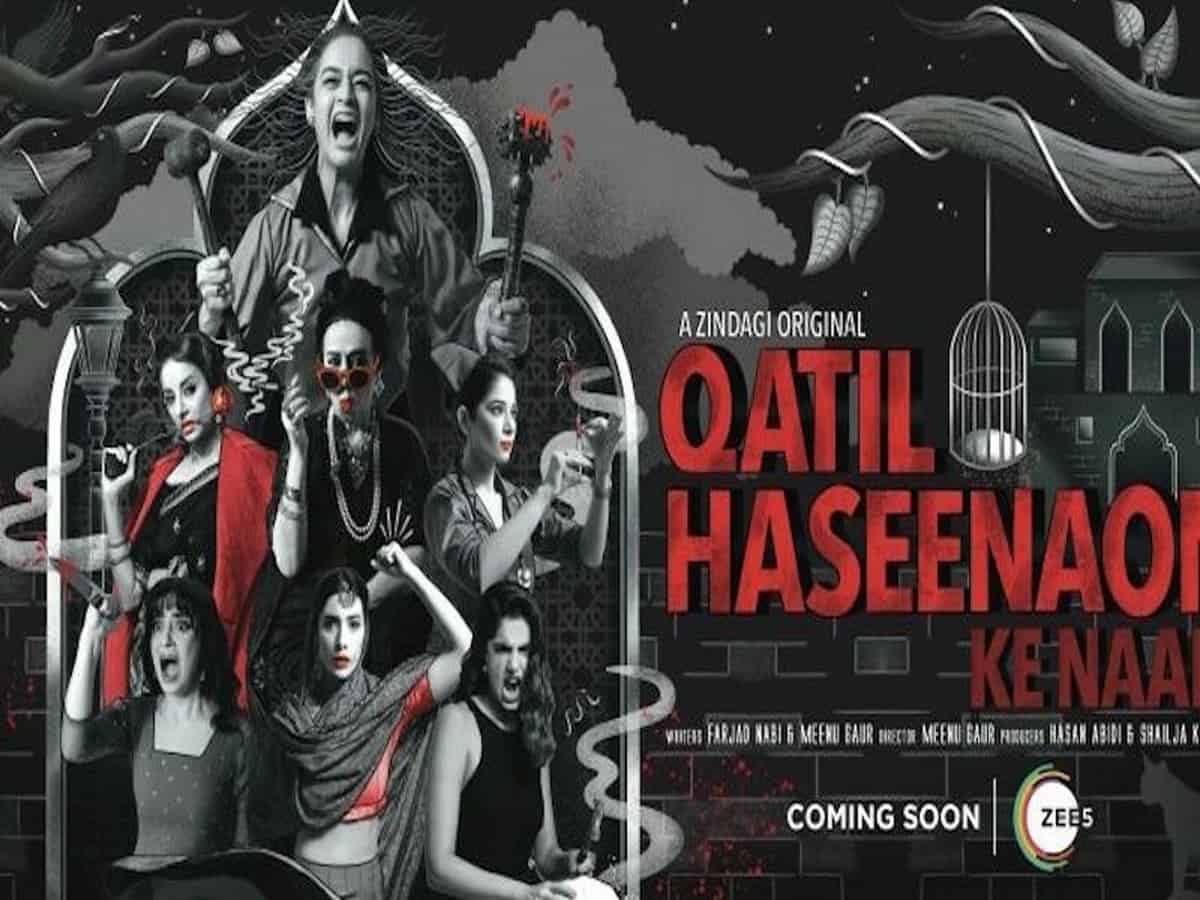 The Zindagi original show will be released on ZEE5.

The show is a six-part anthology series featuring seven women. The stories showcase what happens when a woman’s limit is pushed. While women are shown as archetypes of patience often forgiving the treachery they have suffered, this show unearths their unapologetic and unforgiving side.

Speaking about the show, Shailja Kejriwal, Chief Creative Officer, Special Projects, Zee Entertainment Enterprises Ltd said, “‘Qatil Haseenaon Ke Naam’ is an ode to women who dare to reclaim their powers despite all odds. The series explores reasons that can lead women to a point where they can go to any extent to avenge oppression. This is one of our most unconventional offerings, poetic and deadly at the same time. We are excited to share a glimpse of it with our audience.”

Sharing her thoughts on the show, Sarwat, who played the character of ‘Mehak’, said, “This series showcases the essence of life through different people and characters. The series is empowering, and it highlights the issues women face in a very honest way instead of sugar-coating them. It is an important show for everyone as it portrays the consequences of trying to exploit and undermine women.”

Sanam Saeed who plays ‘Zuvi’, added, “I am extremely happy to collaborate with Zindagi in this very different and ‘mazaydaar’ role compared to what I have done in the past. ‘Qatil Haseenaon Ke Naam’ is a show full of courage, sassiness and power. It was a delight to work on this show which tells the stories of strong and fearless women who go to any extent to get what they desire”.