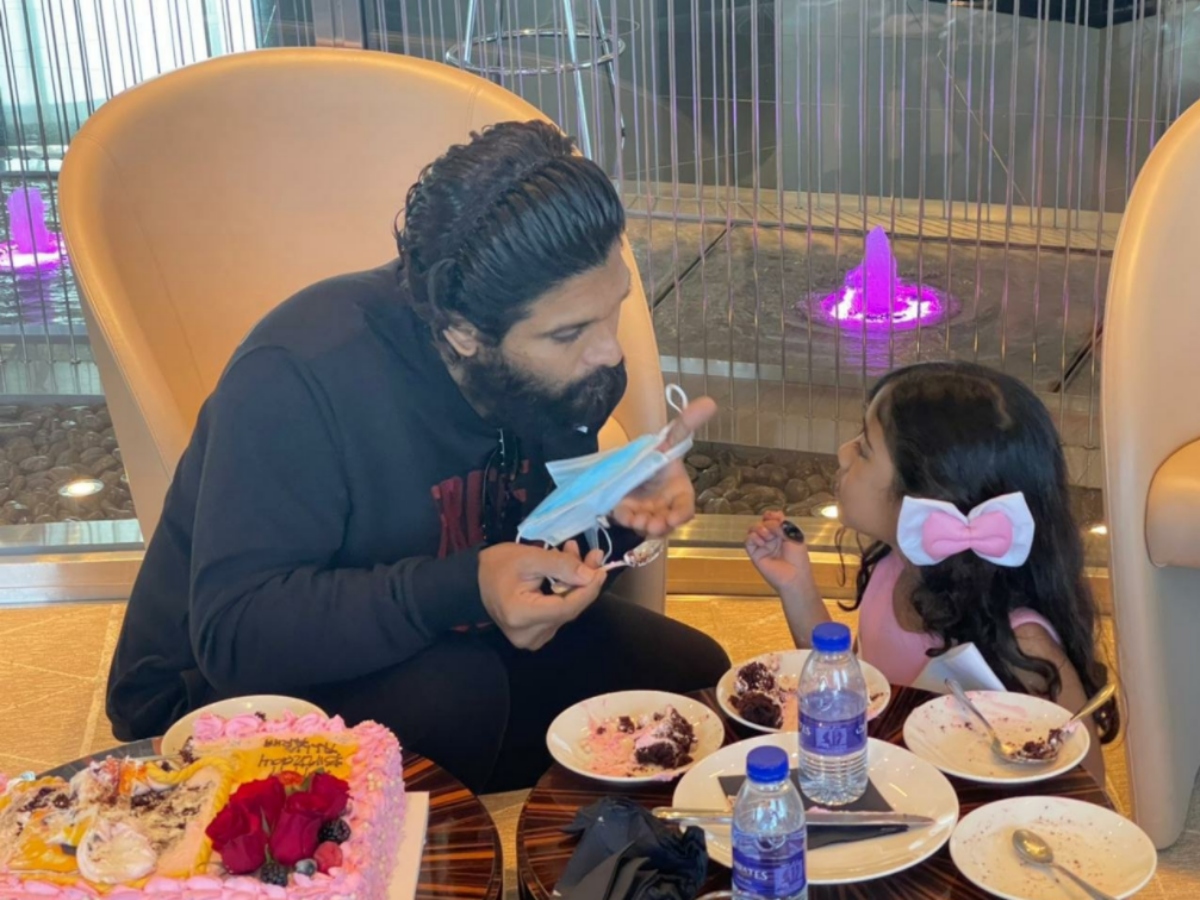 Hyderabad: Tollywood star Allu Arjun, along with his kids and family, is currently holidaying on Dubai. The actor on Sunday celebrated his daughter Allu Arha’s birthday in the world’s tallest building, Burj Khalifa.

It is being said that the owners of Burj Khalifa hosted a lavish party for Allu Arjun and his family on the occasion of Arha’s birthday. A private floor was alloted to the family which is not accessible to all.

Sarath Chandra Naidu, head of content at Geetha Arts, took to his Twitter and wrote, “Emaar properties, the owners of Burj Khalifa hosted Icon Star @alluarjun and his family, and threw #AlluArha the world’s first birthday party held at the tallest level. The private floor has no public access and no birthday party has been hosted at this level until now.”

Allu Arjun too took to his Instagram to share a happy family picture and wrote, “Thankyou @BurjKhalifa @EmaarDubai for hosting us.” Photos from party are going crazy viral on social media.

Earlier, Arjun treated his fans with the cutest photo of Arha. Showering birthday love on his princess, the icon star wished Arha a year filled with lots of drawing, colouring, and travelling.

On the work front, Allu Arjun is currently awaiting the release of his much-anticipated upcoming movie ‘Pushpa’ which also stars Rashmika Mandanna in the lead role. The first part of the film hit the theatres on December 17, 2021. His daughter Allu Arha will also be making her debut with director Gunasekar’s Shaakuntalam which stars Samantha and Dev Mohan in the lead roles.