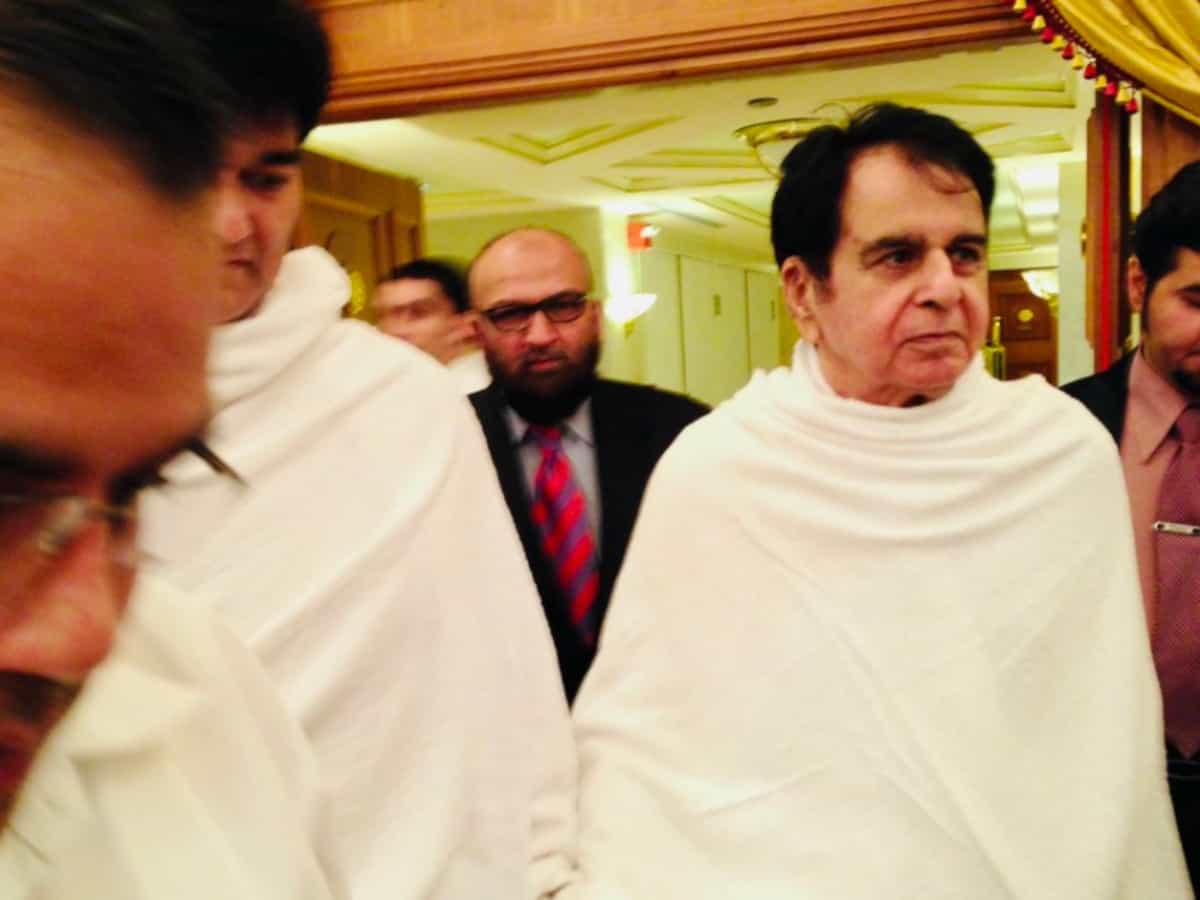 Mumbai: Legendary Indian actor Muhammad Yousuf Khan, who attained world fame with his screen name Dilip Kumar, is known for his iconic roles in Indian cinema. He has given several hit films and memorable characters to the audience to cherish forever.

On Thursday, Dilip Kumar took a trip down a memory lane as he shared pictures from his Umrah on Twitter. He, along with his actress wife Saira Banu performed Umrah in 2013.

“Asked @faisalmouthshut to share Umrah trip joy with @arabnews 2013,” the actor wrote on the microblogging site. Faisal I. Farooqui is a close family friend of Dilip Kumar and CEO of mouthshut.com.

Umrah is a pilgrimage to Mecca, Saudi Arabia, and it can be done any time of the year. However, for Haj people travel to the same place, but only during Eid-ul-azha.

After returning from the pilgrimage in 2013, Saira Banu shared her experience with the paparazzi and said, “It had been a wonderful experience. We had always wished to go to Umrah and by god’s grace we did that.”

“And now my only wish is me and Yusuf sahib (Dilip Kumar) should go for Haj. I pray to god that we get an opportunity to go to Haj,” she added.

Dilip Kumar is considered one of the best actors in Indian cinema. He is listed in the Guinness World Records for winning the maximum number of awards by an Indian actor. Kumar is known for roles in films such as the romantic Andaz (1949), the swashbuckling Aan (1952), the social drama Daag (1952), the dramatic Devdas (1955), the comical Azaad (1955), the epic historical Mughal-e-Azam (1960), the social dacoit crime drama Gunga Jamuna (1961), and the comedy Ram Aur Shyam (1967).