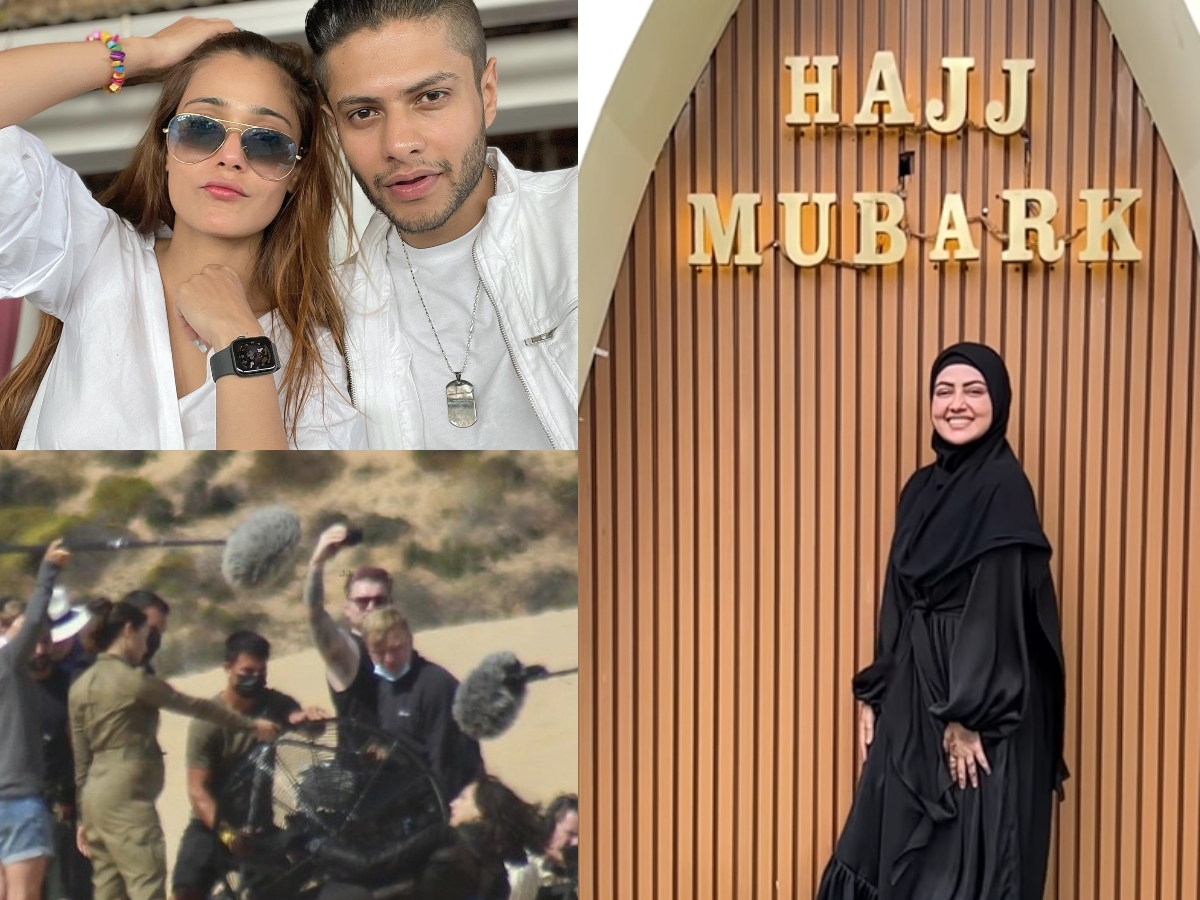 Mumbai: Celebrities enjoy a massive fan following not just in India but across the world. Everything they do and every time they step out in and around the town, becomes news as their followers want to know it all. With social media becoming a boon for such fans, it is rather obvious that the pictures of celebs often go viral. Scroll ahead and check some of the pictures that took internet by storm today.

TV actress and Lock Upp contestant Sara Khan has confirmed that she is in a relationship. The actor is dating Shantanu Raje, who has been frequently seen in videos on her Instagram. Shantanu, who is a pilot and a restaurateur.

Alia Bhatt, who recently announced her pregnancy, was seen flaunting her baby bump in BTS pictures from her upcoming Hollywood film ‘Heart Of Stone’. Pictures from the film’s set in Portugal were shared by fan clubs on social media.

Allu Arjun was a long vacation in Tanzania with his family, wife Sneha and Kids Arha and Ayaan. His star wife today shared an pic with Allu Arjun on Instagram and the couple is shelling out major couple goals.

Karan Kundrra and Tejasswi Prakash’s new music video ‘Baarish Aayi Hai’ is out and several loved up pictures of the couple are being shared on social media.

Priyanka Chopra and hubby Nick Jonas have set the internet on fire with their latest photoshoot. Check it out below.

Kangana Ranaut unveiled her first look from the movie ‘Emergency’. The actress plays the late former prime minister, Indira Gandhi, in the film written and directed by her.

Former actress Sana Khan, who is currently on her holy trip Hajj to Saudi Arabia with husband Mufti Anas Saiyad, shared a heartfelt note on Instagram as she successfully completed her first pilgrimage.