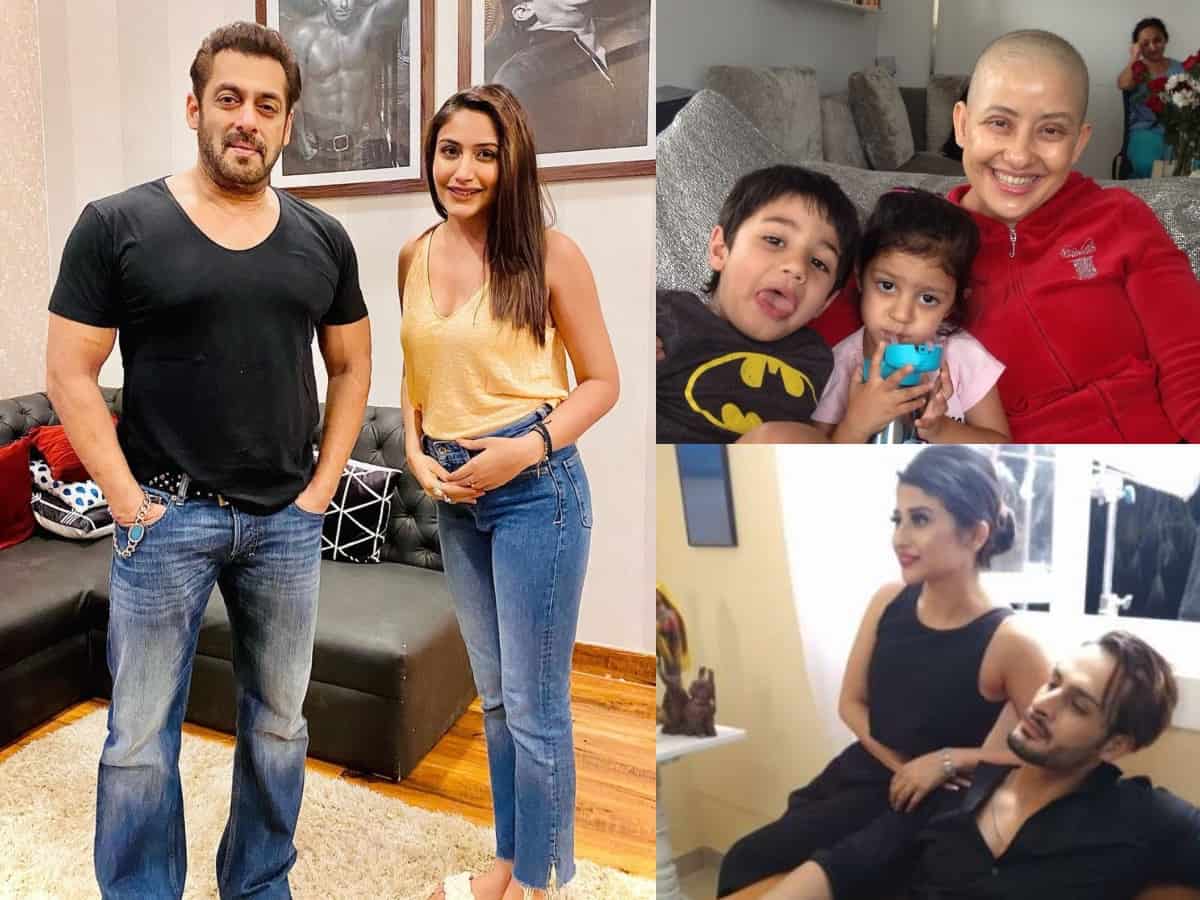 Mumbai: Since the entertainment industry is always buzzing with new happenings almost on an hourly basis, one might miss out on major pictures and posts that grabbed headlines or went viral online. And like every day, a bunch of photos have been doing rounds on the internet. So we thought of giving you a round-up of the most trending pics and a few videos of your favourite celebrities.

Here’s your daily dose of pictures and videos, check out:

On the occasion of National Cancer Awareness Day, November 7, actress and a cancer survivor, Manisha Koirala took to her Instagram handle to write a note sending in wishes and strength to cancer patients and also shared pictures from her cancer treatment which are now going viral on social media.

Arjun Kapoor posted a candid picture taken by a paparazzi on his Instagram. In the image, Arjun is seen flashing a big smile while chatting with Malaika Arora, whose back is towards the camera in the picture. “When she laughs at my nonsense, She makes me happy…@malaikaaroraofficial Thank you @ak_paps for this picture,” Arjun wrote.

Hina Khan shared her beautiful pictures from a recent Diwali bash which are now surfacing online.

Varun Dhawan shared a click of himself and his Jug Jugg Jeeyo co-star Kiara Advani on Instagram and wrote, “Ek hi balcony thi. Looking forward to the final schedule as we wrap this one! #jugjuggjeeyo 💛 Missing the family @anilskapoor @neetu54 @mostlysane @manieshpaul.”

Reports have it that Bigg Boss 15’s popular contestant Umar Riaz is dating BB 12 contestant Saba Khan. Saba was part of season 12 of the controversial reality TV show and she had entered the show with her sister Somi Khan. Ever since the reports went viral, Saba Khan’s pictures have been doing rounds on the internet. Have a look.

Katrina Kaif and Akshay Kumar were seen promoting their recently released film Sooryavanshi on The Kapil Sharma Show. In a new promo of the show, Akshay is seen making a blockbuster entry on the stage. Soon, we see the host welcoming Katrina Kaif. Katrina greets everyone but Akshay. Akshay is soon heard saying, “She didn’t even greet me. This is respect for seniors”. Agreeing with Akshay, Katrina promptly touches his feet, leaving him surprised and the audience in splits.