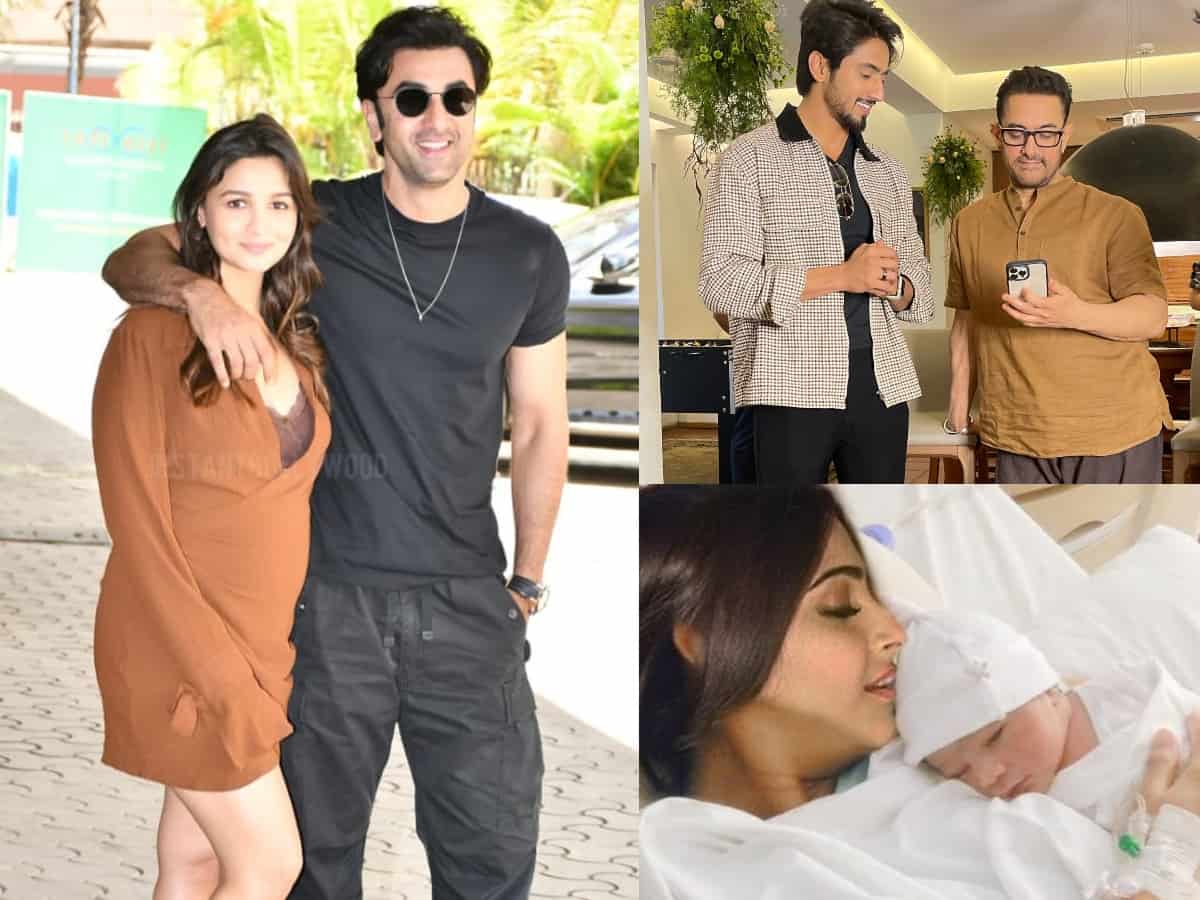 Mumbai: Ardents fans are always keen to stay updated about favorite stars, from seeing where they are traveling, what they worn to the new project that they are taking up and everything in between. Thanks to the social media that allows us to get glimpse of all.

Here we bring you a round up of all the viral pictures that are sure to grab your attention. Scroll ahead and have a look.

Sonam Kapoor and Anand Ahuja are all set to welcome their first child soon. Sonam’s family and fans are super excited to welcome the newborn. Reportedly, the actress’ due date is in August. Amid this, several morphed pictures of Sonam Kapoor with a newborn in her arms are surfacing on social media claiming that the actress has already welcomed her child.

Khatron Ke Khiladi 12 contestant Faisal Shaikh and actor Aamir Khan reportedly have teamed up for a project. While more details about the same are yet to be disclosed, few pictures of the duo are surfacing online that has left fans excited.

Bollywood actor Salman Khan took a small break before starting the shoot of Bhaijaan and jetted off to his favorite destination Dubai. In a video that is surfacing online, the actor can be seen striding along with his bodyguard Shera at The Dubai Mall. Watch below.

Aamir Khan attended his sister and producer Nikhat Hegde’s 60th birthday celebrations. Nikhat took to her Instagram handle and gave a sneak-peek of her birthday bash. Have a look.

Amitabh Bachchan granddaughter Navya Naveli Nanda recently took to her Instagram handle to share a throwback picture of herself. She looks cute as a button-in tomato red sweater. She captioned the image, “Sweeeeet like sugar.”

Khatron Ke Khiladi 12 Jannat Zubair has set internet on fire with her glam pictures in pink color body hugging dress. Have a look at the photos below.

Alia Bhatt and Ranbir Kapoor have finally made a joint appearance after a long time as they joined Brahmastra director Ayan Mukerji for the launch of a song preview. In the photos, Alia can be seen flaunting her baby bump for the first time.

Shoaib Ibrahim and Dipika Kakar are celebrating the latter’s birthday in Dubai today. Taking to Instagram stories, Shoaib shared a picture of himself with Dipika as they posed infront of beautiful Burj Khalifa.