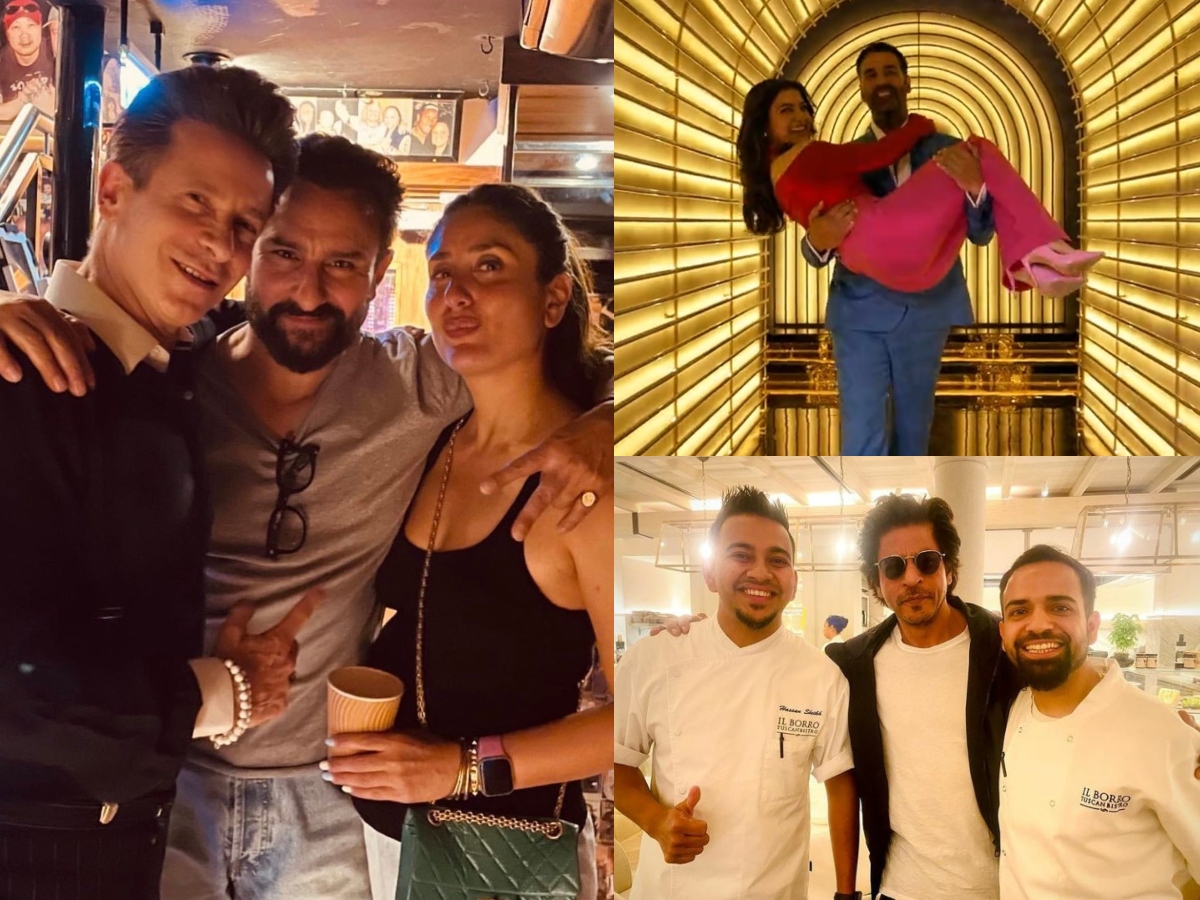 Mumbai: From their vacay pictures, get togethers to upcoming releases, social media feeds are flooded with unmissable uploads by our beloved celebrities. However, often we miss out on interesting updates and if that is the case, then fret not! We have got you covered in today’s ‘Trending Pics’ section.

Tennis star Sania Mirza, who stays in Dubai with her husband Shoaib Malik, is back in her favourite city ‘Hyderabad’. Sania reunited with her sister Anam and we got a glimpse of their sweet reunion through their social media handles. Check them out below.

Kareena Kapoor Khan, who is currently holidaying in London, is taking internet by storm with her latest clicks which showcased her baby bump. It is being speculated that the actress is expecting her third child soon.

Aamir Khan’s daughter Ira Khan shared two images on Instagram in which she is seen alongside her boyfriend, Nupur Shikhare and her paternal grandmother Zeenat Hussain. In the caption, Ira wrote, “Random happy photo.”

Sussane Khan is currently enjoying her vacay with beau Arslan Goni in California. In a series of Instagram posts, Sussanne gave fans a peek of all that she was up to with her man while enjoying a sunny day out in town. “What’s the story… morning glory,” she captioned a car selfie that had Arslan by her side.

A new promo Koffee With Karan season 7 featuring Akshay Kumar and Samantha Ruth Prabhu is out. As the promo begins we see Akshay lifting Samantha in his arms as he brings her to the couch on the show. Several snippets of the duo from the promo are being shared on Twitter.

Megastar Amitabh Bachchan has mocked himself over his new look, hoodie paired with harem pants. The 79-year-old shared two pictures of himself along with a hilarious poem describing his outfit.

Vicky Kaushal shared a romantic picture with his actress wife Katrina Kaif on Instagram from their Maldives vacation.

Shah Rukh Khan’s new look from his upcoming film directed by Rajkumar Hirani ‘Dunki’ is going viral on internet. In the photos, the actor can be seen sporting a casual, rugged look.