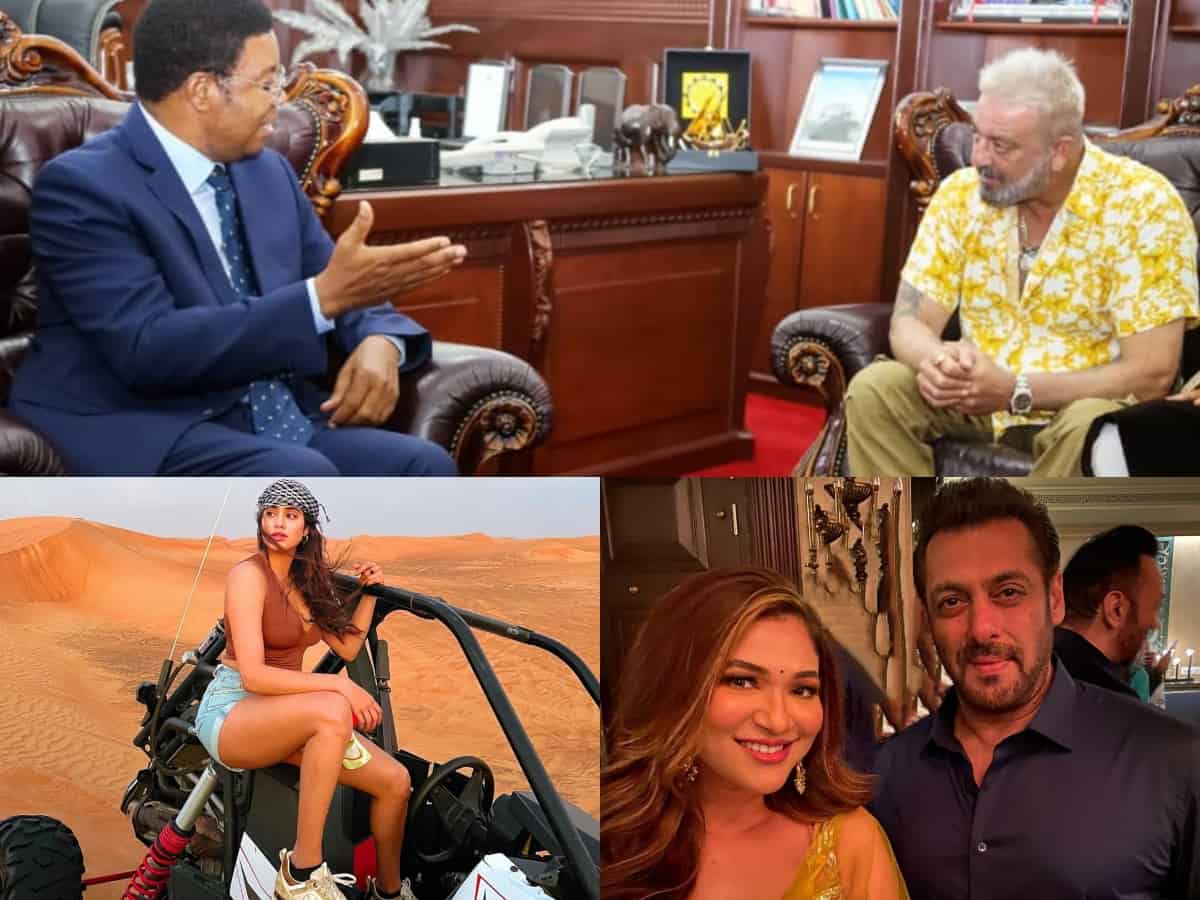 Mumbai: Every day, our favourite celebrities make sure to give their fans and followers the daily dose of entertainment on their respective social media handles. Whether it is showcasing the on-screen looks of their upcoming movies or their everyday looks or just their holiday glimpses, the tinsel town is constantly brimming with glitz and glam.

In today’s segment of ‘Trending pics’, Sanjay Dutt, Janhvi Kapoor, Rahul Vaidya, Ridhima Pandit, among others have made headlines.

Bigg Boss OTT contestant Ridhima Pandit recently fulfilled her wish when the actress met the Bollywood superstar at the Diwali party hosted by Ekta Kapoor at her residence. Ridhima took to social media to share a picture with the Bigg Boss 15 host. In the picture, Ridhima and Salman can be seen sharing smiles.

Sisters Janhvi Kapoor and Khushi Kapoor are having a blast on their holiday in Dubai. The duo posted postcard-worthy photos from their desert Safari which are surfacing online. Janhvi shared a bunch of pictures of herself posing on an all-terrain vehicle (ATV) with Khushi and Orhan. “Dessert in the desert,” she captioned it.

Actor Sanjay Dutt has recently met Prime Minister of Tanzania Kassim Majaliwa. The actor took to Instagram and shared a glimpse of his meeting with Majaliwa. He uploaded a set of images in which he can be seen conversing with the PM.

TV actress Disha Parmar is ringing her birthday today in Kashmir along with her husband and singer Rahul Vaidya. He took to his Instagram handle to share some beautiful pictures amid the stunning backdrop and wished his dearest wife Disha.

Nobel laureate Malala Yousafzai got married to Asser Malik and announced the same on social media on Tuesday. Ever since the people are digging up old photographs of the couple together which are now going crazy viral on social media. One picture, in particular, which caught the Internet’s attention is the couple’s pic with Bollywood superstar Shah Rukh Khan.