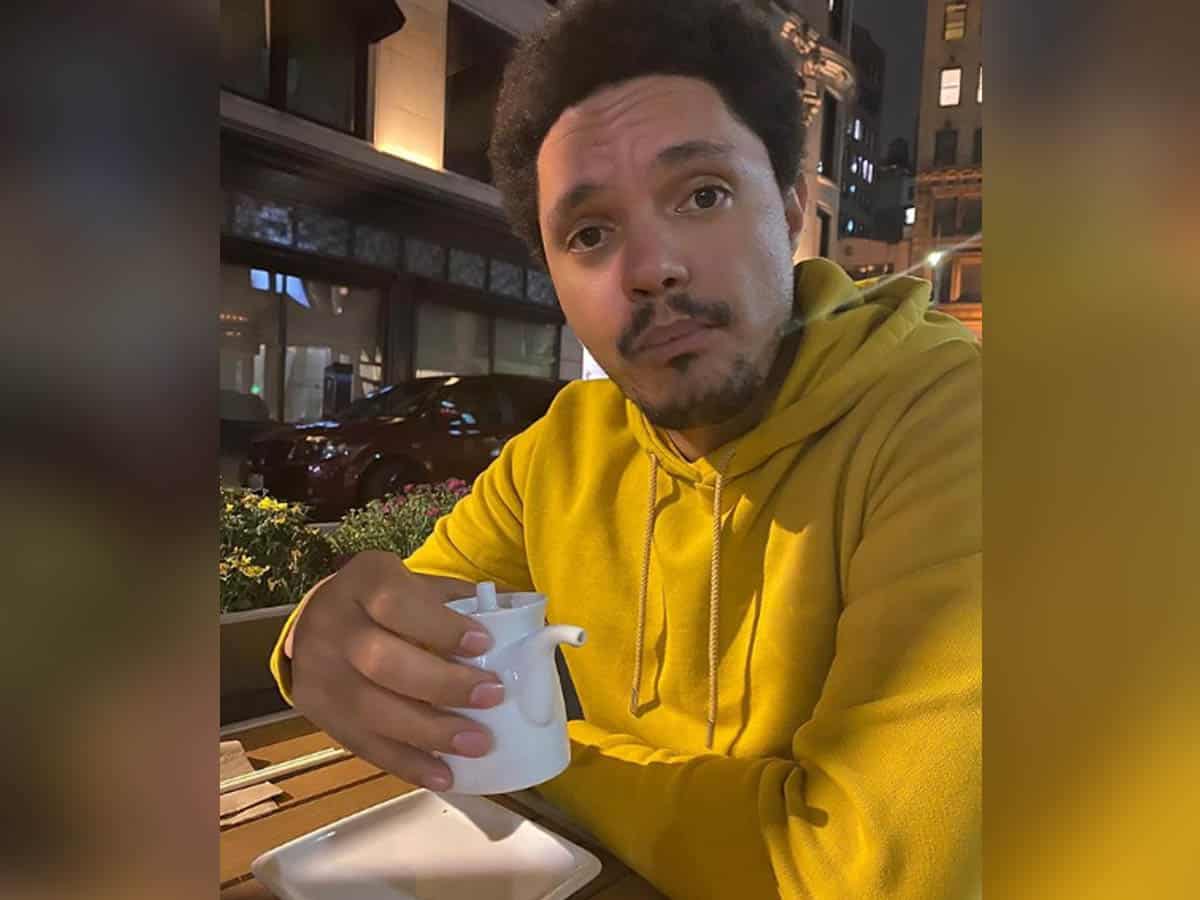 Washington: The latest international celebrity to speak out about the ongoing farmers’ protest in India is comedian-TV host Trevor Noah, who addressed the issue in his American late-night show ‘The Daily Show With Trevor Noah’.

Noah covered the issue in the latest edition of the show’s segment ‘If you don’t know, now you know’. An eight-minute clip featuring the host speaking about the ongoing farmers’ protest has also been posted on the show’s official Twitter handle.

“Why are India’s farmers protesting? The government tried to change the decades-old agriculture laws and that’s when the manure hit the fan. If you don’t know, now you know,” the tweet read.

The nearly 8-minute-long clip is an explainer for the viewers about the ongoing protests about the three agricultural laws introduced by the Central government.

The clip also sheds light on the violence that broke out during the protests on Republic Day and the subsequent crackdown. In the video, Noah also spoke about the postponement of the law by eighteen months and said that it wouldn’t satisfy the farmers.

The host also said that the farmers are not likely to give up any time soon because “nobody on earth is more patient than the farmer.”

Nearly a week back, American pop star Rihanna had tweeted addressing the farmers’ protest in India. Rihanna had extended support to farmers protesting on the borders of India’s capital. Apart from her, several other international celebrities such as Jay Sean, Amanda Cerny, Lilly Singh, Greta Thunberg came out in support of the farmers.

Several other celebrities including Priyanka Chopra, Sonam Kapoor, Diljit Dosanjh, have also spoken in support of the farmers.

Following the reaction of international celebrities on the issue, many Indian stars like Akshay Kumar, Ajay Devgn, Karan Johar, and Sachin Tendulkar have voiced their support for the government calling the protests an “internal” matter.

Farmers have been protesting on the different borders of the national capital since November 26 last year against the three newly enacted farm laws: Farmers’ Produce Trade and Commerce (Promotion and Facilitation) Act, 2020; the Farmers Empowerment and Protection) Agreement on Price Assurance and farm Services Act 2020 and the Essential Commodities (Amendment) Act, 2020.