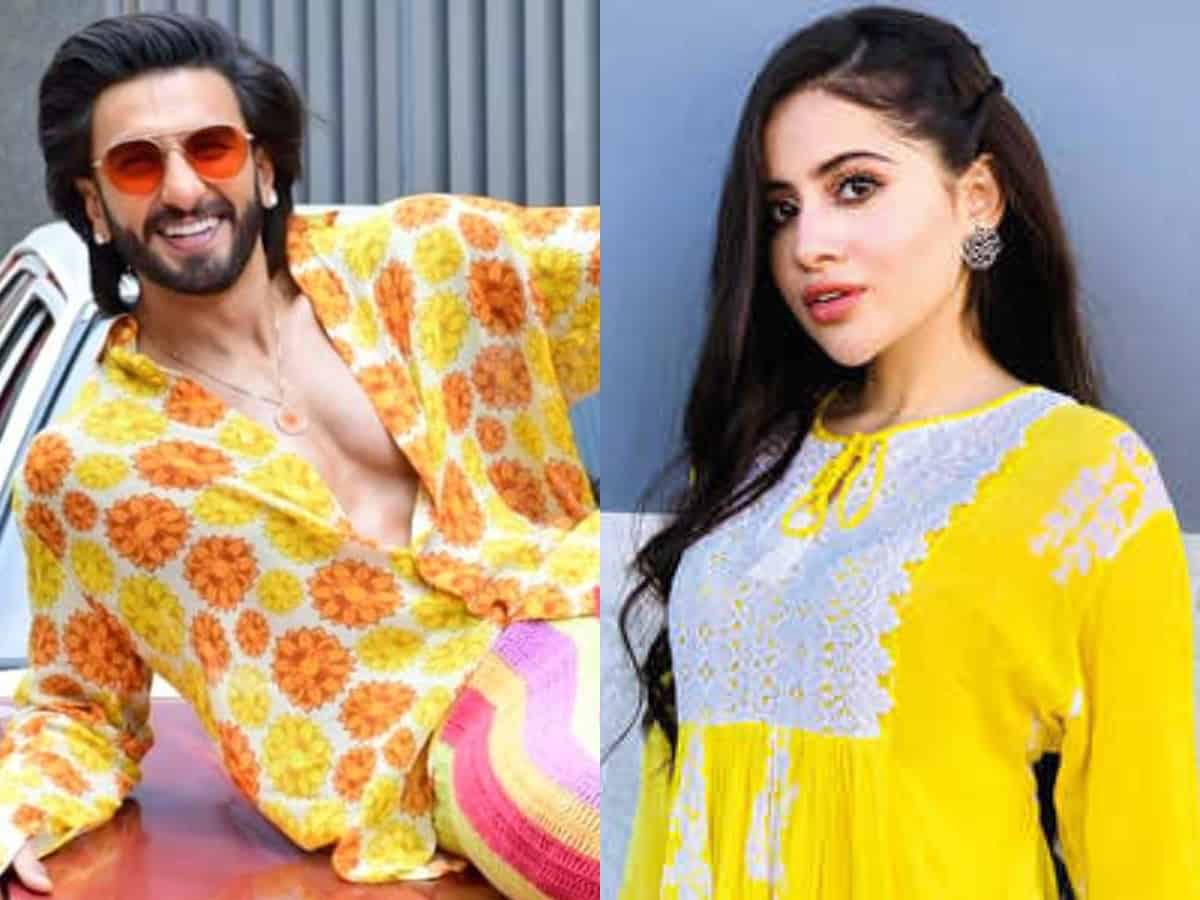 Mumbai: Bollywood actor Ranveer Singh is not only known for his energetic and power packed performance in his movies, but also his quirky and ‘over-the-top’ fashion sense. His sartorial sense is bold and loud that often grabs eyeballs. While some appreciate his daring attempts to experiment and stand out, many find it ‘unusual’. He often receives end of trolls who claim that he borrows stuff from Deepika’s wardrobe. However, this time netizens compared him with not his wife but TV actress Urfi Javed.

Ranveer Singh, who is currently busy promoting his upcoming film ‘Jayeshbhai Jordaar’ was spotted at Yash Raj Studios for the song launch of his film titled ‘Firecracker’. He donned the peppy look with a floral shirt and paired it with colourful striped pants. Several pictures and videos are going viral on social media.

He got trolled for his colourful outfit and netizens are calling him ‘Urfi Javed and Rakhi Sawant ka bhai’. For the unversed, the Bigg Boss OTT fame Urfi too is known for her quirky and unusual fashion sense. She often grabs headlines for her odd dressing style. Check out what netizens commented on Ranveer Singh’s outfit.

Speaking about Jayeshbhai Jordaar, the movie has been directed by Divyang Thakkar. It also stars Shalini Pandey and Boman Irani in pivotal roles. The movie is set to hit the screens on May 13.