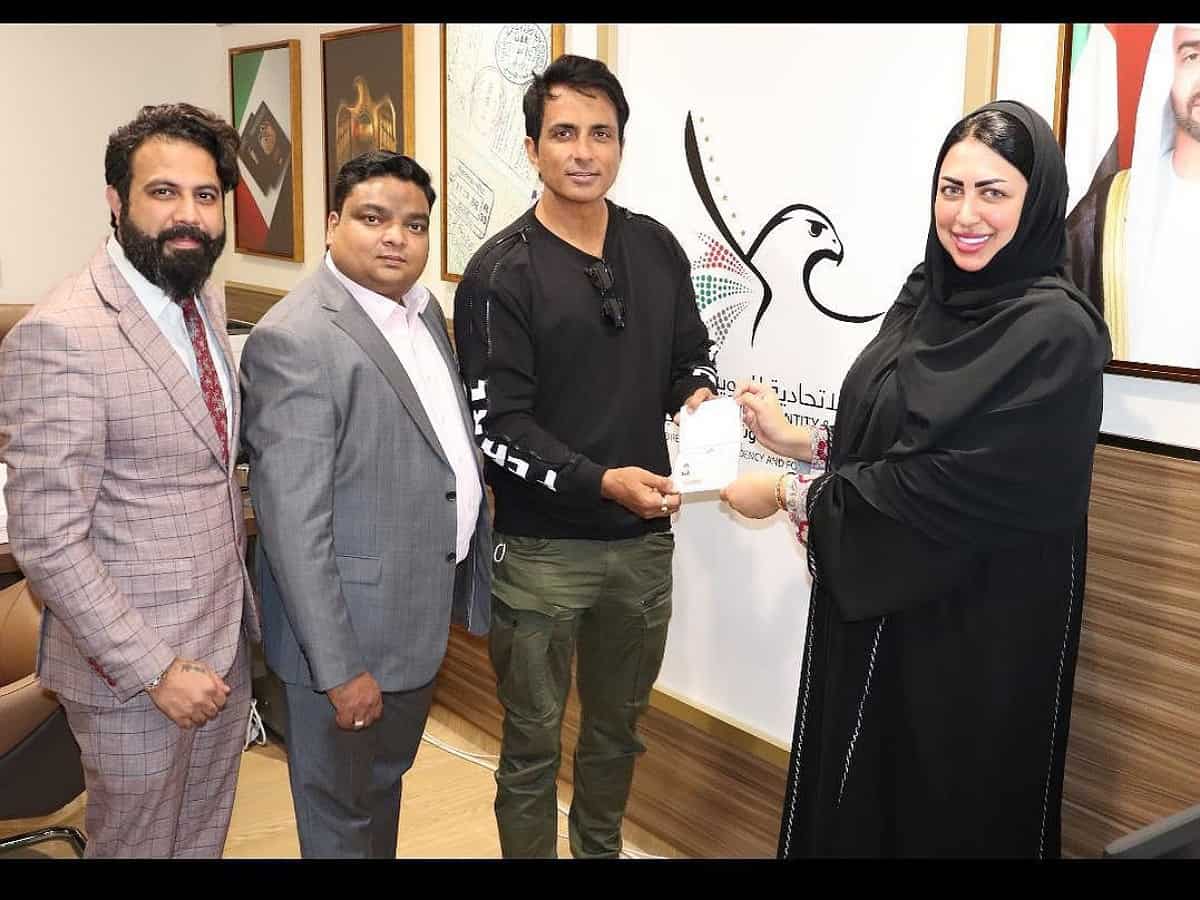 Sonu Sood expressed his gratitude towards the country for the “honour and privilege” bestowed on him.

Speaking on the occasion, Sonu Sood said, “I am incredibly honoured and grateful to the Dubai government for the Golden Visa. Dubai has been one of my favourite destinations to visit. It is a dynamic place to thrive. I am thankful to the authorities for the privilege.”

Since the outbreak of COVID-19, Sonu Sood has been carrying out commendable work. He has been a saviour of thousands of people who suffered during the lockdown imposed due to the COVID-19 pandemic.

In the midst of the COVID-19 crisis, Sonu Sood provided transportation for millions of migrants and stranded students to help them reach their homes. He had also provided financial assistance to many.

Sood was also awarded one of the most prestigious awards, the SDG Special Humanitarian Action Award, by the United Nations Development Program (UNDP) for his good deeds.

Boney Kapoor alongside his family Janhvi, Arjun and Khushi were awarded the golden visa.

The visa is open to investors, entrepreneurs, extraordinary talents and researchers in many disciplines of technology and knowledge, as well as extraordinary students.