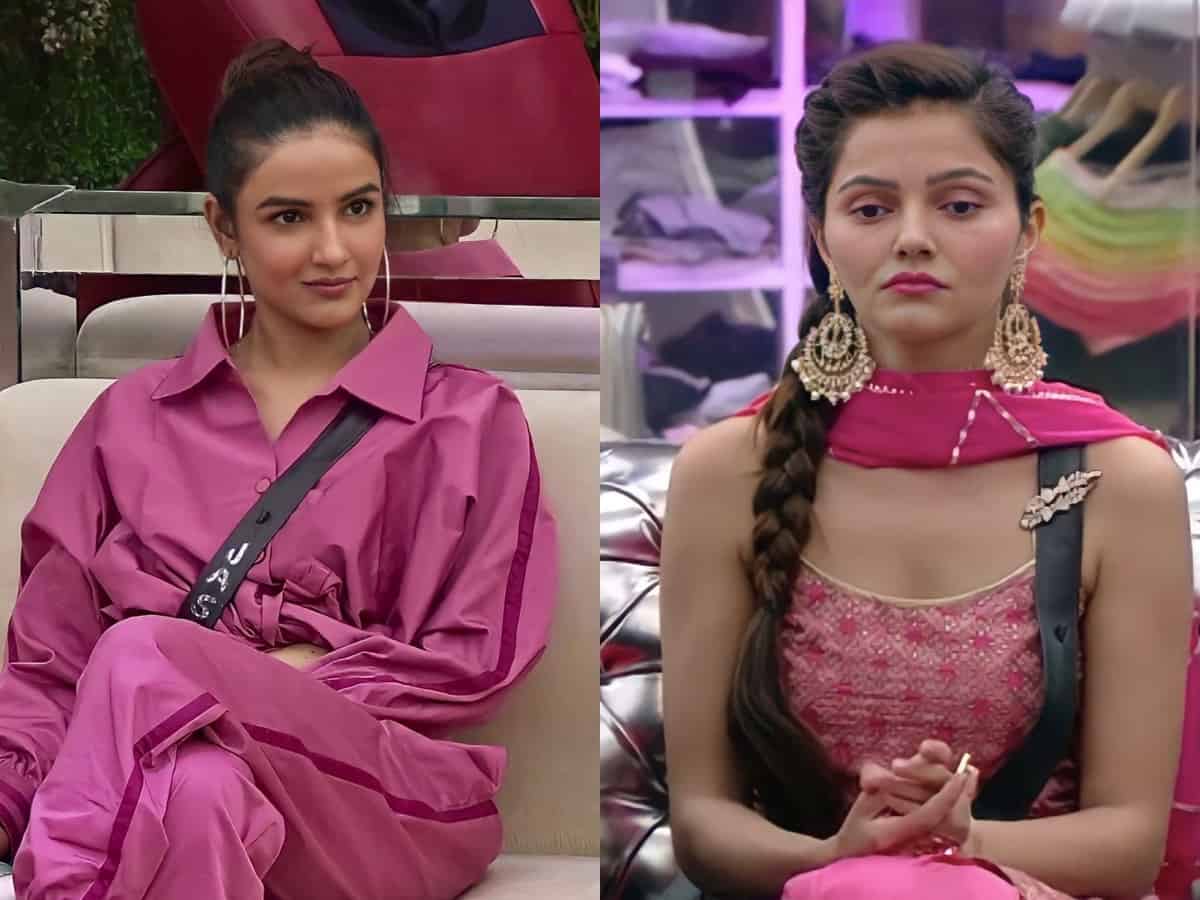 Mumbai: With the finale week just a few days away, makers of Bigg Boss 14 are leaving no stone unturned to make the show more and more interesting. Though the beginning of ongoing season failed to impress audience, the makers did their best to garner audiences’ attention with many additions and eliminations.

Ugly fights, hilarious antics and weekly tasks wounded in each others’ egos, drama and comedy have always helped Bigg Boss to grab viewers’ eyeballs and achieve a top place in the TRP list.

Recent ugly war that caught the attention of audience is the sensational fight between Rubina Dilaik and Jasmin Bhasin during the ticket to finale task.

Jasmin Bhasin, who was eliminated from the show a couple of weeks ago, re-entered Bigg boss 14 in connections week to support boyfriend Aly Goni. Ever since she stepped inside the house, she has been getting into altercations with Rubina Dilaik.

The recent promo shared by Colors channel shows, both Rubina Dilaik and Jasmin Bhasin get angry and ask each other to shut up. Jasmin also gets into the fight. Rubina tells Jasmin, “You are ugly mouth woman,” and Jasmin retorts, “You are ugly woman top to toe.”

The promo clip also shows, participants putting in their best efforts for the task to get their ‘ticket to finale’ as a vocieover tells us, “Finale ki ticket pane ke liye gharwale sari hadein karenge paar (the housemates will cross all limits to obtain the ticket to finale).”

Also Read: Bigg Boss 14 grand finale to be aired on THIS date

Meanwhile, only six contestants are left for the finale and they are doing the best they can to win the show. They are Aly Goni, Rubina Dilaik, Nikki Tamboli, Devoleena Bhattacharjee aka Eijaz Khan, Rakhi Sawant and Rahul Vaidya.