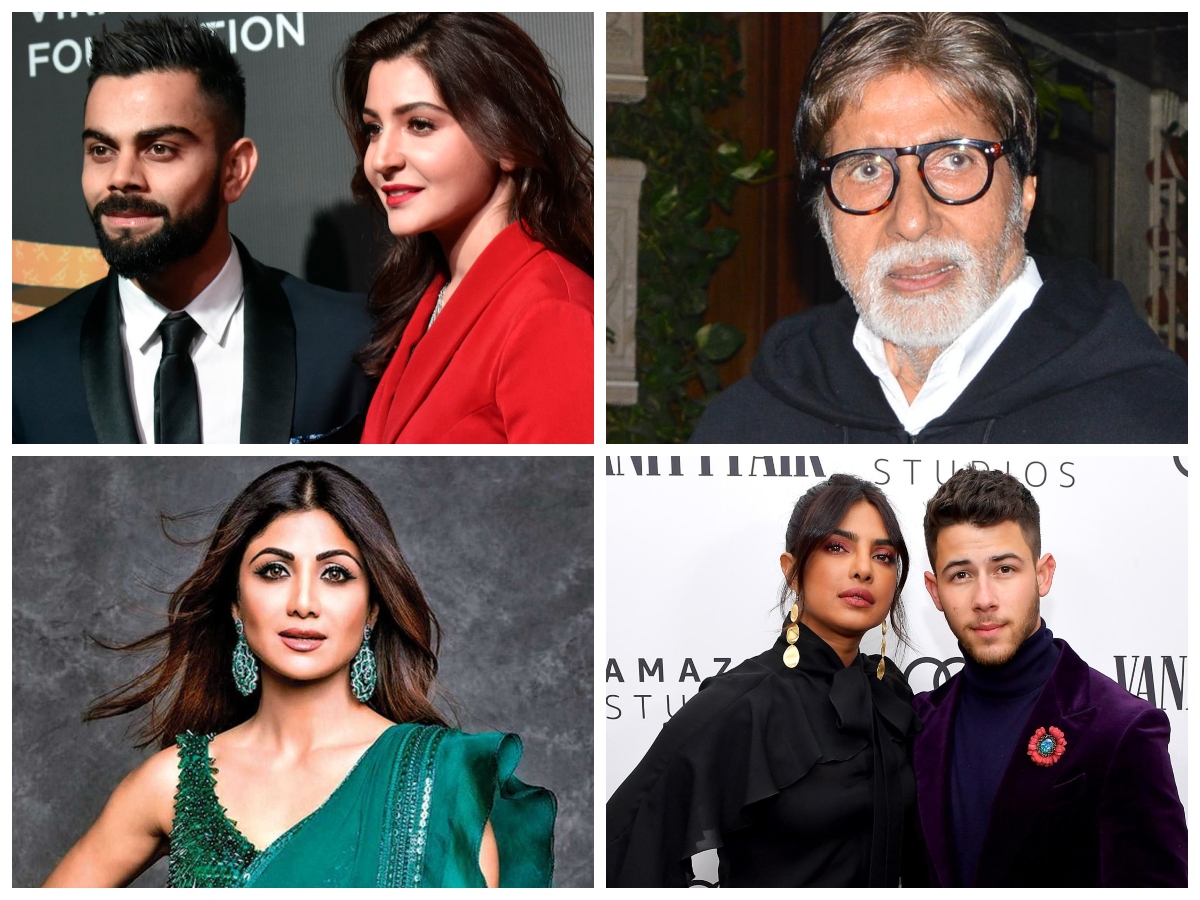 Hyderabad: India is fighting hard against the second wave of the COVID-19 pandemic and everyone has been trying to do their bit in helping the needy. Bollywood stars have also been doing their part to help the people in need. While some appreciate the efforts of these wealthy celebrities to raise money for COVID-19 relief, some are calling them out for contributing only a tiny bit of their big bank accounts.

Common people are suffering from a lot of distress from lockdowns and financial problems at work. Seeing the celebrities enjoy their rich lavish life and their behaviour towards the pandemic, people have been expressing anger on social media and many celebrities were heavily criticized.

On May 7 when the dynamic duo of Indian cricketer, Virat Kohli and his wife, Bollywood actress Anushka Sharma tweeted that they were setting up a fundraising campaign for helping with the COVID 19 situation, the couple’s initiative received mixed response.

Following the post, people had a lot of opinions and most were just disappointed. People expressed their anger by even calling them out about their career.

The power couple set the goal for the fundraiser to 7 crore rupees to which they themselves have donated 2 crore rupees. The funds collected will be used towards tackling the ongoing oxygen shortage in Indian healthcare facilities. People called them out as their donations were not good enough in comparison to their net worth alone.

Here are some reactions:

Another celebrity who has been at the receiving end of the backlash is actress , Shilpa Shetty. The actress had posted an emotional video on her Instagram on April 26, sharing her partnership with Khaana Chahiye, an organisation that helps fight hunger.

“I usually share information to motivate you… But today, I need a lot of motivation. I’m not OK, none of us are. We are experiencing this inexplicable pain from all that’s happening around us,” Shetty posted, appealing to her fans and “friends in the industry” to help as much as they can.

The comments weren’t as pleasing either as one said “Instead of showing sympathy pls try to arrange medicine, injection and oxygen ….to the needy. You being an influencer and capable please do something. As your video can’t do anything.”

Another comment read, “Now she is saying we are together. They didn’t support farmers at all. No one from Bollywood is helping right now. She and her family were on vacation when poor people were dying. They don’t care about anyone. They just want their name and fame.”

On April 29, Global star Priyanka Chopra Jonas along with her husband, famous musician, Nick Jonas launched a fundraiser with the target goal of $950,000. The response from other celebrities and help from foreign country was noticed, yet their donation for the cause was not specified but the actress just stated that they have donated.

While all this have been going on, actor Amitabh Bachchan took to his blog and wrote about his contributions after seeing the Bollywood industry and mainly his family being included and subjected to abusive comments online.

The actor wrote, “Yes I do charity, but have ever believed it to be done, then spoken of.. it is embarrassing, in too great a self consciousness.. of one that has ever felt shy of public presence despite the profession. Yet the pressure though, with everyday abuse and the filth of distasteful comment, to me and the family is uncalled for”.

Bachchan then went on to write the details about the help he provided to the people in need especially during the COVID-19 pandemic, without disclosing the amount.

He wrote, “We had provided food for over 400,000 to the daily wage earners who couldn’t go to work due to the lockdown in the country for a month, feeding almost 5000 in the city each day- lunch and dinner to those that suffered during the COVID last year.”

The actor then went on to mention other donations like how his family and the team went on to provide masks, PPE units to the front line warriors like police, hospitals and more through his personal funds. He has also mentioned about donating to the Sikh Committee that was helping the migrants to travel back home in inter state buses.

He then mentioned that he has adopted 2 young children who were orphaned by the sudden death of parents due to COVID-19 and that he shall put them in an orphanage in Hyderabad. The actor wrote that he will pay for all their study and lodging expenses till they finish school and if turned out to be bright, he will provide them with free upper education.