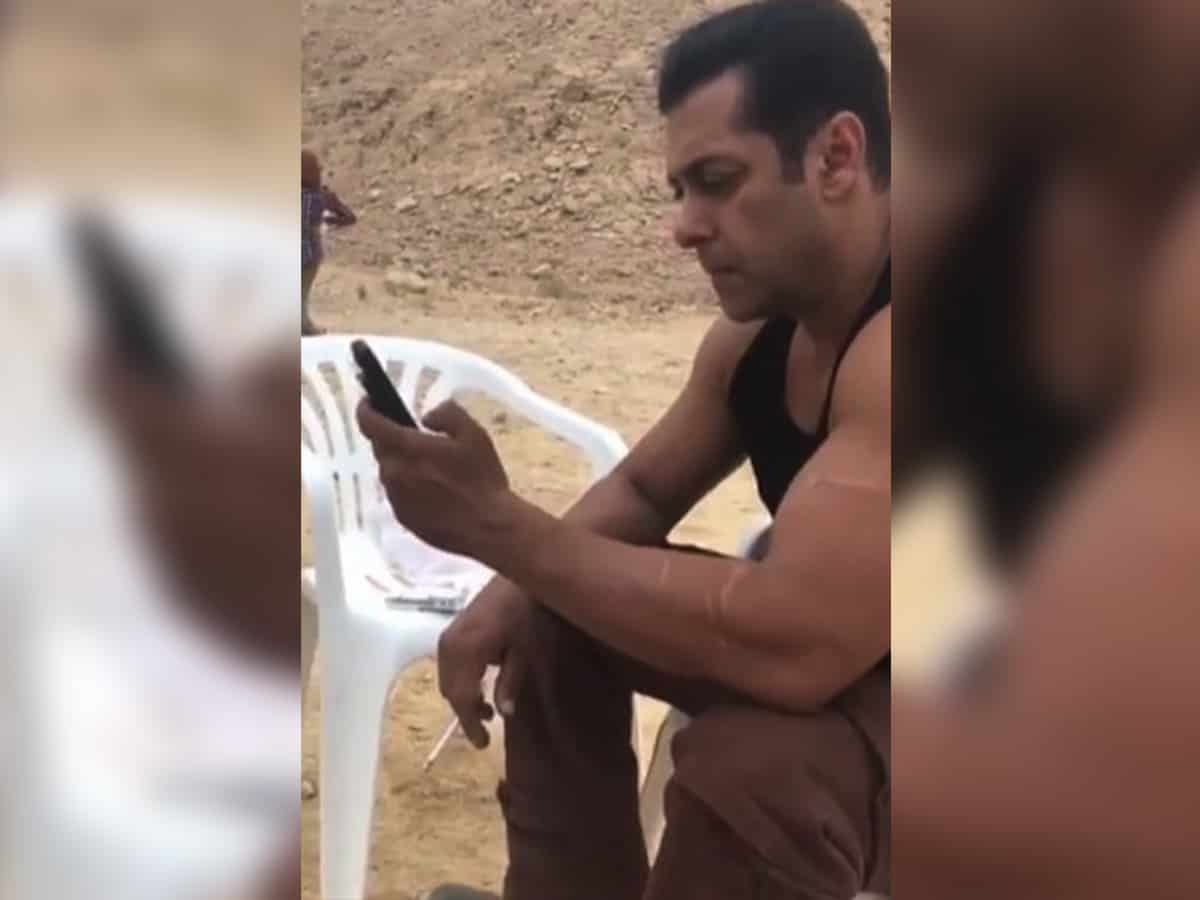 Mumbai: A new video of superstar Salman Khan has come up on social media. In a BTS clip shared by an Instagram page ‘Bollywood Everythings’, Bhaijaan can be seen chilling with a cigarette and engrossed in his mobile phone on the sets of his film. Going by Salman’s physique and avatar, it seems like the clip is from Tiger 3’s filming days. Watch it below.

Salman is currently shooting for Kabhi Eid Kabhi Diwali (now titled Bhaijaan) along with Pooja Hegde who is playing female lead role in the movie. It also stars Shehnaaz Gill and Raghav Juyal in the important roles.