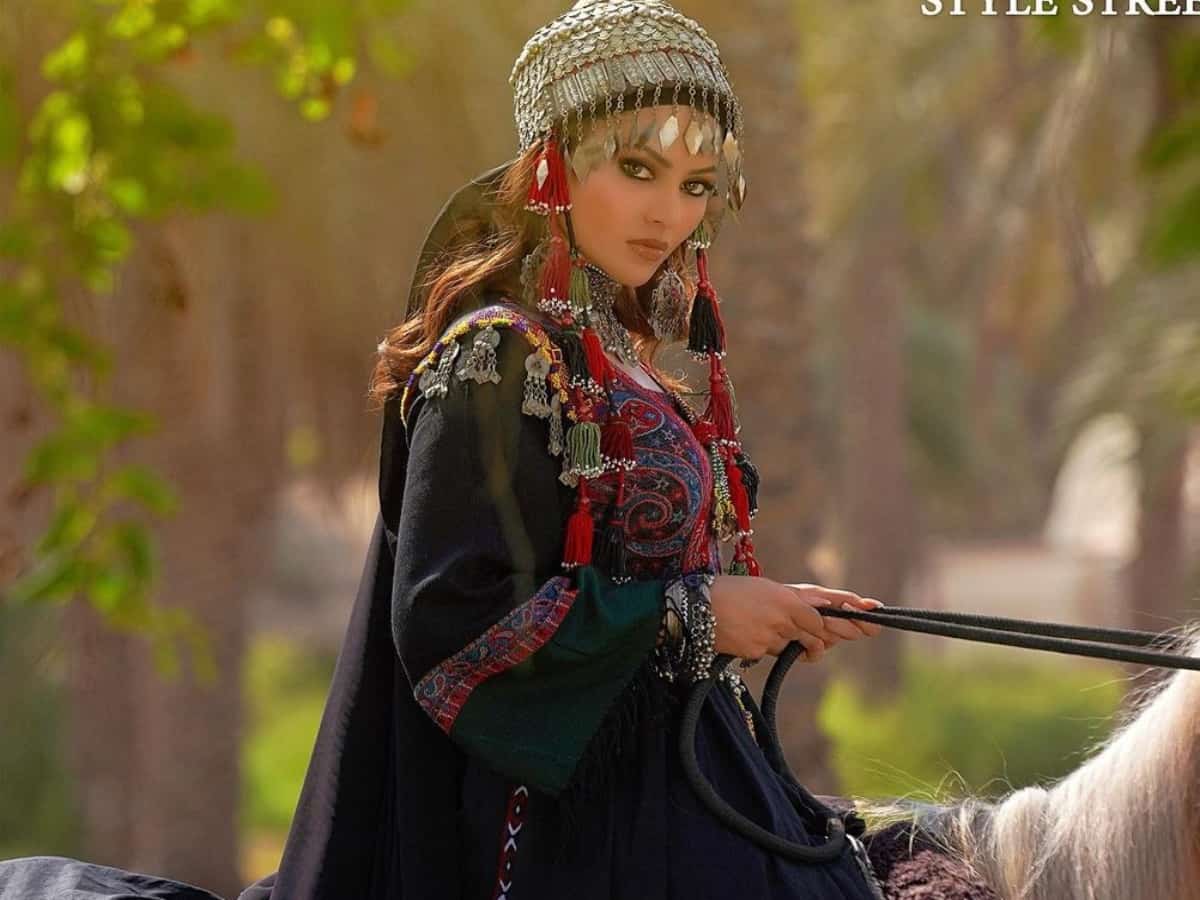 Urvashi was recently in the news as she made a lovely style statement at the Filmfare Awards 2021 red carpet with her ravishing red attire. She has now featured on the cover of Baghdad Style Street’s March 2021 special issue.

Taking to her Instagram Urvashi announced the same, expressing her happiness she wrote, Honoured to be the First Asian/Indian Artist to be on the cover of Iraq’s No.1 Magazine @baghdadstylestreet . Thank You Iraq 🇮🇶 Baghdad for always showcasing massive love towards me. I’m truly elated big love to all my fans & loved ones.”

The ‘Sanam Re’ actress further explained about Iraqi fashion and wrote, “The history of Iraqi fashion is as diverse as the different cultures and influences which have passed through the country since its inception as an independent state.”

Urvashi Rautela looks elegant and mesmerizing on the magazine’s cover, wearing an Abaya- Iraqi traditional attire and holding the leash of a horse, along with an impressive traditional Iraqi headpiece. Have a look at the Instagram post here.

“The Arab region is rich in its artistic legacy. Arab cinema has recently achieved unparalleled successes, most notably the film Capernaum, which attracted me very much,” Urvashi said in a conversation with Baghdad Style Street.

Urvashi Rautela is known for her projects like the recent Virgin Bhanupriya, Sanam Re and her dance number in Hrithik Roshan’s Kaabil, ‘Saara Zamaana’.

She will also soon star in an international music collaboration ‘Versace’ with Egyptian superstar Mohamed Ramadan, as well as ‘Mar Jayenge’ which is a track by Guru Randhawa.