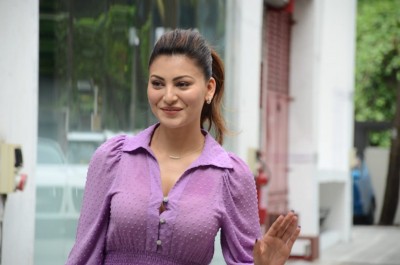 Mumbai, Nov 30 : Actress Urvashi Rautela says her look in her latest music video, Teri load ve, is inspired by Lady Diana, and shared that working on her biopic is on her wishlist.

“It is true that my look from ‘Teri load ve’ is inspired by the gorgeous Lady Diana. In future, I would like to delight my audience with a more charming portrayal of a princess,” Urvashi said.

“In the future, I would love to play a Disney Princess or work on a biopic of Lady Diana by getting a dialect coach and doing my research. After going through a lot of biographies myself, I would love to do some princess portrayal in my upcoming films. I know that playing a real princess in a biopic will be challenging, distinct, and extremely particular, but it will also be a dream come true,” she added.

Teri load ve is sung by Singga, and composed by Tipu Sultan.

Urvashi is now looking forward to the release of her Telugu film “Black Rose”.