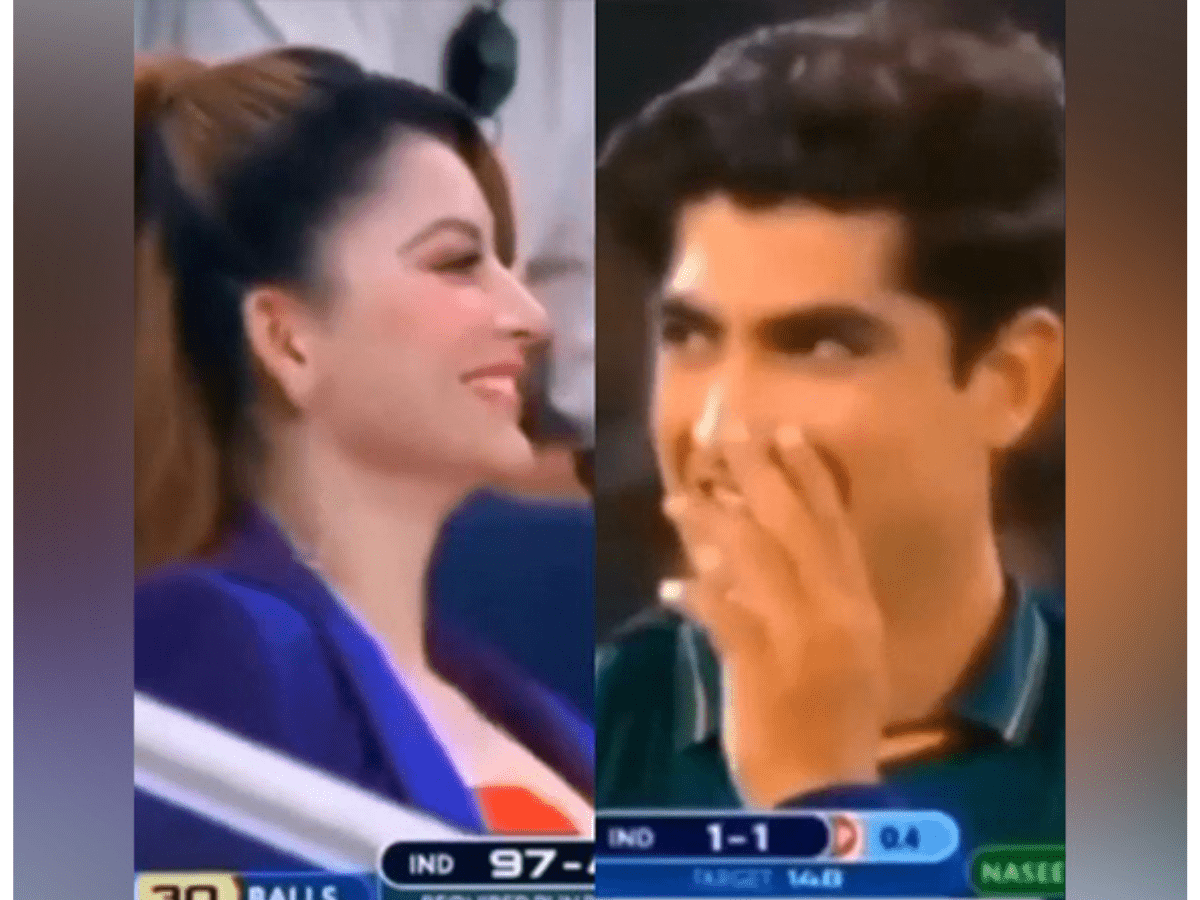 Taking to Instagram, Urvashi, shared a video on her story in which the ‘Paagalpanti’ actor could be seen enjoying India vs Pakistan match at the Dubai stadium, with glimpses of Pakistani fast bowler Naseem Shah from the recent match with Atif Aslam’s song ‘Koi Tujhko Na Mujhse Chura Le’ playing at the background.

Soon after Urvashi dropped the clip, she faced netizens’ ire for sharing a video with a Pakistani cricketer.

Check out some of the trolls:

Previously, Urvashi sparked the meme fest on social media after she attended Ind vs Pak match in Dubai, where she was linked with Indian cricketer Rishabh Pant, after her controversial interview.

Earlier in August, Urvashi gave an interview to a popular entertainment portal, the clip of which has now gone viral on social media. In the interview, Urvashi said that a certain “Mr RP” waited for her for almost 10 hours in a hotel lobby to meet her while she was getting some sleep and that she felt bad for having made him wait for so long.

As soon as the clip went viral, fans started linking Rishabh Pant with her again. Netizens started to write saying that the “RP” Urvashi was talking about in the interview was nobody else but Indian cricketer Rishabh Pant.

Rishabh Pant then took to his Instagram story (which he deleted after a few hours) and wrote, “It’s funny how people lie in interviews just for some meagre popularity and for hitting the headlines. Sad how some people are thirsty for fame and name. May God bless them”. He added hashtags – ‘Mera Picha Chhoro Behen’, and ‘Jhuth Ki Bhi Limit Hoti Hai’ at the end of the note.

In 2019, Rishabh Pant dismissed rumours and announced his relationship with girlfriend Isha Negi. Rishabh shared a picture with Isha on Instagram and wrote a message for her, “Just want to make you happy because you are the reason I am so happy.”