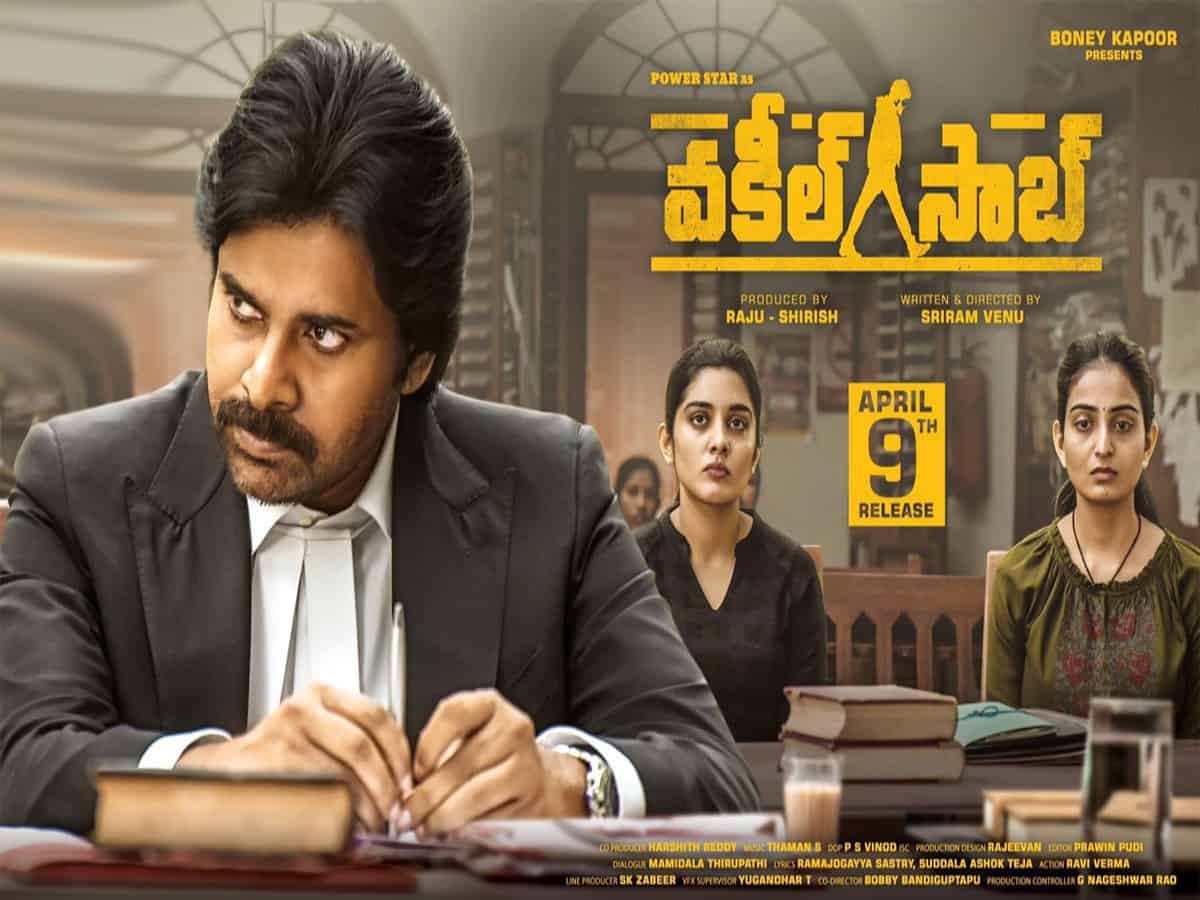 Hyderabad: Tollywood superstar Pawan Kalyan’s courtroom drama ‘Vakeel Saab’ is getting hyped up by all Telugu movie enthusiasts on Twitter as the fans have been showing their love on social media since the release.

Vakeel Saab got released in theatres worldwide on Friday, April 9.

Fans are going crazy and are super happy as their favourite star- Pawan Kalyan is back after a three-year hiatus with Vakeel Saab which is the Telugu remake of the 2016 Hindi film, Pink which featured Taapsee Pannu in the lead role.

The film is expected to do good business as its morning shows are already sold-out and also with the Twitterati calling it a ‘blockbuster’ and ‘powerful’.

In an interview with Indian express, Kalyan shared his views about the movie and the way he felt about remaking Amitabh Bachan scenes. He said “The way you have respect and love for me, I have been a crazy fan of Amitabh Bachchan since my childhood. I used to fight for him like you fight for me. I used to fight my own brother growing up. So, to be able to fill his shoes in Telugu remake, I never even thought of that.”

Vakeel Saab is being produced by Boney Kapoor. The Telugu writer-director Sriram Venu of Oh My Friend fame has directed “Vakeel Saab” and dialogues are penned by Trivikram Srinivas.