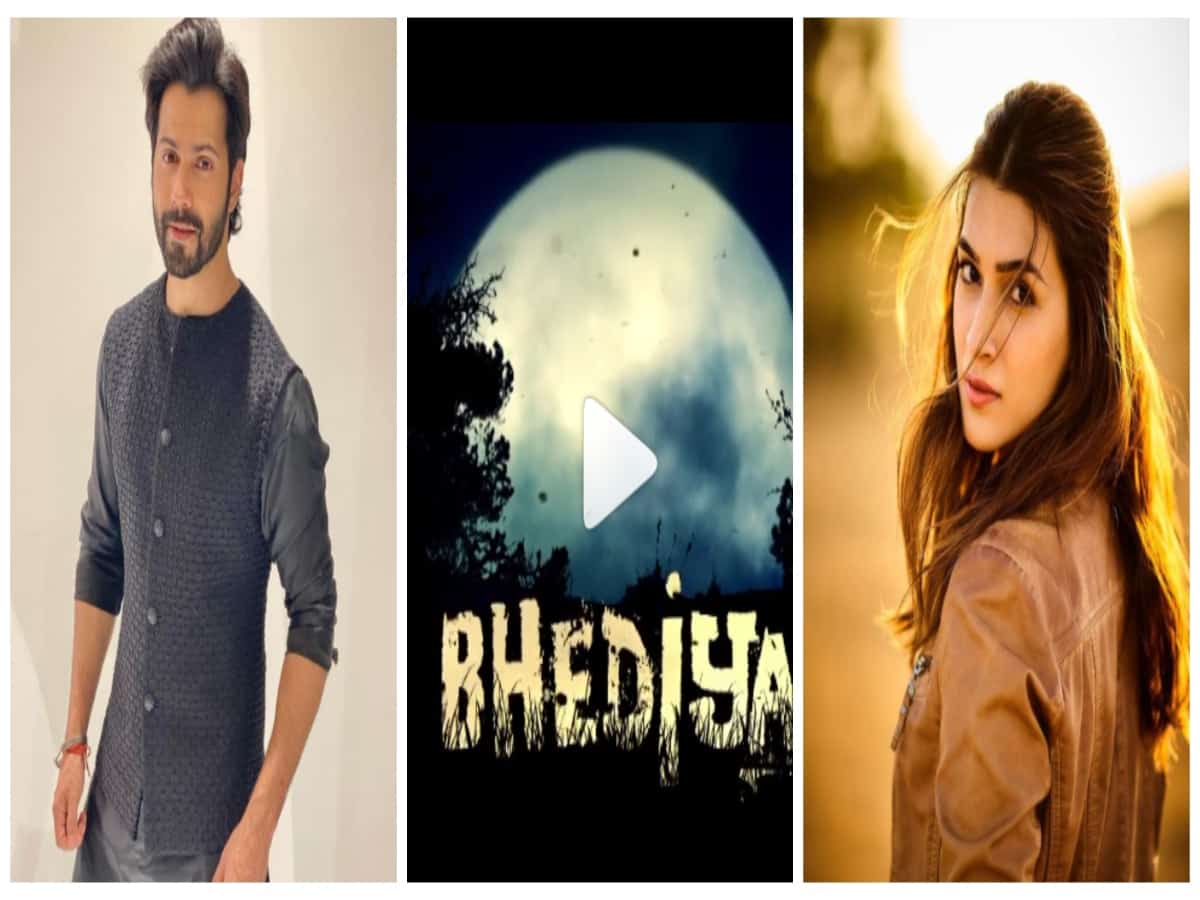 After ‘Stree’ and ‘Roohi’, Varun Dhawan and Kriti Sanon’s ‘Bhediya’ is all set to join Vijan’s horror-comedy universe.

Along with the tweet, Taran also shared the teaser of the upcoming flick which reveals the vibe of the horror-comedy film. The teaser ends with a wolf growling, teasing fans to guess the wolf to be Varun, while Kriti’s look has been kept under wraps.

The caption also disclosed the release date of the film, which is April 14, 2022.

This horror-comedy drama will mark the ‘Badlapur’ star and ‘Heropanti’ star’s third collaboration with each other after sharing screen spaces in 2015 rom-com ‘Dilwale’ and 2019 ‘Kalank’.