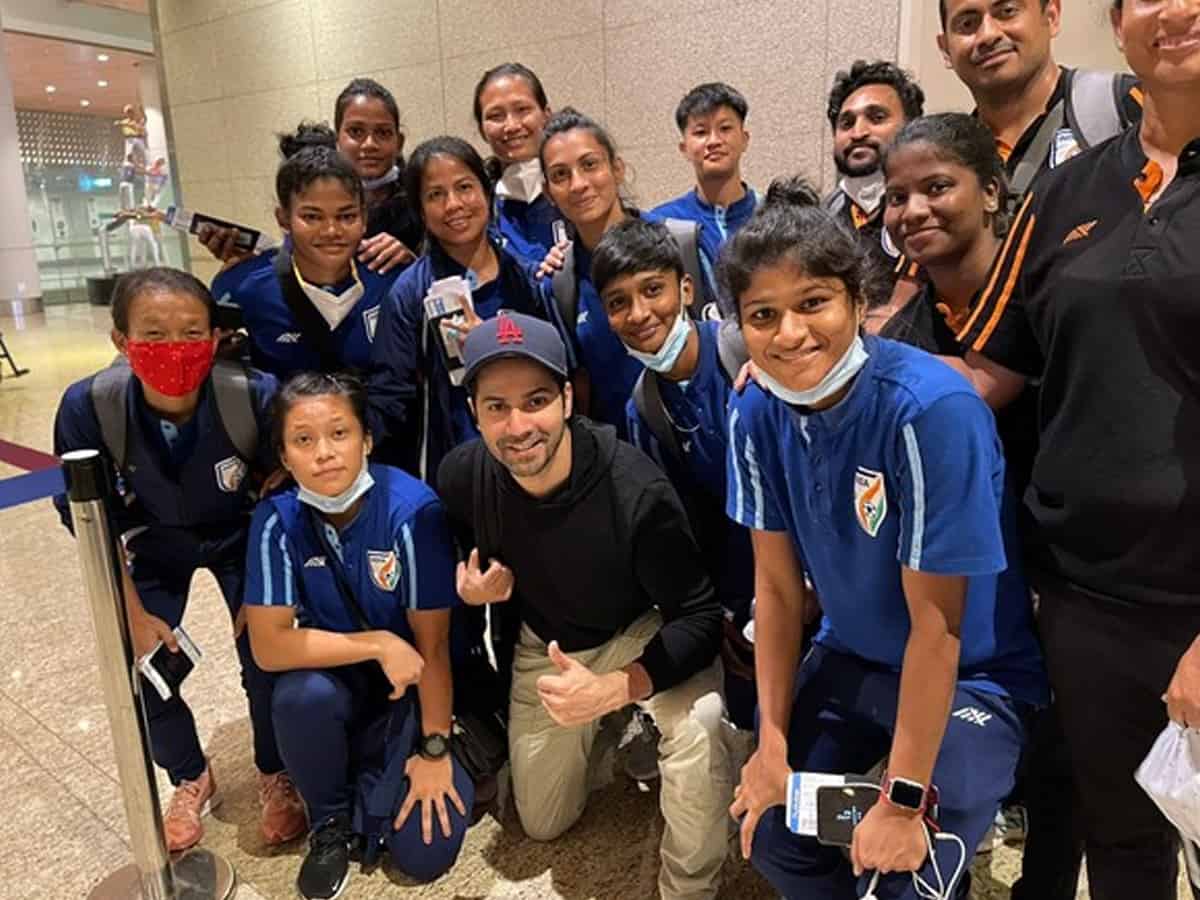 New Delhi: The Indian women’s football team on Saturday bumped into actor Varun Dhawan at the airport while heading for Manaus, Brazil, to play in a four-nation tournament, where they will play against Brazil, Chile and Venezuela.

The team and Varun seized the opportunity to get clicked together and can be seen sharing smiles as they pose for the picture.

The Indian Women’s Team, who are ranked 57 on the FIFA World Rankings, will face off against World No. 7 Brazil on November 25, Chile (World No. 37) on November 28, and Venezuela (World No. 56) on December 1. The Confederacao Brasileira de Desportos (CBF) has already named the full squad for Brazil, which also contains legends of the game like Marta da Silva and Formiga Mota.

The exposure tour is part of the team’s preparation for the Asian Cup to be held in Mumbai and Pune from January 2022.

The film, which boasts a powerful star cast including Varun Dhawan, Kiara Advani, Neetu Kapoor, Anil Kapoor, Maniesh Paul and Prajakta Koli, is set to hit the theatres on June 24, 2022.