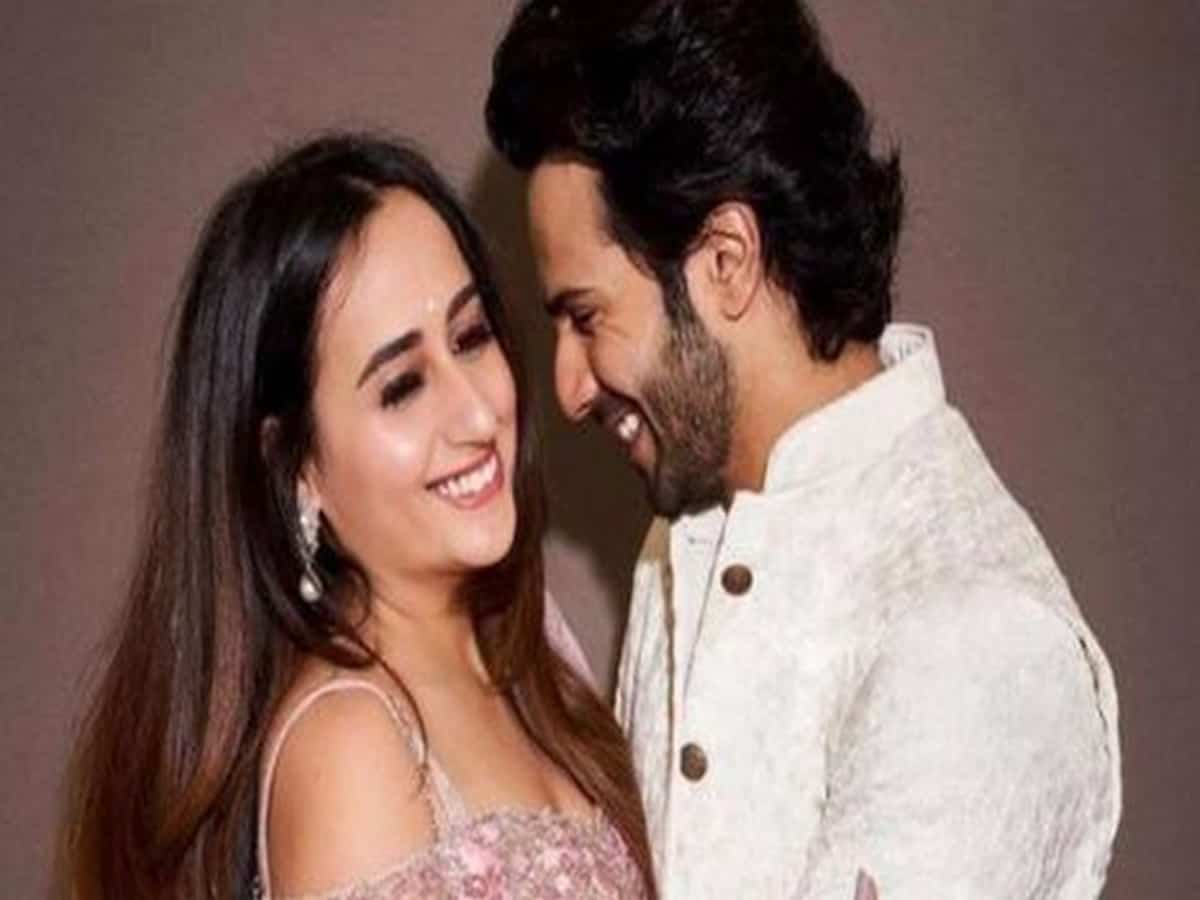 Alibaug: Bollywood actor Varun Dhawan and Natasha Dalal are going to get hitched on Sunday at The Mansion House, an exotic beach resort, in Alibaug. The preparations for the couple’s wedding are in full swing.

The much-in-love couple, who have opted for a low-key affair, will be tying the knot in presence of their family members and a few close friends from the Bollywood industry. All the celebrity guests attending the wedding today have undergone COVID-19 tests.

Varun’s close friends from the film industry including director Shashank Khaitan, Kunal Kunal Kohli, and fashion designer Manish Malhotra are currently staying in the same five-star guest house with his and Natasha’s family.

Bollywood celebrities including Shah Rukh Khan, Salman Khan, Katrina Kaif, Jacqueline Fernandez, and Shraddha Kapoor are also expected to attend the wedding. However, the Bachchan family may not be a part of the celebrations, as per reports.

The Sangeet ceremony had taken place on Saturday night and the Mehendi ceremony was reportedly hosted on Friday, in the presence of family and friends. Famous celebrity mehendi artist Veena Nagda was present for Varun and Natasha’s mehendi. For the uninitiated, Veena happens to have done the bridal mehendi of several A-listers including Sonam Kapoor Ahuja and Deepika Padukone.

Varun and Natasha, who are getting married on the outskirts of Mumbai, reportedly have a strict phone policy in place for the wedding festivities.

Ever since the news about the couple’s wedding broke out, social media has been flooded with ‘#varunkishadi’ and other trends, celebrating the happy news.

Varun and Natasha reportedly knew each other since their school days. The two fell in love when they met at a music concert years later.

However, the duo has always kept their relationship low-key. Varun publicly acknowledged that he is dating Natasha when he posted a photo featuring himself with his girlfriend on her birthday in 2019.

Meanwhile, on the work front, Varun was last seen in his father David Dhawan’s ‘Coolie No.1’, co-starring Sara Ali Khan. The actor will be next seen in ‘Jug Jugg Jeeyo’ alongside Anil Kapoor, Kiara Advani, and Neetu Kapoor.