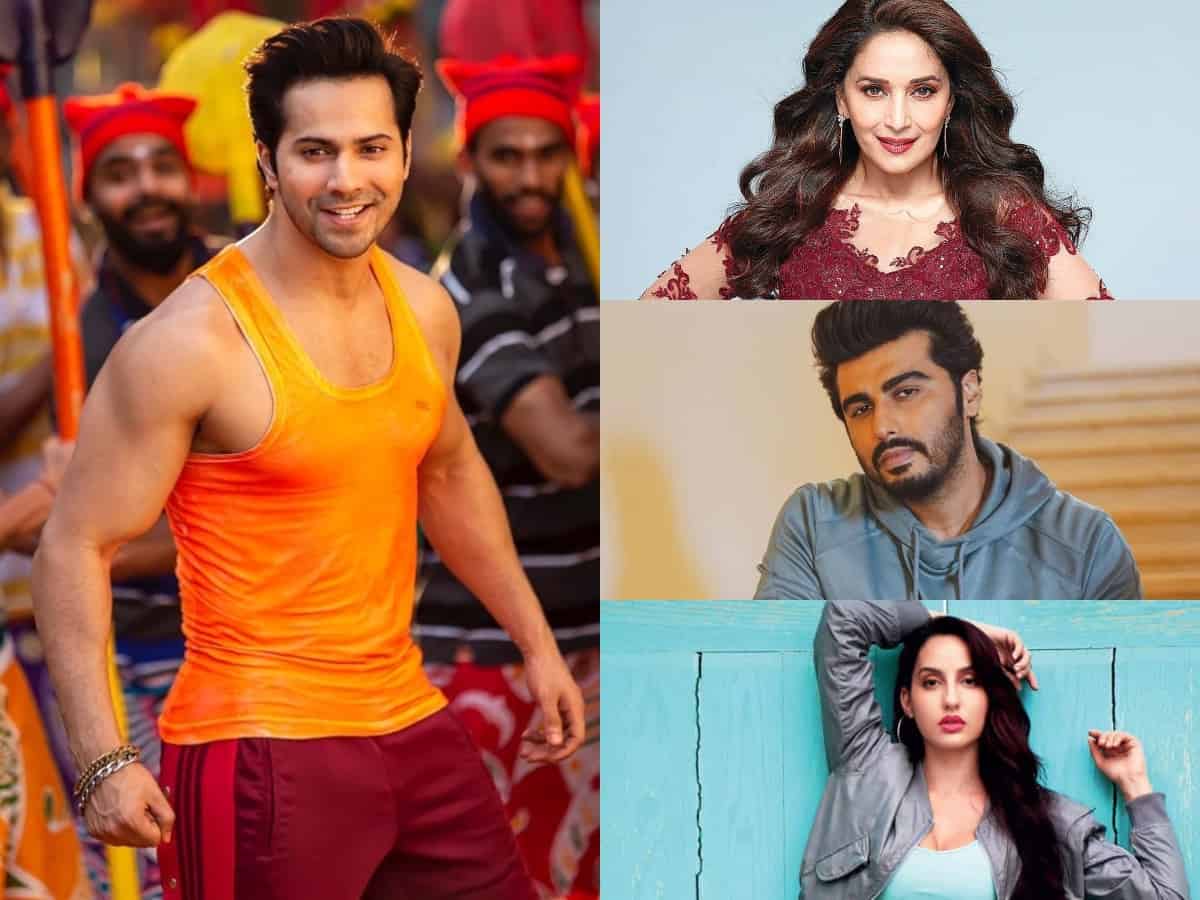 Arjun broke the internet with his hilarious birthday wish for his dear friend, calling Varun the ‘shirtless wonder’ of Juhu. He took to his Instagram handle and uploaded a video montage with funny pictures of Varun in his various shirtless avatars, comparing him to Mowgli. Arjun captioned the post as, “To the shirtless wonder of Juhu, Happy Birthday! @varundvn.”

Bollywood’s ‘Dhak Dhak’ girl Madhuri Dixit Nene also wished the birthday boy on her Twitter handle by sharing a photo with him, along with the tweet, “Happy Birthday, @Varun_dvn. May your year ahead be as charming as you. Lots of love.”

Tiger Shroff also shared a photo with Varun on his Instagram story and wrote, “Happy bday @varundvn have an amazing year ahead lots of love stay healthy.”

Nora Fatehi, who has been Varun’s co-star in Street Dancer 3D, took to her Instagram stories and penned a lovely birthday wish for the actor. In the selfie, we could see Varun and Nora getting goofy with filters and well, it reminded fans of the fun shoot days of Stree Dancer 3D. With it, Nora wrote, “Happy Birthday.”

Meanwhile, on the work front Varun Dhawan, who was last seen in his father David Dhawan’s ‘Coolie No. 1’, co-starring opposite Sara Ali Khan, recently completed shooting for the horror-comedy ‘Bhediya’ along with Kriti Sanon in Arunachal Pradesh.

The movie that is slated to release in cinemas on April 14, 2022, will mark the ‘Badlapur’ star and ‘Heropanti’ star’s third collaboration with each other after sharing screen space in 2015 rom-com ‘Dilwale’ and 2019 ‘Kalank’.