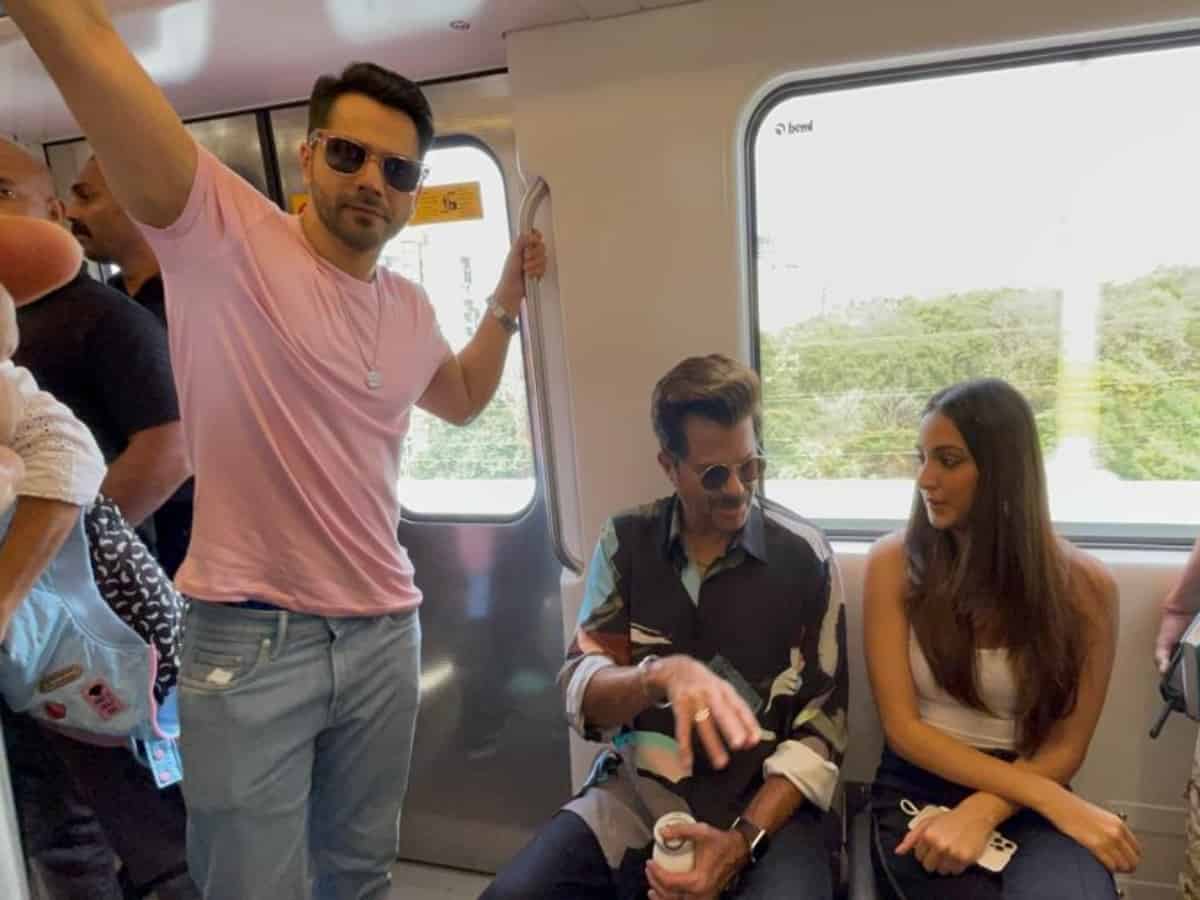 The duo recently won people’s hearts by taking a metro to promote their film. Accompanied by Anil Kapoor, Kiara and Varun were seen commuting by Mumbai metro to beat the traffic and save time amid hectic promotions.

In a video, the duo was also seen savouring Vada Pao inside the metro, embracing the True Mumbaikar in them! In fact, Varun seemed to have really liked his short journey on the metro, he went ahead and said that he has come to realise that the best way to save time during peak traffic hours is to take a metro!

Varun was casually dressed in a pink t-shirt and denim while Kiara looked gorgeous in a white tank top which she paired with black jeans.

‘Jug Jugg Jeeyo’ is set to hit the theatres on June 24 and has already created mass hysteria around it. Even the song ‘Nach Punjaaban’ from the movie has been creating a lot of buzz on Instagram lately with many actors posting videos of them dancing to the tunes of the song.