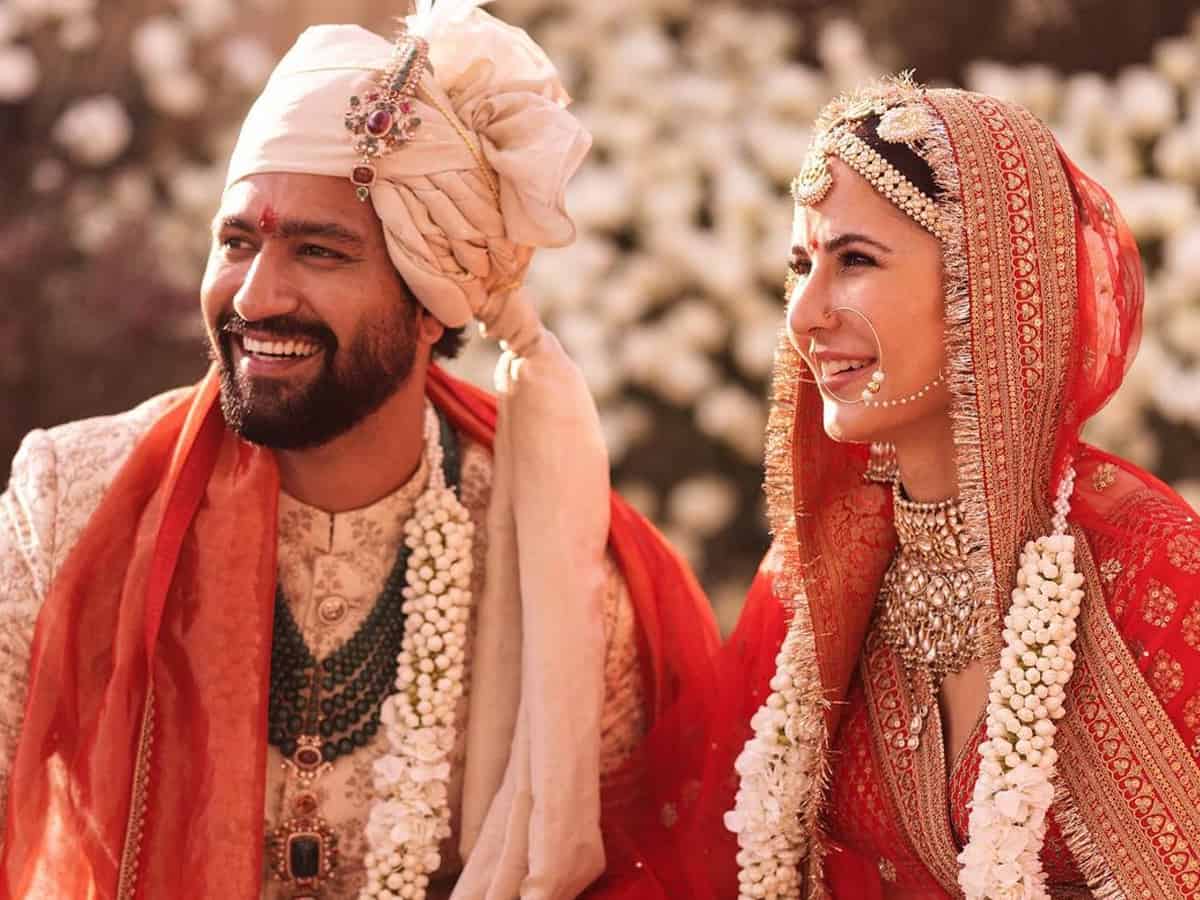 Mumbai: Bollywood actors Ritesh Deshmukh and Maniesh Paul had turned hosts at the IIFA Awards 2022 which took place in Yas Island, Abu Dhabi, and kept the audience entertained with their splendid comic timing and antics. One instance that has left the viewers in splits is when they recreated Vicky Kaushal’s wedding with Katrina Kaif.

In a video that has been going viral on the internet, we can see Ritesh Deshmukh and Maniesh Paul taking out Vicky Kaushal’s baraat along with his parents Sham Kaushal and Veena Kaushal. Vicky is made to sit on a dummy horse and the most hilarious part of the entire incident was, him exchanging a flower garland with Katrina Kaif’s cut-out.

Check out the hysterical video here:

For the unversed, Vicky Kaushal and Katrina Kaif had tied the knot on December 9 in a hush-hush three-day wedding affair at the Six Senses Fort Barwara in Sawai Madhopur, Rajasthan.

Meanwhile, Vicky Kaushal also won the Best Actor award for his performance in Sardar Udham at IIFA 2022. On the work front, he has ‘Govinda Naam Mera’, ‘The Great Indian Family’, and ‘Dunki’ in the pipeline.