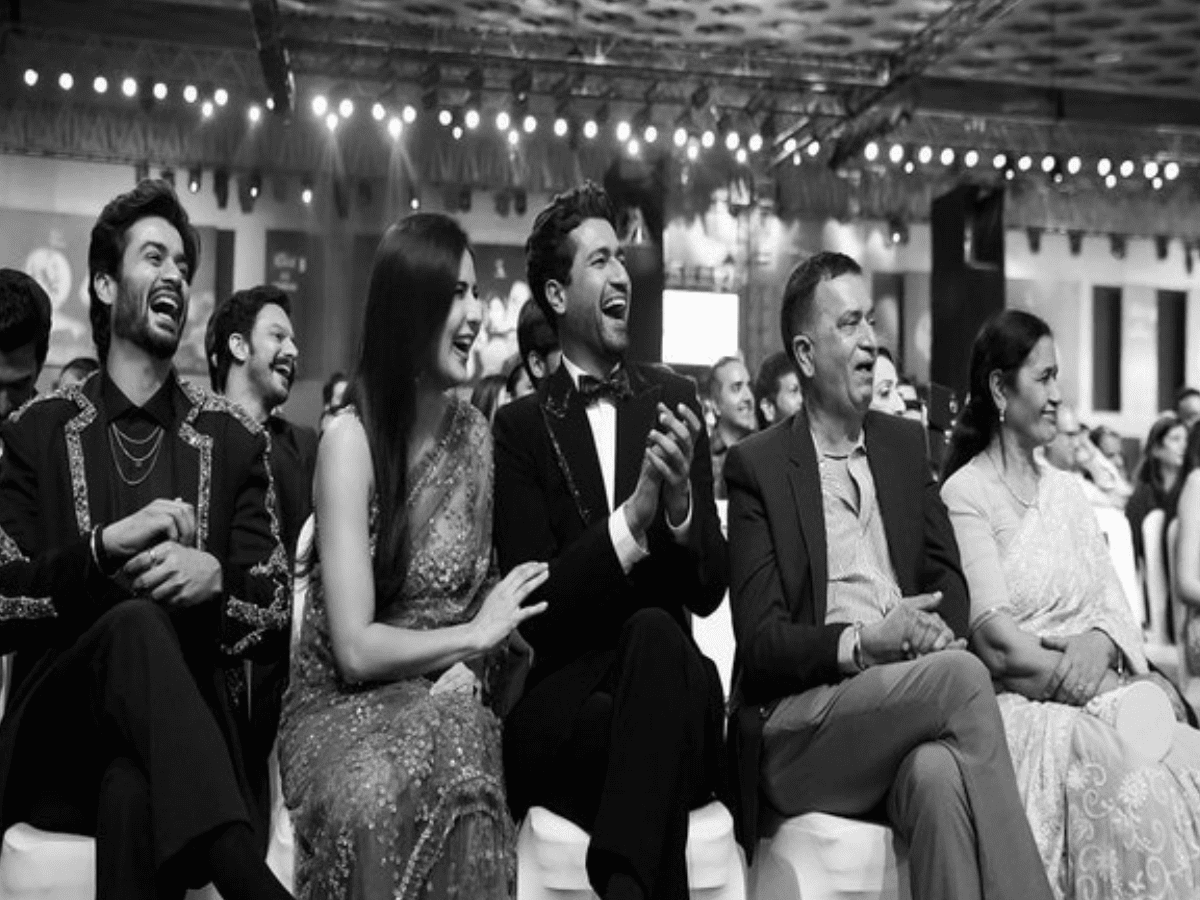 After winning the Best Actor (Critics’) award for his performance in ‘Sardar Udham’ at the 67th Filmfare Award on Tuesday, Vicky expressed his gratitude to his father Sham Kaushal, mother Veena Kaushal, brother-in-law Sunny Kaushal and wife Katrina Kaif.

Sharing a candid group picture of them on his Instagram account, Vicky wrote, “My pillars. My strength. My everything. #blessed.”

The picture was taken at the Filmfare Awards.

Vicky is seen sitting next to Katrina in the monochromatic picture, while his father and stunt director Sham Kaushal sat on his other side. Sunny Kaushal was sitting next to his sister-in-law, while their mother Veena was on the chair next to her husband. Vicky, Katrina, and Sunny were laughing their heart out while Sham and Veena were also smiling in the candid snap.

The fam-jam picture has garnered several likes and comments.

Earlier, he penned a heartfelt note about his win, writing, “Living the dream…One Film at a time. Only gratitude in my heart for each and everyone whom I met in this journey. Wouldn’t be holding my first Best Actor trophy without the faith and trust of Shoojit Da. Thank You Sir and Thank You Team Sardar Udham for everything. Ganpatti Bappa Morya.”

‘Sardar Udham’ is a biopic of freedom fighter Sardar Udham Singh, who assassinated Michael O’Dwyer, the former Lieutenant Governor of Punjab in British India in 1940, to avenge the 1919 Jallianwala Bagh massacre.