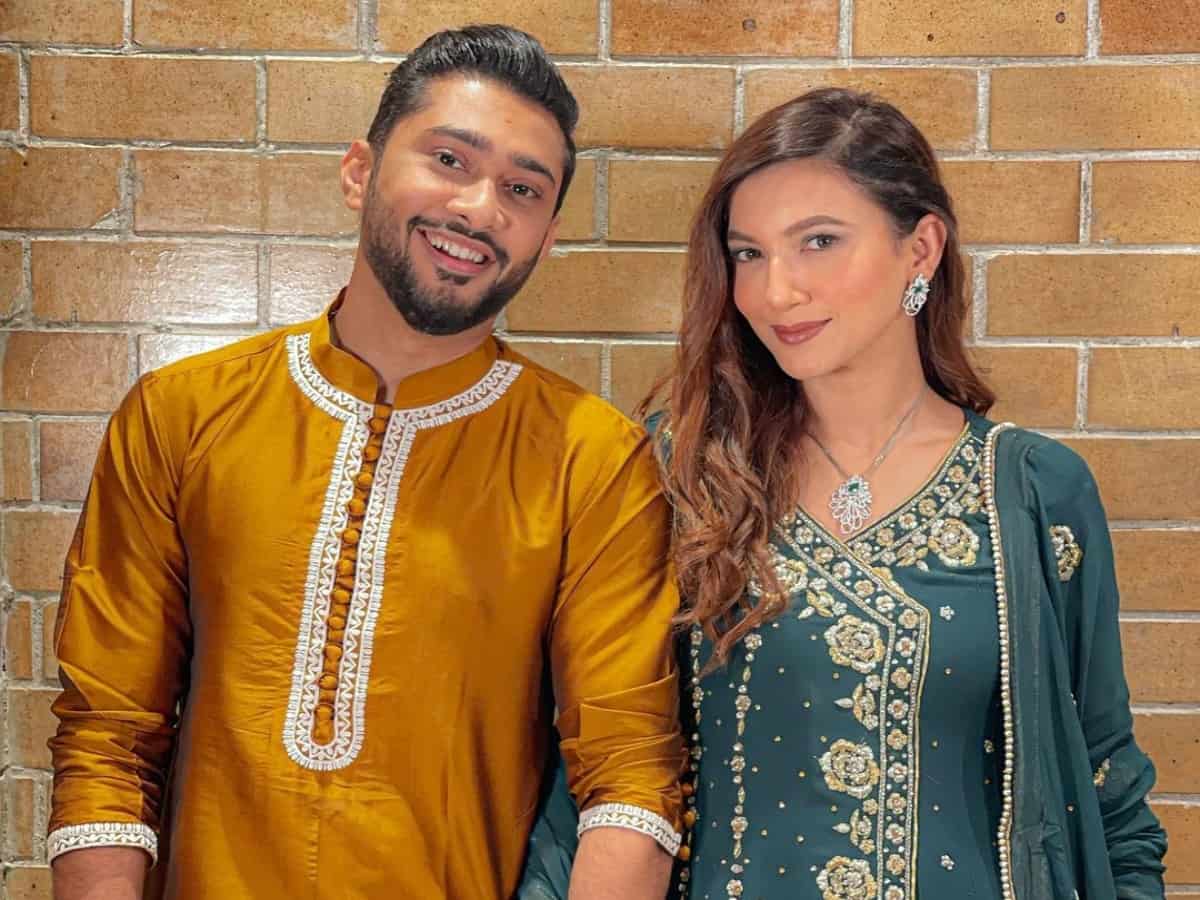 Mumbai: Actress Gauahar Khan opened up on doing a Bollywood project with husband-choreographer Zaid Darbar and said they are already getting offers. The couple tied knot in low-key ceremony on December 25, 2020 in Mumbai.

Recently, Zaid Darbar launched a dance studio – Atrangz in Versova, Mumbai. Meanwhile, Gauahar too was present at the studio launch and she came in to cheer for her beau. She along with Zaid’s parents and family came to wish him all the luck.

Gauahar even spoke to the media at the launch and praised all the effort done by Zaid and his team to design the studio. The couple spoke to ETimes and opened up about their plans to do a film together. Gauahar Khan said, “Well, there are a lot of offers. We are getting very good one’s. But waiting to choose the right one.”

Further Zaid Darbar said, “Gauahar ma’am is very choosy. When she picks the right offer, we will definitely do it.”

Gauahar Khan announced her marriage with Zaid Darbar in November last year and it was bit surprise to her fans. Although speculations were already rife about the same when the former entered the Bigg Boss 14 house as a challenger, the news was confirmed much later.