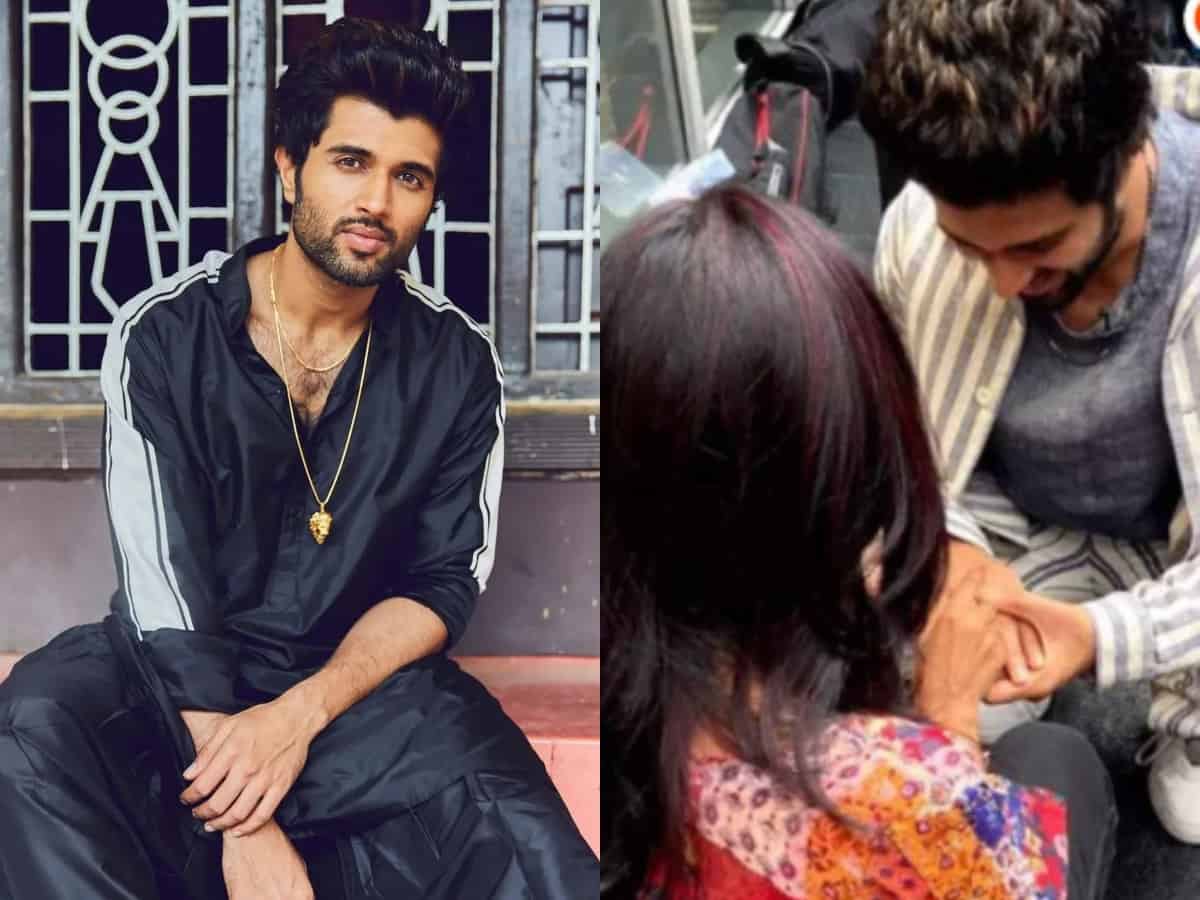 Bengaluru: Fans often proved that they can go to any lengths to showcase their love for their favourite actors. They sometimes just go overboard and come up with things that are really unexpected. Something similar happened with actor Vijay Deverakonda who is currently the nation’s heartthrob.

During the promotional event of his movie ‘Liger’ in Bengaluru recently, a young female fan surprised Vijay with a ring. In the video that surfaced on social media, she can be seen going on knees to propose the actor and places the ring on his finger. Reportedly, Vijay Devarakonda turned speechless for some time promised her to keep the ring till he completes the promotions in the city.

A few days ago, another female fan met Vijay Deverakonda and showed that she had her favourite actors’ face tattooed on her back. The Liger actor can be seen amused with his fan’s love, later gives her a side hug and posed for a picture.

Vijay Deverakonda is currently on cloud nine as his first ever pan-India film ‘Liger’ made its way to the screens today. The Puri Jagannadh directorial, that stars Ananya Panday in the female lead, has carried a huge buzz ever since its inception. It has opened up with good openings as audiences have been thronging theaters to watch the movie across the country.

In association with Puri Connects, the film is being produced jointly by Bollywood’s leading production house Dharma Productions. Puri Jagannadh, Charmme Kaur, Karan Johar and Apoorva Mehta together have bankrolled the film.