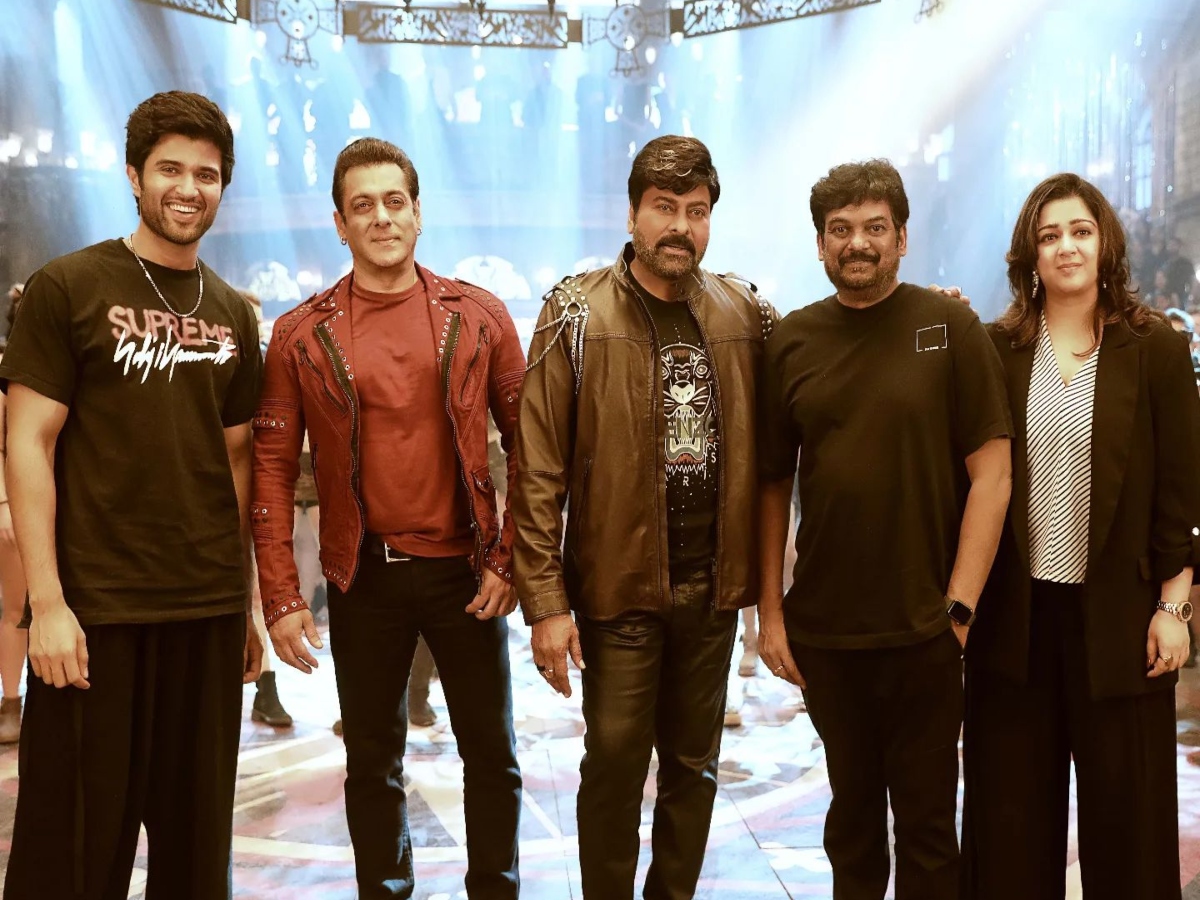 Hyderabad: The crew of the film ‘Liger’, which included Charmme Kaur, Vijay Deverakonda, and director Puri Jagannadh, paid a visit to the set of megastar Chiranjeevi’s highly awaited film ‘Godfather.’

In a unique set built in Mumbai, the ‘Godfather’ crew was filming a special song, which will have India’s superstars Chiranjeevi and Salman Khan shake their legs together.

As they visited them on the sets of ‘Godfather,’ the ‘Liger’ team, which was busy promoting their film in Mumbai, received the stars’ blessings for their movie’s upcoming theatrical release.

A picture of them all together, has become viral: Salman Khan, Chiranjeevi, Vijay Deverakonda, Puri Jagannadh, and Charmme Kaur are featured in the picture from the sets of ‘Godfather’.

The movie ‘Godfather,’ which is being directed by Mohan Raja and produced by Konidela Production Company and Super Good Films, is billed as a political thriller action movie. The movie is a remake of ‘Lucifer,’ a 2019 Malayalam film.

On the other hand, Vijay Deverakonda-starrer ‘Liger’ will hit the screens on August 25.