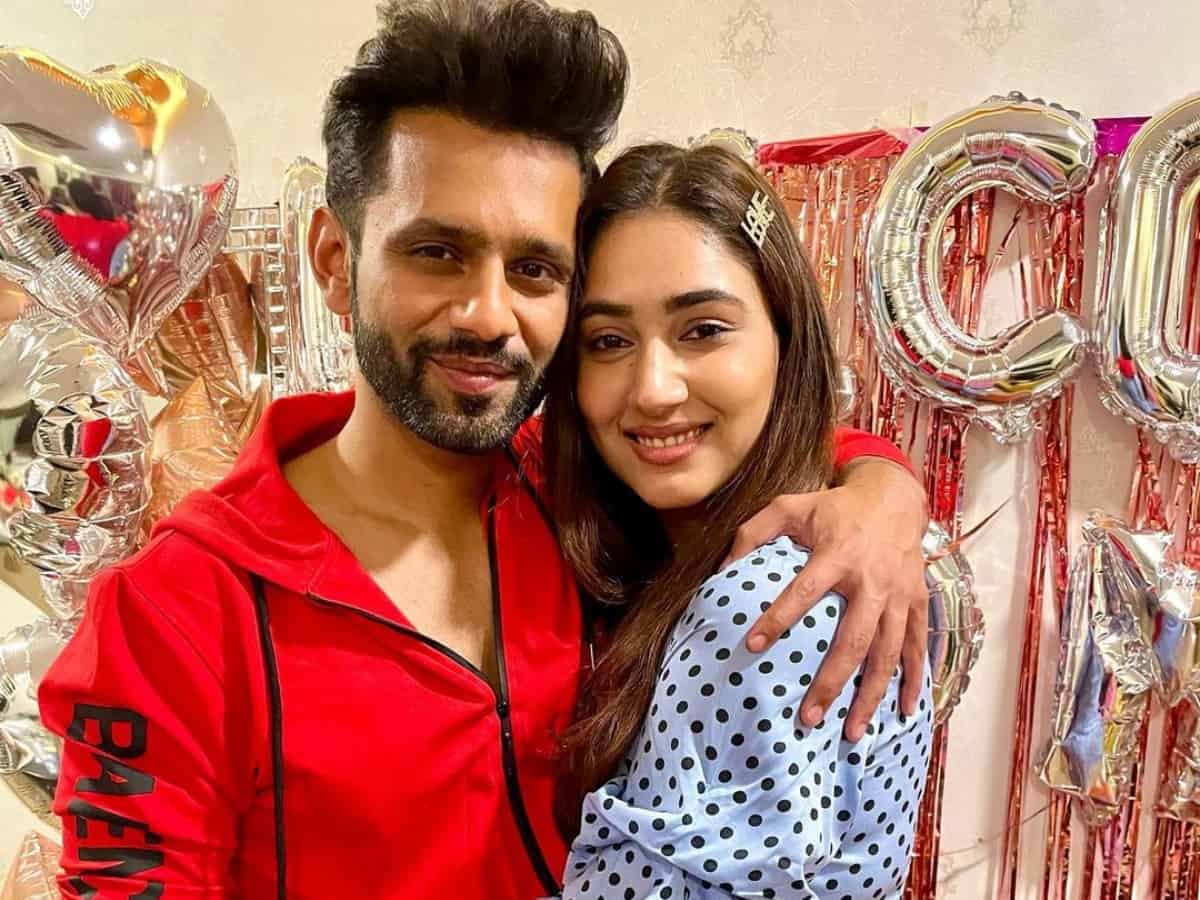 Mumbai: Bigg Boss 14’s first runner-up Rahul Vaidya is all set to leave for Cape Town, South Africa on May 6 to participate in Rohit Shetty‘s stunt-based reality show Khatron Ke Khiladi season 11. Ahead of the departure, the singer was in for a pleasant surprise recently when his ladylove Disha Parmar gifted him an luxury Gucci watch which is estimated to be worth Rs 71,000.

Rahul Vaidya took to his Instagram stories and shared the video of the moment when Disha gifted the watch to him. In the video, Rahul can be seen asking her the reason behind the surprise and Disha reveals that it is because he is heading for the shoot of KKK 11.

However, the actress was disappointed that the store forgot to include a ‘cute letter’ that she had written for him. Disha read out the note from her phone, “A little parting gift as you get on another adventurous journey and obviously, you are going to rock that too. Love you too much, DP.”

Disha Parmar and Rahul Vaidya are head-over-heels in love and have been inseparable ever since they made relationship public. The couple has been painting the town red with their love.

Speaking about Khatron Ke Khiladi 11, apart from Rahul Vaidya, Arjun Bijlani, Anushka Sen, Divyanka Tripathi, Varun Sood, Sana Maqbul, Abhinav Shukla, Nikki Tamboli amongst others are said to be taking part in the show. According to reports, Rahul Vaidya is the highest paid celebrity on the stunt based reality show.