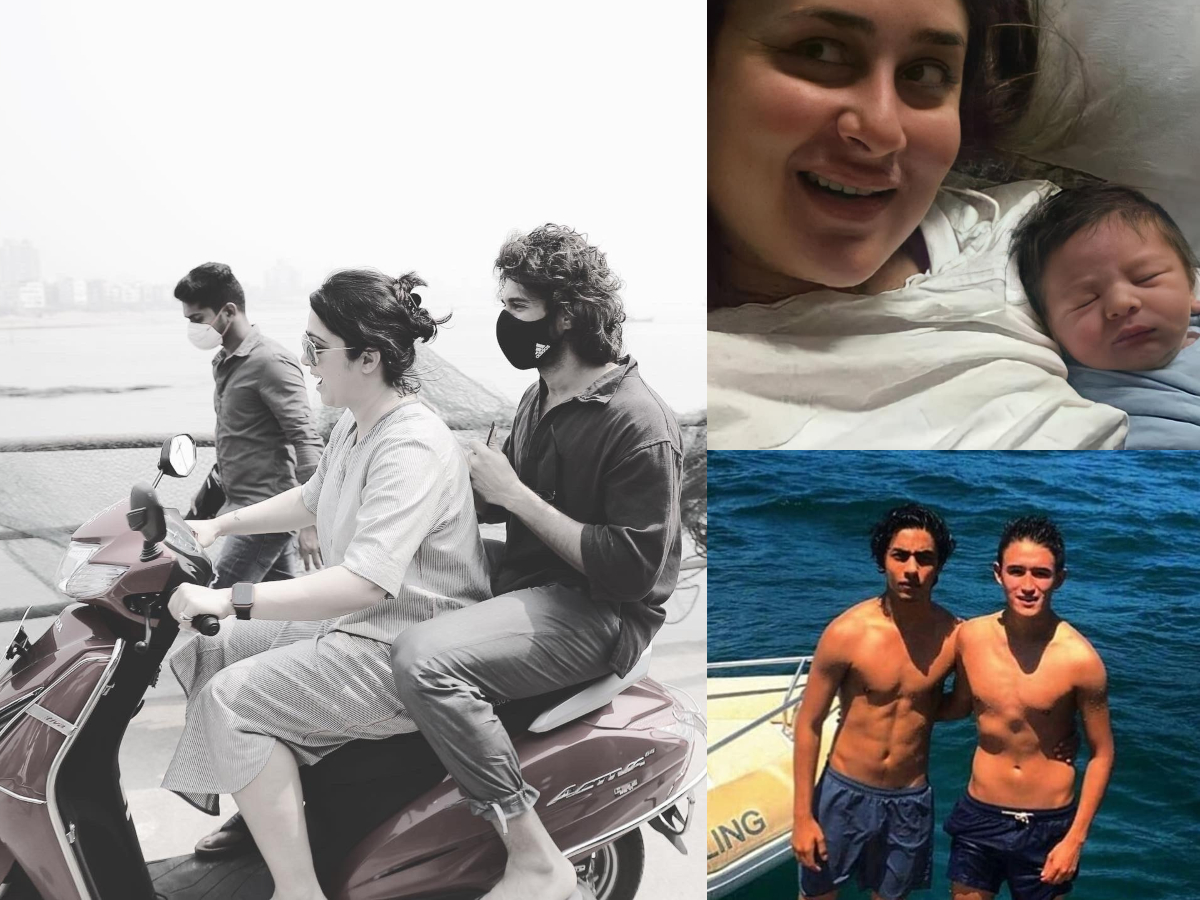 Mumbai: It’s Saturday today and as usual pictures of your favourite celebrities are taking internet by storm. Both paparazzi and the stars make sure that they treat netizens with viral social media posts which gives us a peek into their daily lives.

In today’s viral pictures, Vijay Devarakonda, who is currently in Mumbai prepping for the release of his upcoming film Liger, was spotted taking a fun scooty ride on the city streets along with his co-star Charmi. Pictures were shared by Charmi, where the actress was seen riding the scooty and Vijay can be seen as pillion rider.

On the other hand, actress Kareena Kapoor Khan is just sometime away from her delivery and her overwhelmed fans are sharing throwback pictures of the actress after she gave birth to her first baby Taimur Ali Khan. In the photos that are re-surfacing on social media, Kareena can be seen in a hospital with newborn Taimur by her side.

B-town’s King Khan, Shah Rukh Khan along with his sister Shehnaz Lalarukh Khan were spotted at Mumbai’s Gateway of India as they made their way to their waiting boat.

Shah Rukh Khan’s son Aryan Khan is on the top spot on the list of trends ever since he was spotted at the IPL 2021 auction event. Today he is once again taking the internet by storm with his shirtless, where he can be seen posing for the camera with his friend by what appears to be seaside.